I’m not a college baseball guy. Never have been, but every single June when the College World Series is on, I’m reminded of just how electric the sport is.

My headline was a little sensationalized, but this is one of the worst ways I’ve seen a season end in sports, period. I think of the Lucas Duda throw in the 2015 World Series as a Mets fan, but that didn’t end the game. You think of Bill Buckner’s error, but there was still game 7 to be played. Obviously the ramifications of a World Series vs. the opening region of the college baseball tournament are much different, but look at the situation. 3-2. 2 outs. Bases loaded. You are at home up 3 runs in an elimination game. And buddy hits the ball to the moon:

I have no idea who this pitcher is, but I feel awful for him: 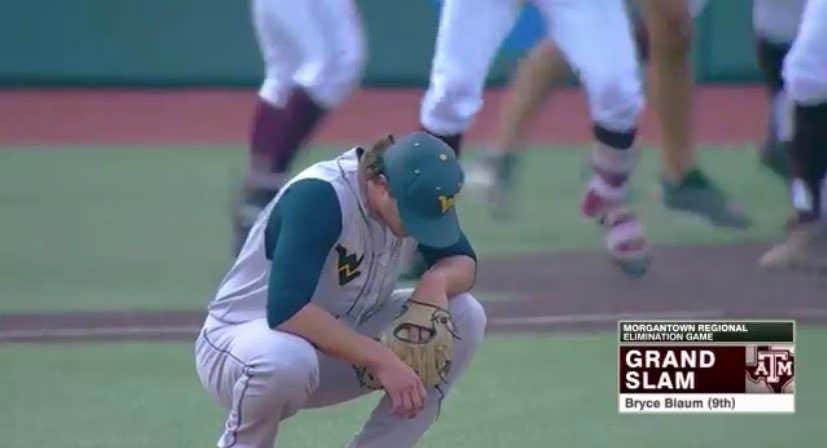 Just an awful way to end a season.