This didn’t happen to me but if you had Over 213.5 last night you were screaming at your T.V. The way the game was going you pretty much thought you had it in the bag but once you start to think that everything goes South. If you gamble everyone had muttered to themsleves, “There is just know way this can’t hit” throughout the game. Then that buzzer goes off and you sit there thinking about how much you owe.

Take a look at this drought. 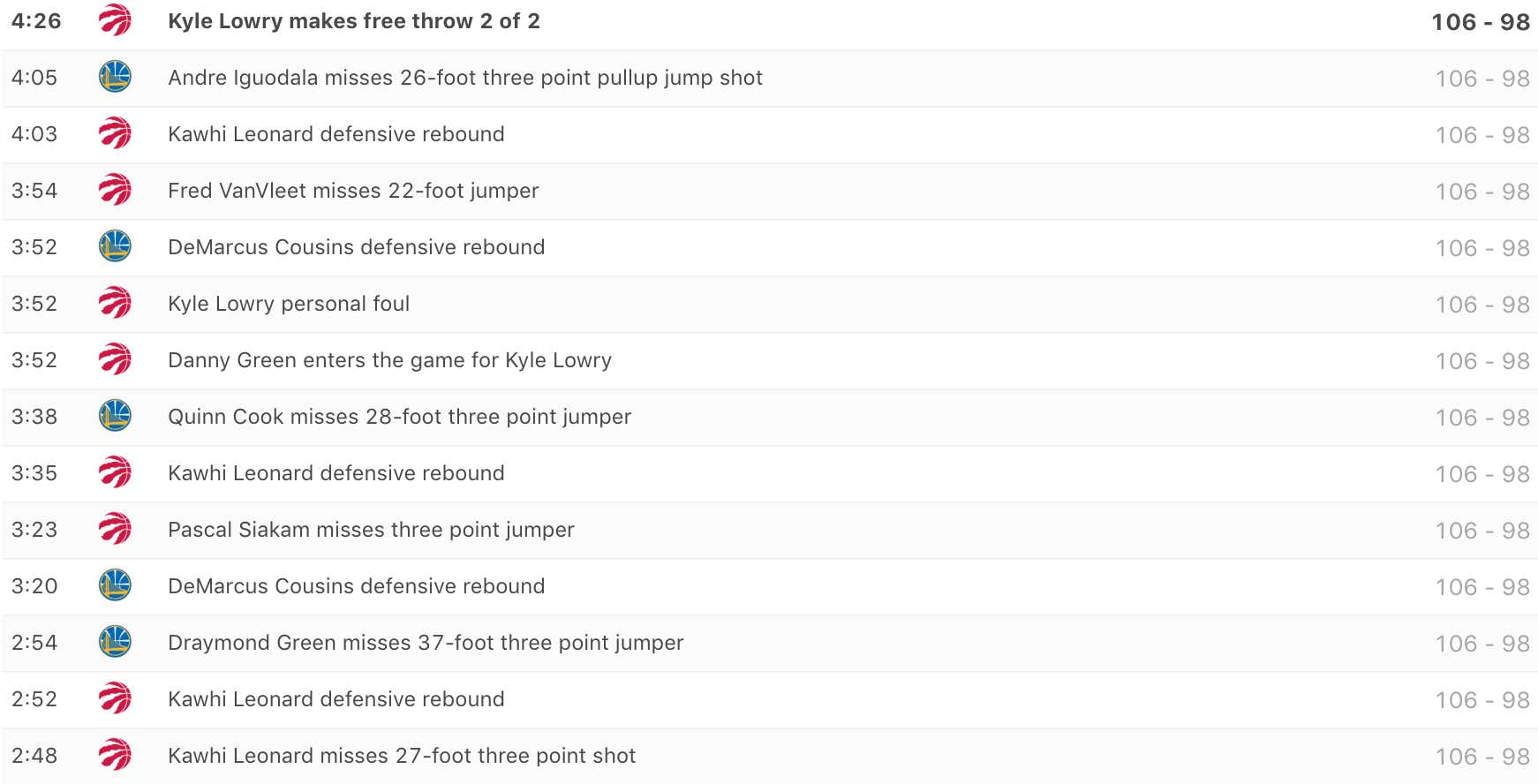 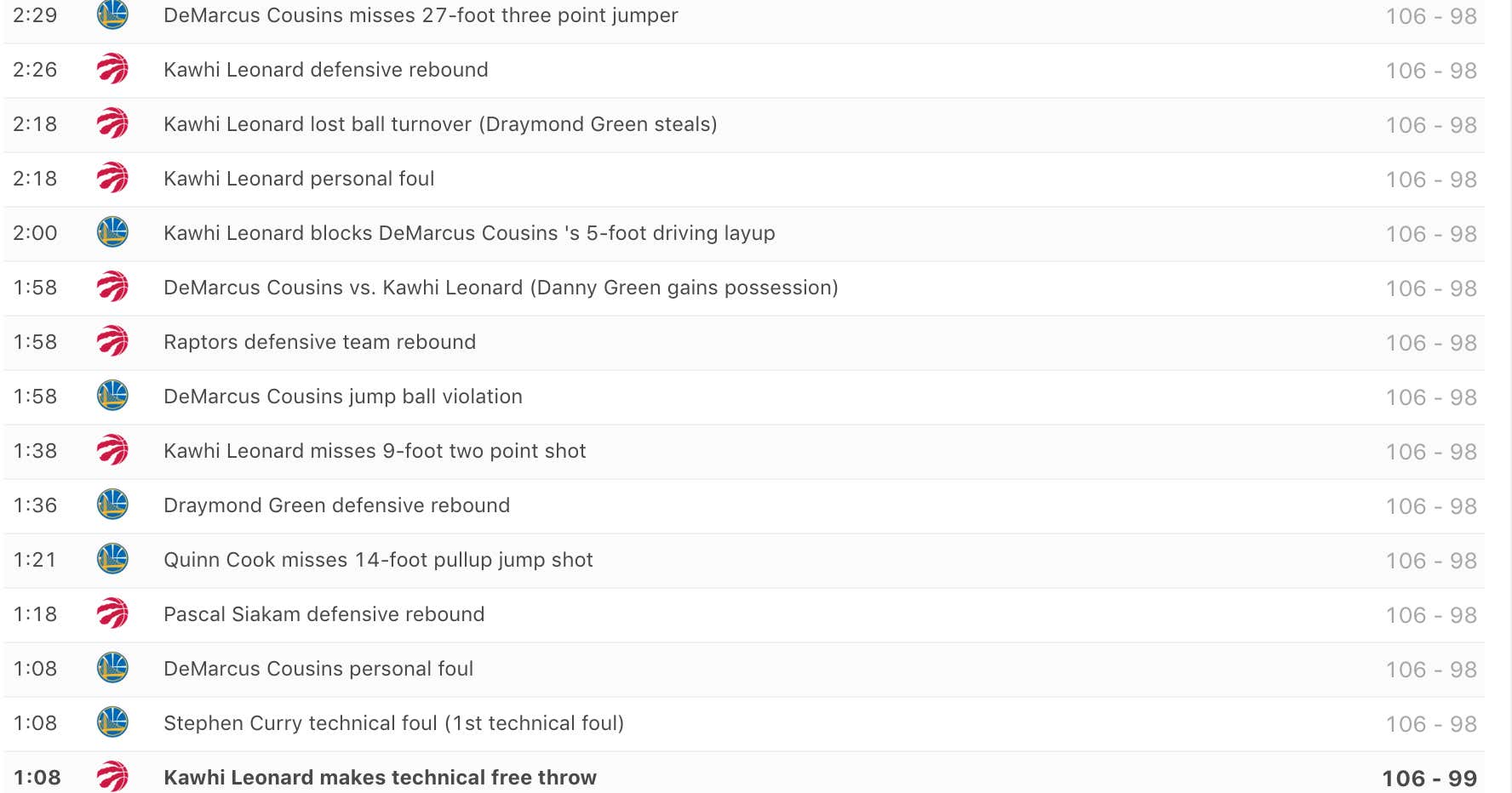 I just took out my calculator and this was 3 minutes and 18 seconds of no scoring. The Over only missed by a half of point and when you start to think about it you want to rip your hair out. You start saying to yourself ” I can play for three minutes in the NBA and score 1 point” or ” This bet shouldn’t count”. It seemed like they were just chucking up threes the entire time and ruining everyones dreams.

For everyone who just bet the game straight up, it was a back and forth game. Obviously Golden State went on a 11-0 run and kind of had it from there but Steph was throwing up on himself or some shit so that was worrysome. Im still baffled anyone put money on the Raptors solely for the fact of common sense. In what world do you see the Warriors go down 2-0. The next game is a mind fuck but we will cross that bridge when we get there. Hopefully you were on the right side of the Sunday night bailout.