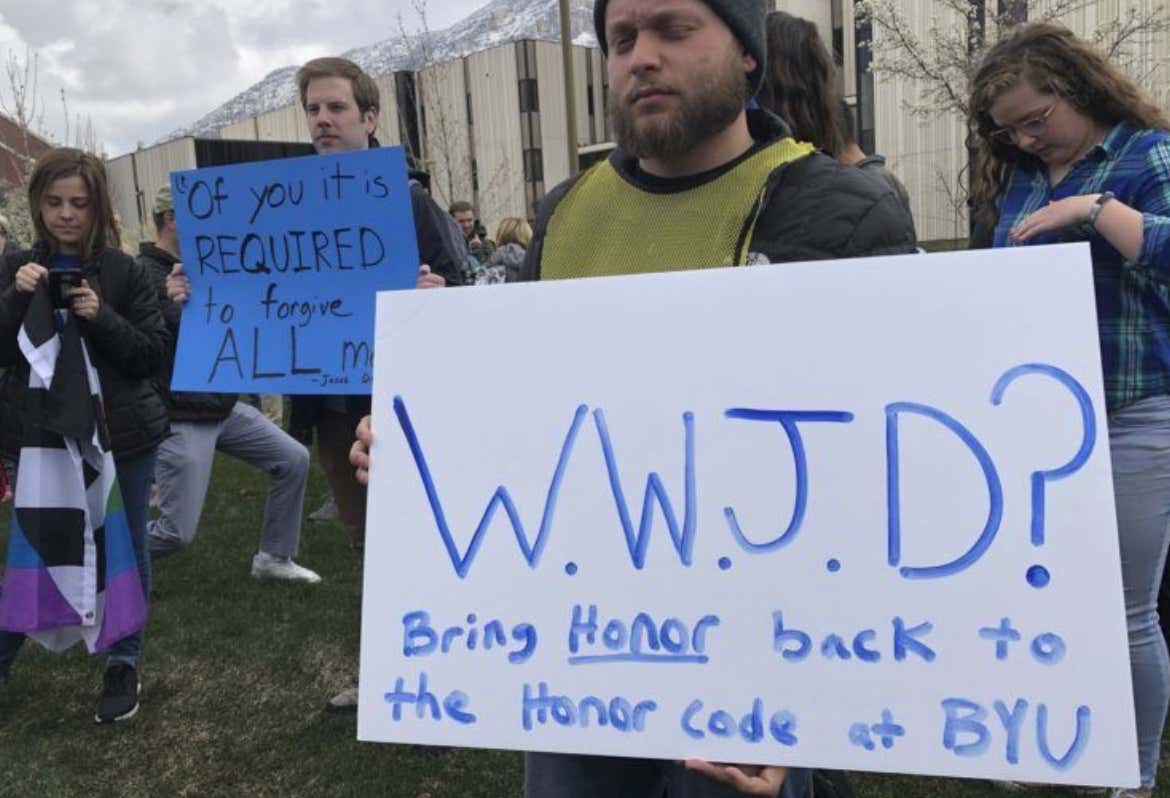 Remember that cougar who disrespected the Mormon church and started dancing like the devil?

That was a slippery slope!!!! Now, we are at the point where Starbucks **gasp** are being put on campus!

You may be thinking, why is this news? Well, according to The Church of Jesus Christ of Latter-day Saints, it is against the rules of Mormonism (aka the Honor Code) to use anything with caffeine in it.

SOURCE-“As our first location to open in Provo,” a company spokesperson said in an email, “we are thrilled to become a part of the neighborhood and serve as a gathering place for citizens of the community.”

If I were a member of the BYU community, I don’t know if I’d believe this. May be too good to be true. Is this a front by BYU to see which students are breaking its rules? They could put undercover Mormon cops as Baristas and before you know it you are on a list.