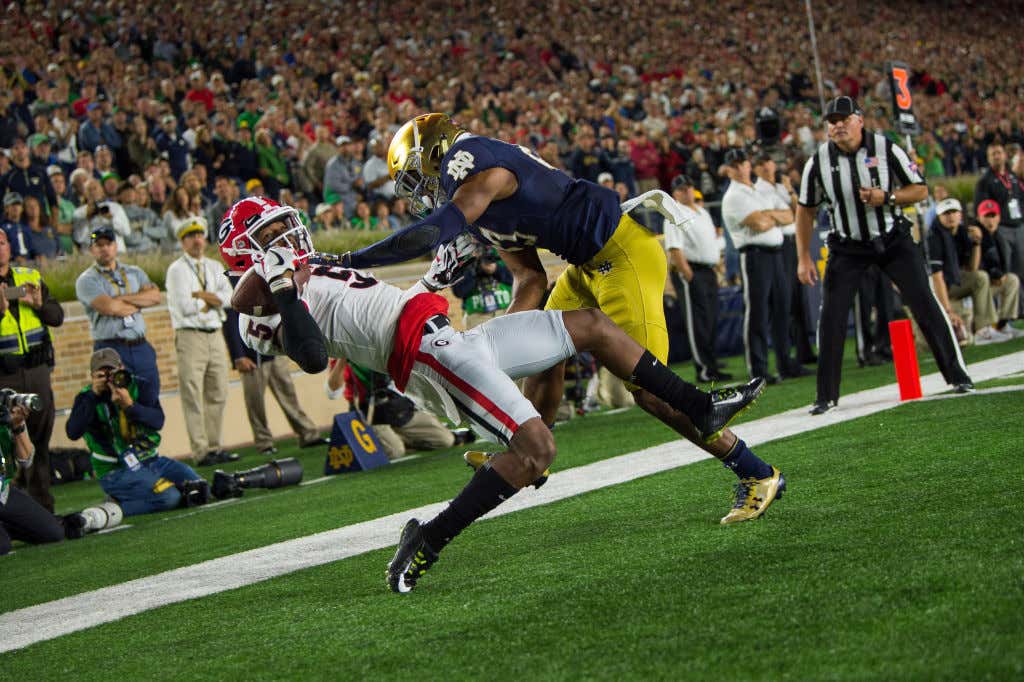 One of my favorite parts of the college football season is when historic teams go up against each other in non-conference play. Of course, Michigan-Notre Dame and Florida State-Florida (among others) are great, but when two teams that typically don’t play each other go head to head my juices get flowinggggg.

Two years ago I absolutely loved when Georgia played Notre Dame. This year is the second game in their home-and-home series. It is also the most expensive ticket on the college football market at the moment. Just how expensive you ask? 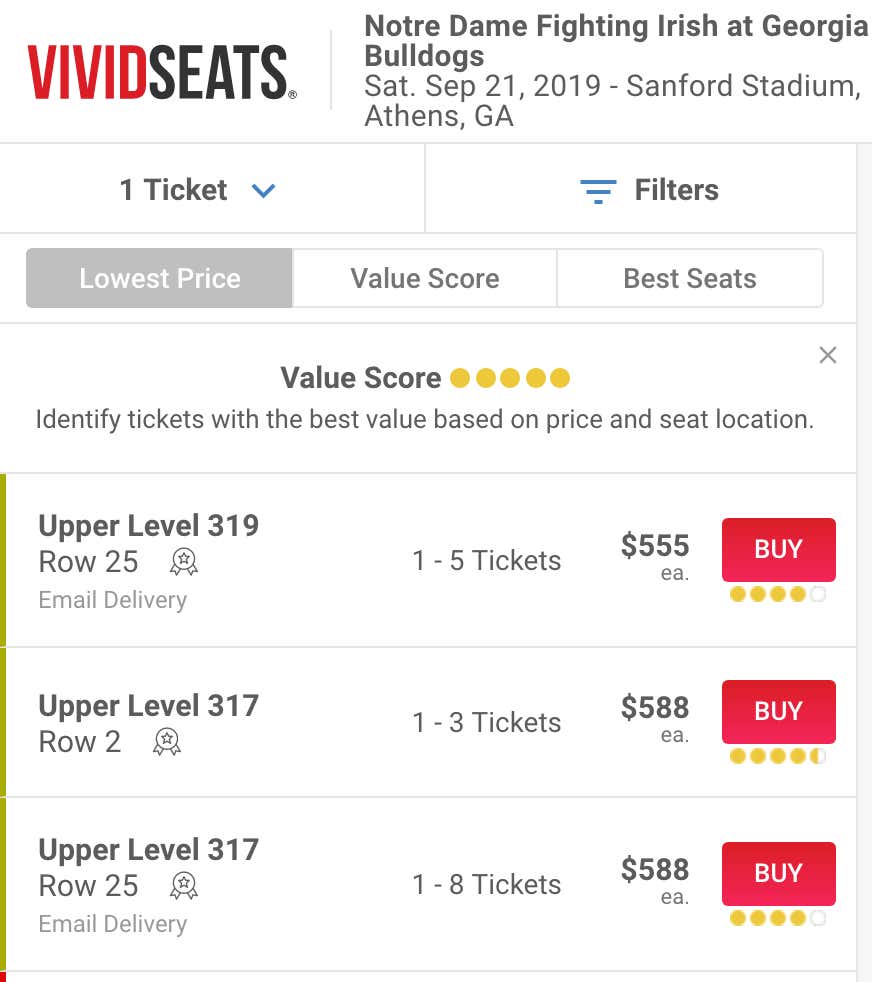 SOURCE-That asking price was $278 more than that for the next-closest game – the cheapest seats for Alabama at Auburn were $277 – and yet some sellers are asking far more for their tickets to see the Bulldogs host the Golden Domers. Of the 273 individual seats or sets of tickets for sale on Vivid Seats’ site Tuesday, 115 sellers (or 42%) were asking for $1,000 or more per seat.

If you do a little math, you’ll see it’s 2x more expensive to go to the Notre Dame – Georgia game than it is to go to the second most expensive game this season.

It makes sense. Both Georgia and Notre Dame have big expectations this season. 2017’s game was electric as well. Let’s not forget that Georgia fans took over South Bend in 2017: 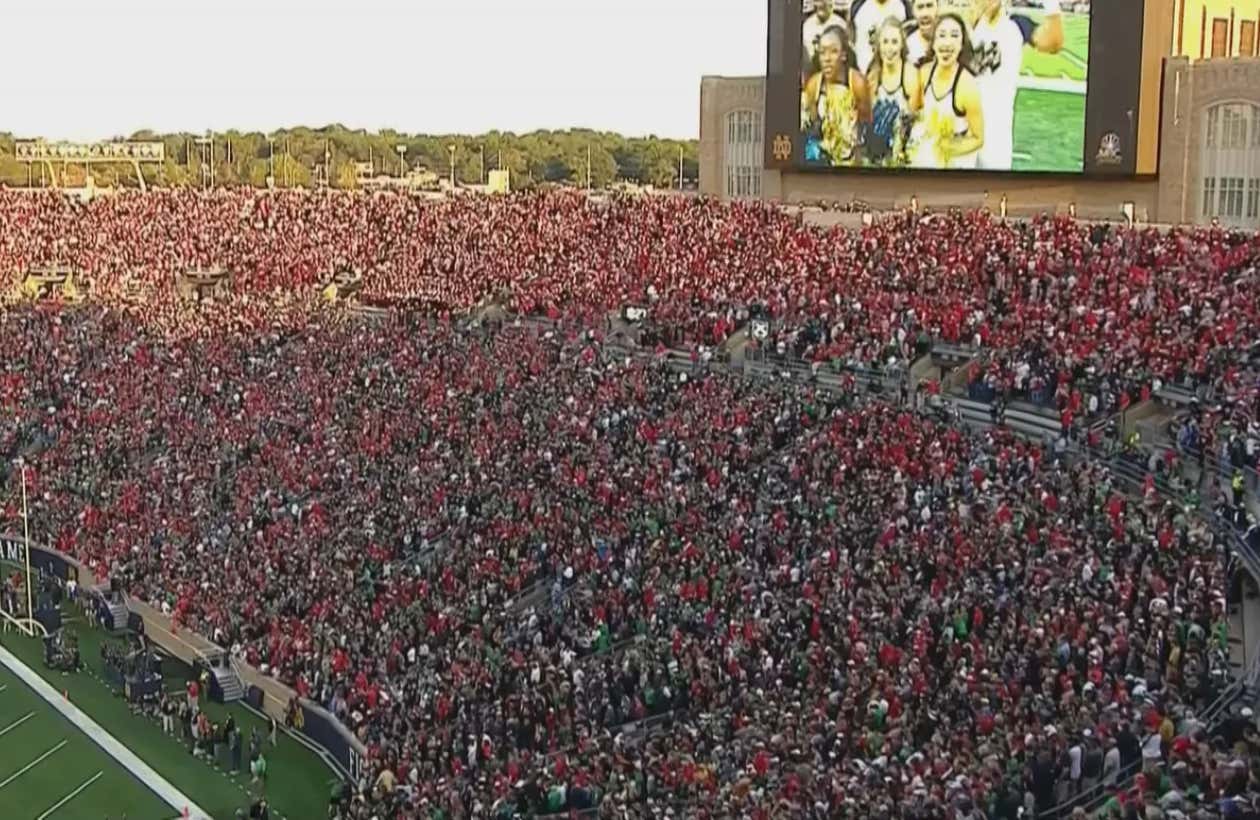 And Kirby Smart had one of the best digs in recent college football history: