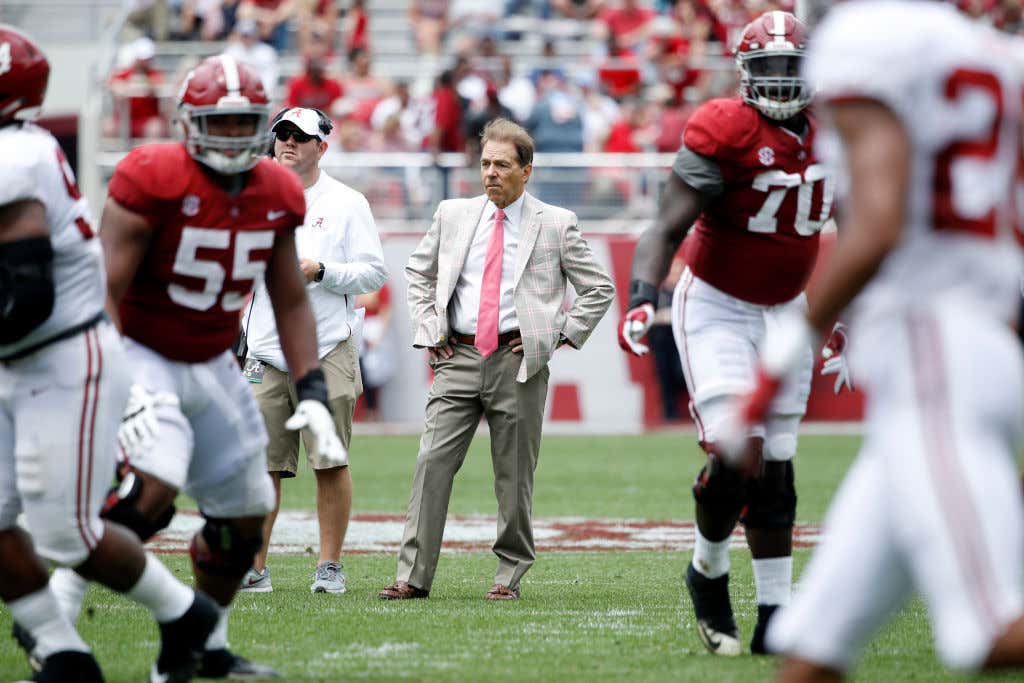 As usual with odds like these, they are for promotion. Betting on this is dumb and the limits are incredibly low. Why have your money tied up for 3+ years on something you have zero edge on? The legitimacy set aside, the lines are interesting. If you put a gun to my head and forced me to bet those odds, I’d take beyond 2025. Why? I’m on record saying that Nick Saban won’t stop coaching until he dies. I think it’s more likely that Saban dies on the sideline than it is to see him retired before 2022.

Today, at a golf course (he’s pretty much already retired), Saban was asked about those odds:

SOURCE-“That’s the first I’ve heard of that one,” Saban said Thursday at the Old Overton Club in Vestavia Hills, site of the Nick’s Kids charity golf tournament. “But it’s amusing.”

Noting he was restless during the initial recovery phase, Saban said he can’t envision being idle.

“That’s not something I enjoy,” he said. “That’s not something I want to do anytime soon I can tell you that. I just enjoy being back of a team so much, the relationships. To have Julio Jones come back the first two days I was doing my rehab on my hip, he was there with me doing it. Tua [Tagovailoa] actually came in yesterday when I was doing rehab and gave me a medical examination. Some of these things are really special. So, no time soon. I don’t know what Vegas knows that I don’t know.”

He’s going to coach forever, ya’ll. Get used to it. The year will be 2025, Nick Saban will still be the coach of Alabama and Butch Jones will still be an intern (unlike me).