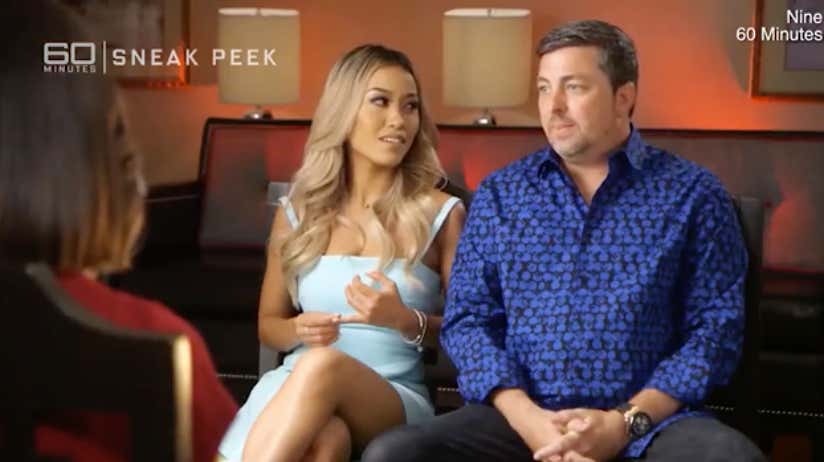 I’ve always found the life of a ‘sugar baby’ interesting. Earlier this year, I blogged the 20 colleges with the most “sugar babies:”

Now we are back with a news story out of Australia about one particular sugar baby, Alex: 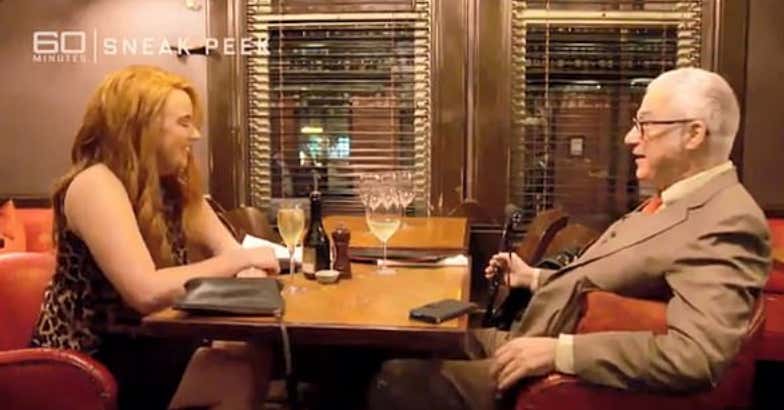 ‘Even if the sex isn’t great, I’ve got money out of it at the end of the day,’ Alex told the news program.

The young woman openly admits she is after her sugar-daddy’s wealth.

Nothing wrong with that. Get that money, sis.

Bob is twice divorced, walks with a wooden cane and is almost three times her age – but Alex insists she was ‘not really’ creeped out by the fact he is old enough to be her grandfather.

Although, I have nothing wrong with the sugar daddy set up, saying you aren’t creeped out by hooking up with a guy who could be your grandpa is going to do nothing but result in me (and everybody else) calling you a liar.

Bob said the arrangement to him was simple – he ‘likes sexy women’ and he’s willing to pay for them and has the cash to do so.

Bob’s not looking to die with any cash. Can’t blame him. 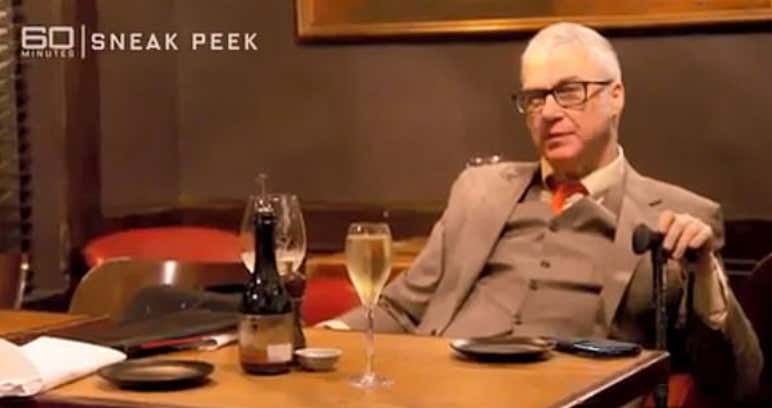 Along with Sugar Daddy Bob, it seems this 60 Minutes Australia piece will feature this woman, who says that she believes not in god but Sugar Daddies: 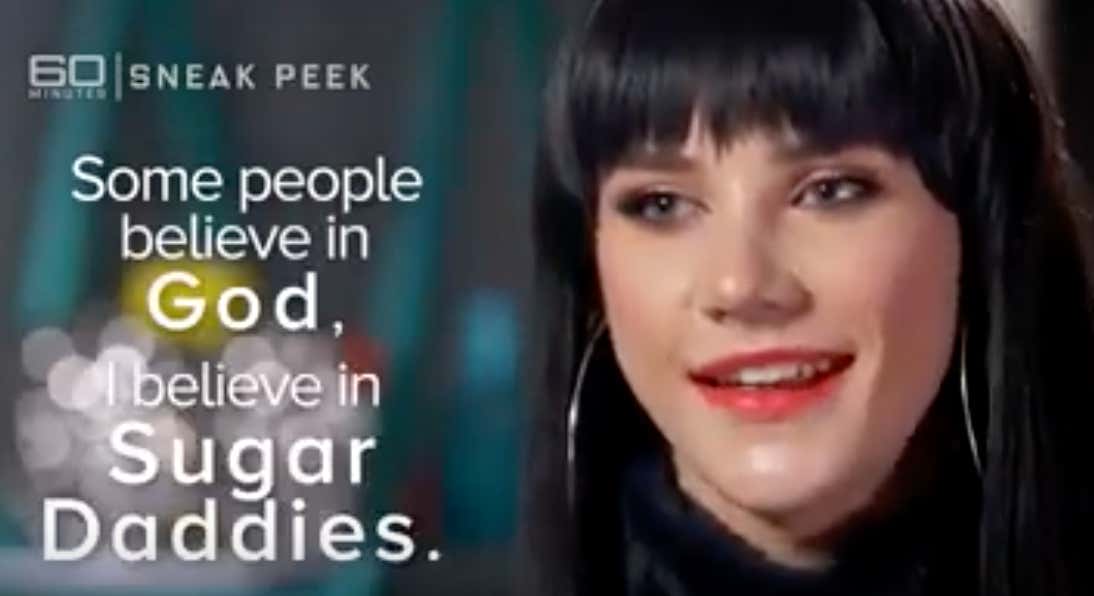 Good for her. If it’s helping the economy I’m all for it, even if it’s Australia we are talking about.

This has become such a trend that Sugar Baby University is becoming a thing. The founder of Seeking Arrangements has set up and his pitch to join it is very convincing:

‘If you are poor and you are constantly hanging out with the poor people, you’re never going to find opportunities in life,’ he said.

Boom. Prove him wrong. You can’t. 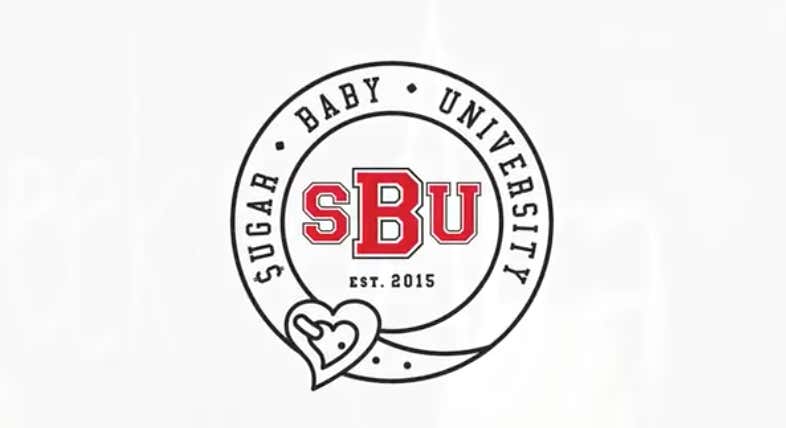