Flashing the horns down with Tom Herman is a big balls move, regardless of who you are. If you see him out on the town and you are hammered, it’s definitely respectable, but once you put this into context it only gets better. The fella flashing the horns down is Parker Andrews, an 8th grader that is already 6’4, 195-pounds. Outside of having the perfect college TE name, he is from Norman, Oklahoma. Obviously, this kid has ambitions to play college football. I’m sure he won’t be taken off Texas board, but to cross off one of the most likely schools to recruit him is a wild move. It is also strategic. He’s probably at the top of Oklahoma’s 2023 board (they probably already have one, which is wild). You think Lincoln Riley isn’t going to see this? 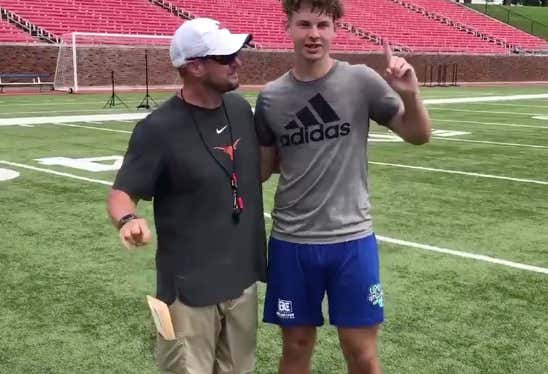 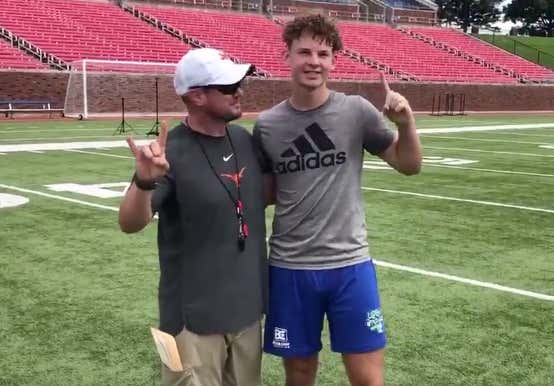 Haven’t seen Tom Herman this rattled since 2018 media days (or when he plays Maryland):

So shout out to Parker Andrews. Not going to lie, I probably won’t remember him in 4 years when he’s a high school senior, but I’ll be cheering for him. It would be an amazing story if he ended up at Oklahoma and scored a big TD only to flash the horns down in the Red River Shootout in 2026. Tom Herman will probably be fired by then, but who knows.