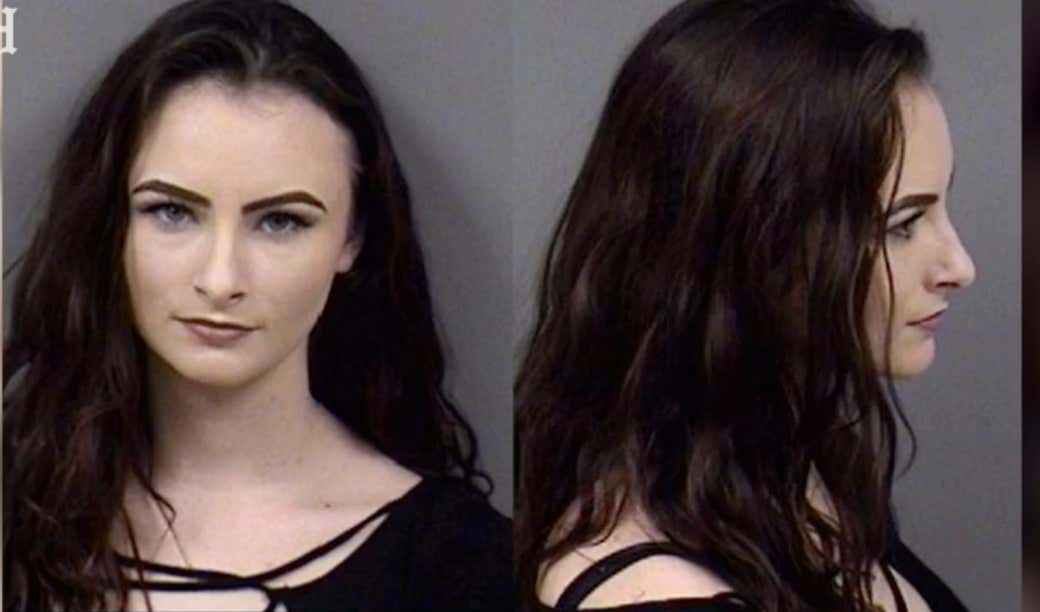 No need to beat around the bush, we’ve got a fairly attractive young woman here. If there are any Florida stoolies out there, try to make a mental note of this picture just in case you see her on a dating app to not swipe right. I understand mug shots of a hot chick is a turn on for some folks, but your assumption that it couldn’t have been worse than a misdemeanor is very wrong in this situation. We’ve got a full-blown psycho:

SOURCE-Cops from the Indian Harbour Beach Police Department came upon a scene of vicious violence, after responding to a disturbance call last week.

According to a police report, a man complained that his live-in girlfriend had attacked him during an altercation in the early hours of Tuesday.

During the fight, the report said, the woman became “enraged” and struck her boyfriend with a brush.

Okay, not that bad.

The victim told officers that the suspect, later identified as Katie Lee Pitchford, continued to “strike him with her fists and scratched the left side of his face.”

Okay, we are getting a little bit worse.

(side note: never trust a Katie Lee. ever)

The individual also told officers that Pitchford “grabbed him by his b—s and squeezed them until they were bleeding.”

While in back of the patrol car, Pitchford asked to talk to the victim to say she was sorry, the report states.

Just a classic Tuesday night in Indian Harbour Beach, Florida. Grab your boyfriend by the balls until they start bleeding and ask the officers to tell him your sorry as you are being brought to jail. Relationship goals, am I right, ladies?!?