1,640,425,338,455. That’s the current number of dollars Americans are in student debt. If you want me to put it in writing, here it is: One TRILLION, six hundred forty BILLION, four hundred twenty-five MILLION, three hundred thirty-eight thousand, and four hundred fifty-five dollars.

It appears that these baby boomers are in class with students who, I assume, are paying full tuition: 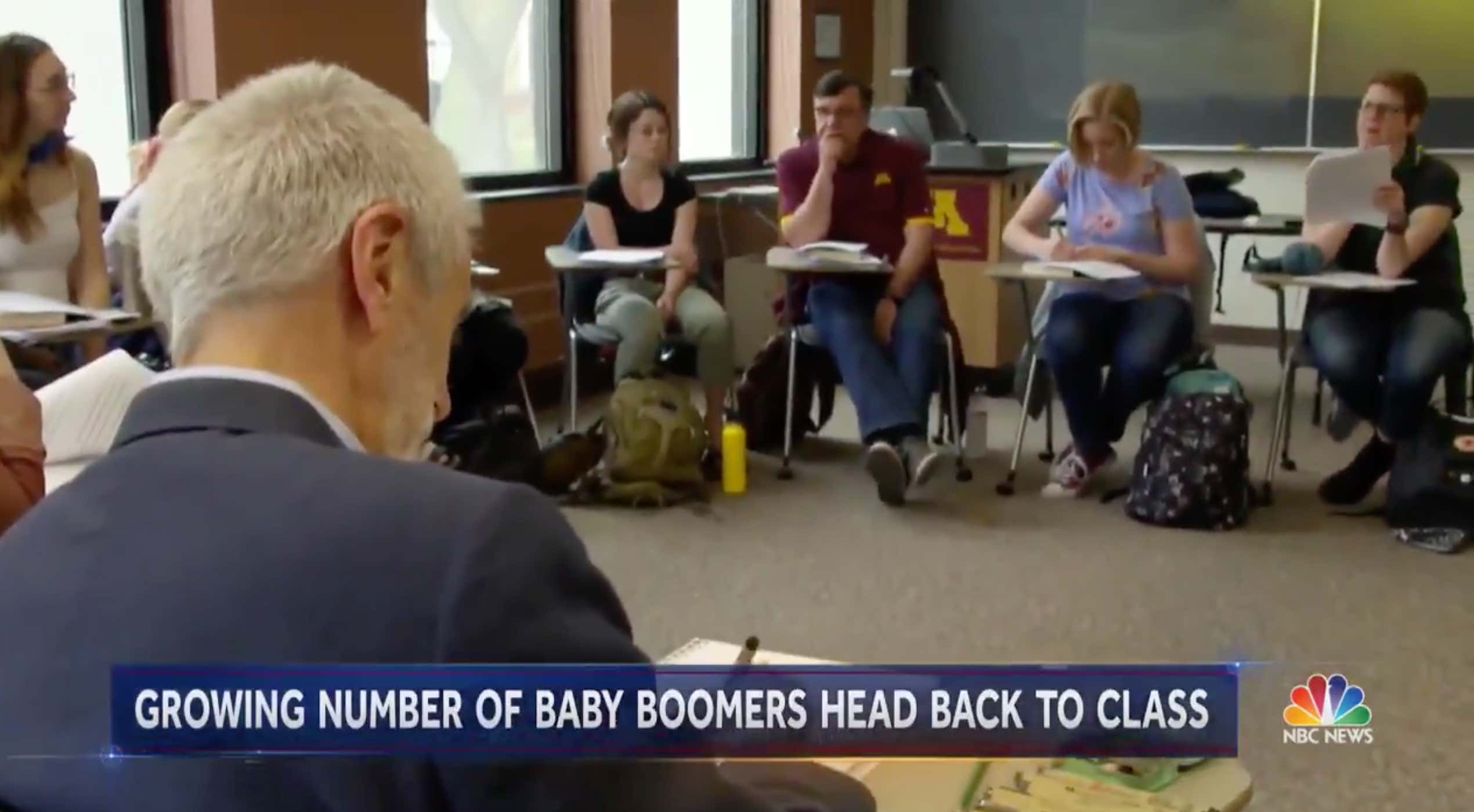 I try to be a nice guy, but if I were in that class I would not be helping any of these damn boomers. Oh, you don’t know how to use Google Docs? Figure it out by yourself. Don’t know how to flip the PDF from horizontal to vertical? Maybe your grandkid can help you out. Blackboard giving you trouble? You told me last year that I spend too much money on Avocado Toast and that’s why I can’t buy a house. Oh, you have the front camera on and don’t know how to switch it? Shouldn’t have been born in 1952, ya damn boomer.

At the 1:16 mark, you have this young student supporting the Baby Boomers. “They’re just like us” she says: 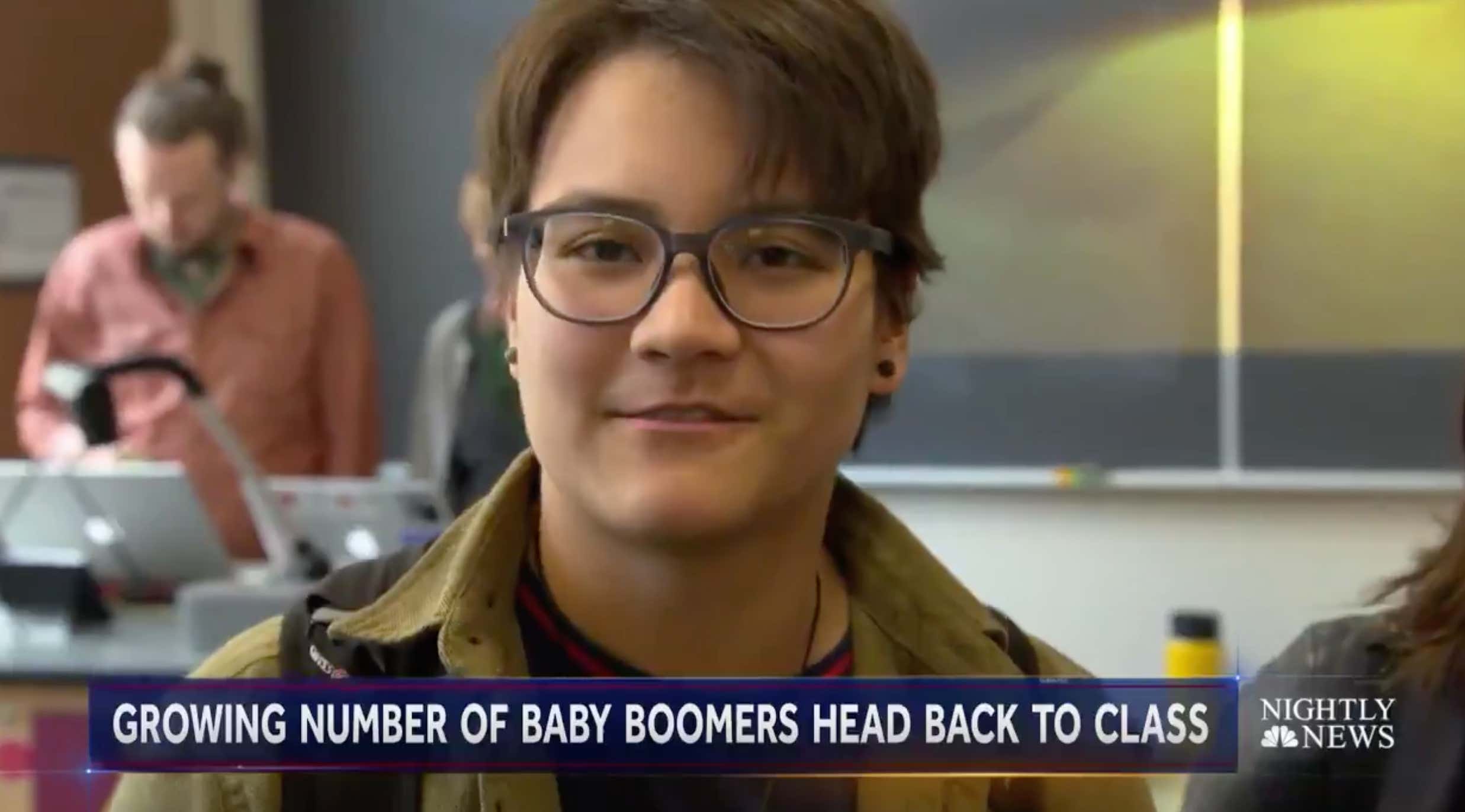 I hate that this girl leaned into this damn propaganda. She said exactly what NBC News wanted her to say. Disgusting. What she should’ve said, frankly, was this entire thing is bullshit. Why am I paying full tuition for a class when this guy to my left, who doesn’t know how to send a video on his phone, is paying $10 strictly because he’s an old geezer. That’s not even to mention you are already paying him to exist through social security tax, something you’ll never fully see because these damn boomers are going to use all by the time you’re old enough.