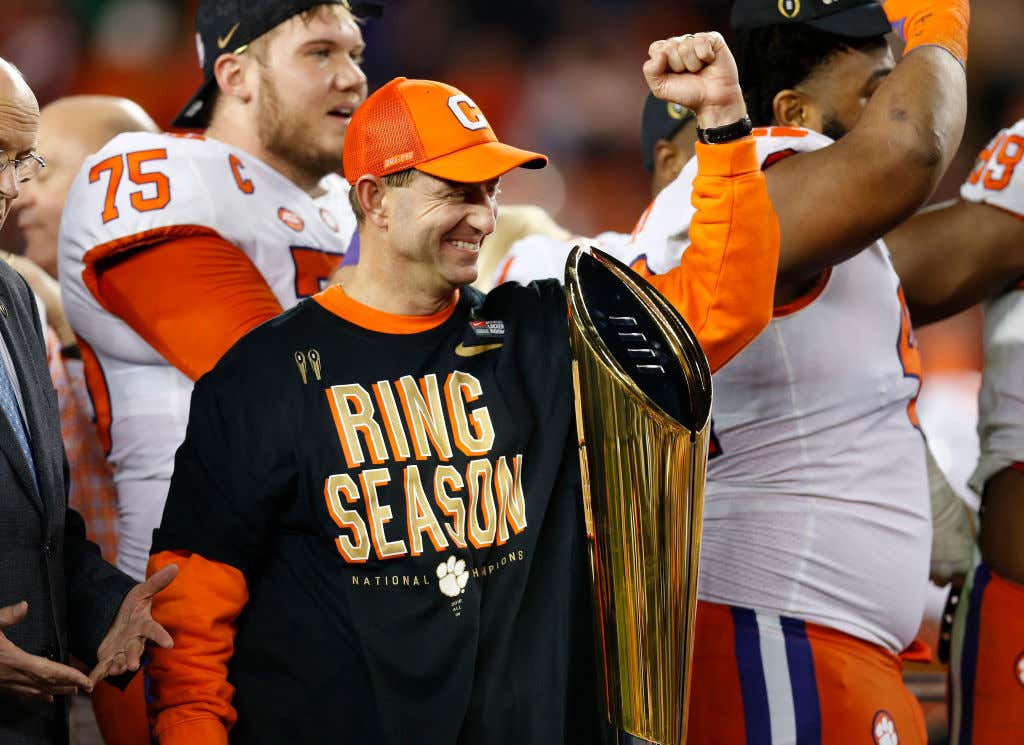 Good ole relatable Dabo tried to tell a joke and let me tell you, folks, it was such a bad joke that it took people 4 months to even respond to it:

SOURCE-“First, the questions asked of Swinney were in jest: Is there a wall around the state of Alabama that doesn’t let you in anymore? Or around Pelham, Alabama? Can you still go home?

“I think it was all fun and games early on. It was, ‘Aww, isn’t that sweet’ and all that stuff. I don’t know about walls, but I am kinda like Osama bin Dabo,” Swinney said, laughing. “I have to navigate my way through the caves and back channels too make my way through Alabama these days. They aren’t happy to see me, but it’s all good. It’s a good problem.””

Here is audio of said moment:

There are multiple bizarre things about this entire situation. First, who knew that Coach K had a radio show? Not one person. Second, this interview was from February. Valentines Day to be exact. I have no idea why this got thrown into the public narrative now, but boy is it there:

Maybe Nick Saban put in a call? And used his mole Paul Finebaum to take this even further:

Again, this quote is being talked about almost 4 months after Dabo said it. If I was putting my conspiracy tinfoil hat on, I’d point to this coming into the limelight on the same day the 9/11 First Responders Bill was being discussed on capital hill. That’s certainly a coincidence that my tinfoil hat would definitely want me to dive into a bit more.

Dabo shouldn’t have said what he said. That’s obvious. However, he’s a southern football guy. He doesn’t live on planet earth like the rest of us. He’s going to say things like “oh, I’m Osama Bin Dabo” while discussing recruiting in Alabama. Should we give him a pass? Obviously not, but being shocked that a football coach said something dumb? Come on now, we’ve done this a billion times. It’s the same old song.