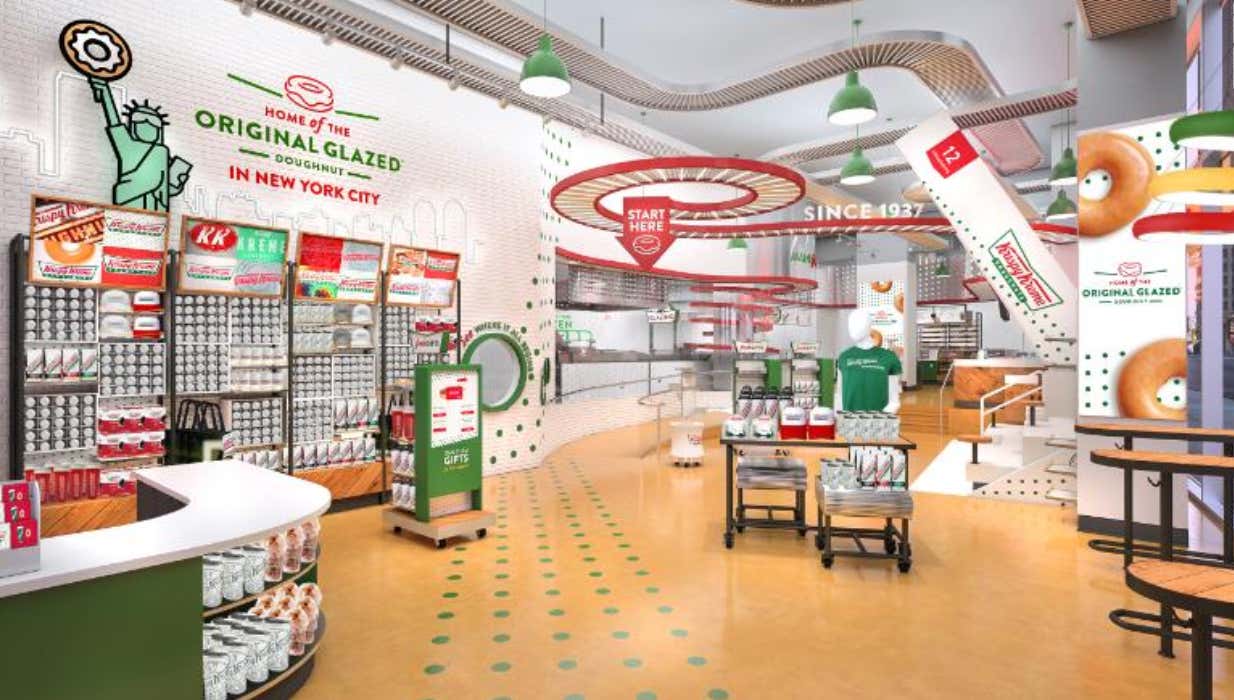 The latest tourist trap in NYC was recently announced by Krispy Kreme:

My goal every day living in NYC is to avoid Times Square. I don’t hate it like other New Yorkers, but it’s a tourist trap that is frustrating as hell to be in when you have a place to be. However, as a big fan of Krispy Kreme, I may need to head on over to Times Square to visit the new store that is the perfect example of how fat America truly is:

SOURCE-That won’t be the only unique component of the 24-hour, 4,500-square-foot retail space, which will sit at the corner of Broadway and 48th Street. The location’s “doughnut theater experience” will showcase the doughnut making process from end-to-end, from the mixing of ingredients to running the tasty treats through a glaze “waterfall.”
Oh, and if you get hungry and want to eat one (or a box?) of them, there will be stadium-style seating in the shop so you’ll have great seats to view the whole show, because this location will be on Broadway, after all.

Absolutely brilliant!!! In a world where everyone gets stuff delivered, you know what brings them out of their house/apartment? Experiences. You know what is a true American experience? Sitting in stadium style seating watching your 400-calorie snack being made before your eyes.

I’m no donut ethusiast, but I do feel Krispy Kreme is the best chain donut out there. I’m sure there are donut shops out there that have a superior donut, but if we are talking about places with more than two locations, Krispy Kreme is the Cadillac’s of donuts. Don’t get me wrong, though, I love a good Dunkin Donut. Same goes for Entenman’s Donuts. I could eat 6 of these chocolate donuts right now and not even blink: 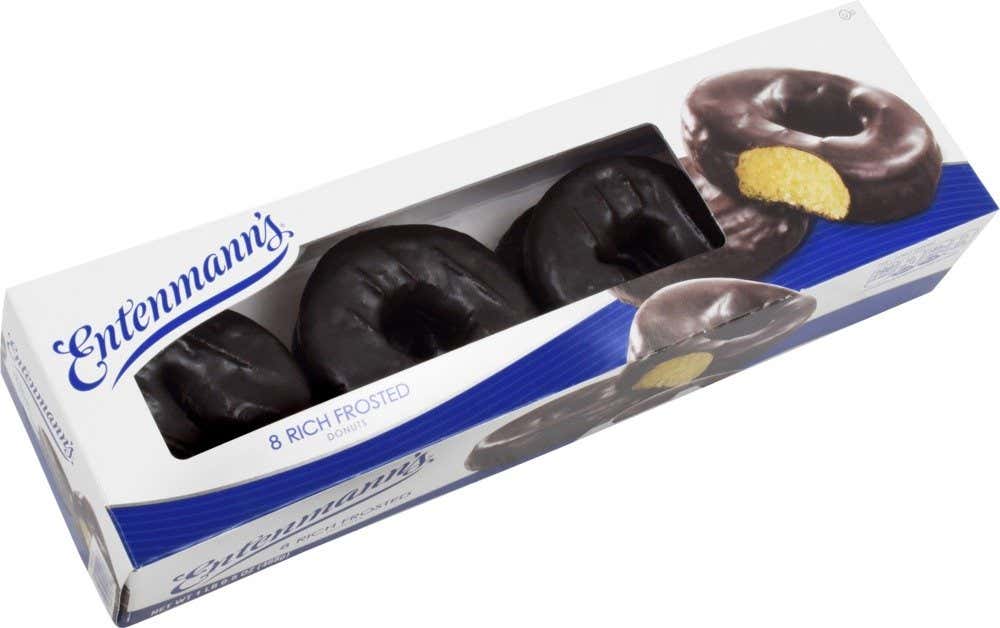