It’s been over 14,000 days since Georgia won a national championship. If you ever forget that, Florida fans will remind you:

The exact date was January 1st, 1981. Since then the only thing Georgia has to brag about is a Spikeball championship:

Georgia fans are so deprived that some are even considering taking a gunshot to the thigh in order to get to the top: 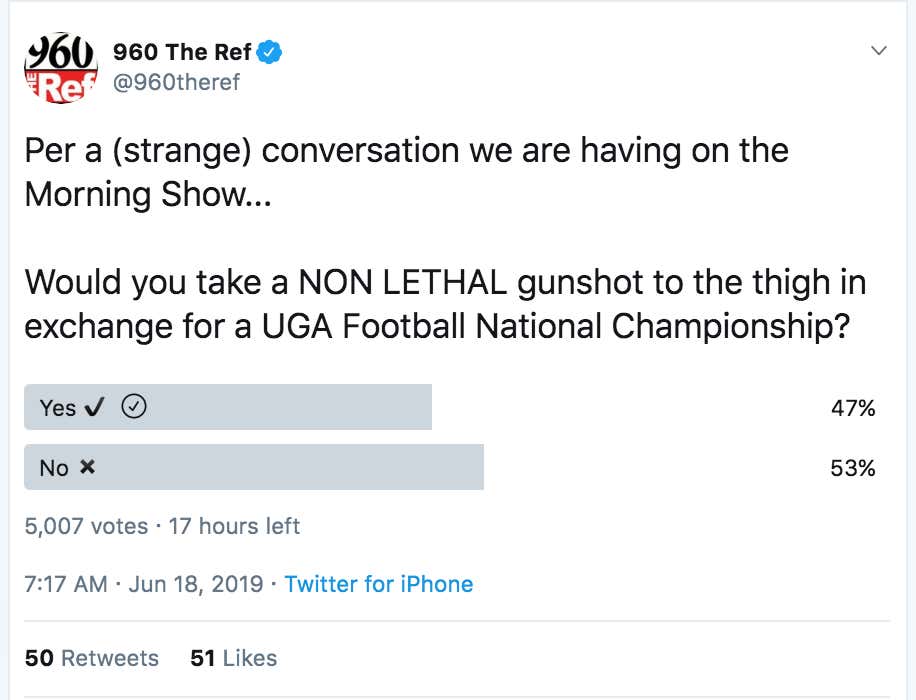 Darren Rovell was surprised by this:

Although this is funny, I’m not the biggest fan of “if you do x, your team will win the championship.” That’s so lame. I’m a Mets/Jets/Knicks fan and I wouldn’t pay any amount of money in order for them to win a championship. It takes the fun out of it. Sure, I could make a lot gambling on them, but again, what’s the point of this whole thing if we know the end result? It would be depressing.