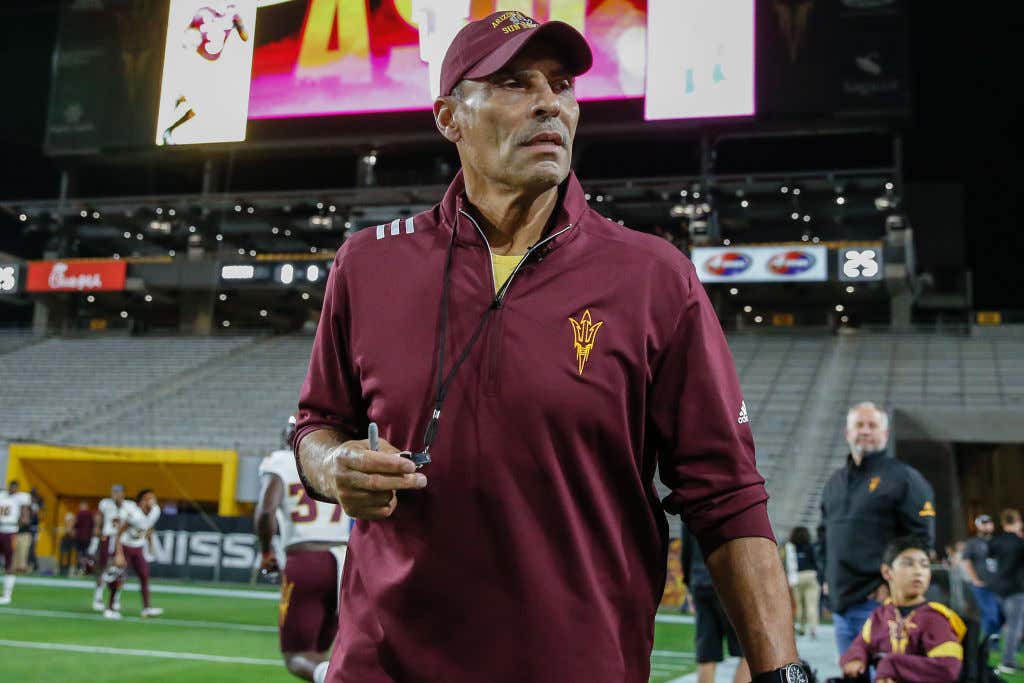 Herm is still Herm at the end of the day, though. He proved that while talking about the transfer portal:

SOURCE-“They’re into this video game stuff. They play all these games, right?” Edwards said. “Now here’s the crazy part about those games. When it’s not going good, you know what they do? They press reet and they start over. Well here’s the problem: In life, you can’t press reset! You’ve got to live with the consequences sometimes. They don’t wanna do that. Their brain doesn’t work that way.”

Let’s start with the obvious, this is peak football guy. I love that Herm is telling a journalist this as if he is breaking news that you can reset a video game. There’s nothing 60+-year-olds LOVE bringing up than how video games have ruined America.

The analogy Herm is saying doesn’t make much sense, though. It’s peak hypocrisy, which college football coaches are the king of. If players can’t press reset than why can coaches? For example, Herm Edwards contract runs through the end of 2022. If Alabama comes calling next year, you know who can press reset? That’s right. Herm Edwards. But god forbid that one of the college kids do that.