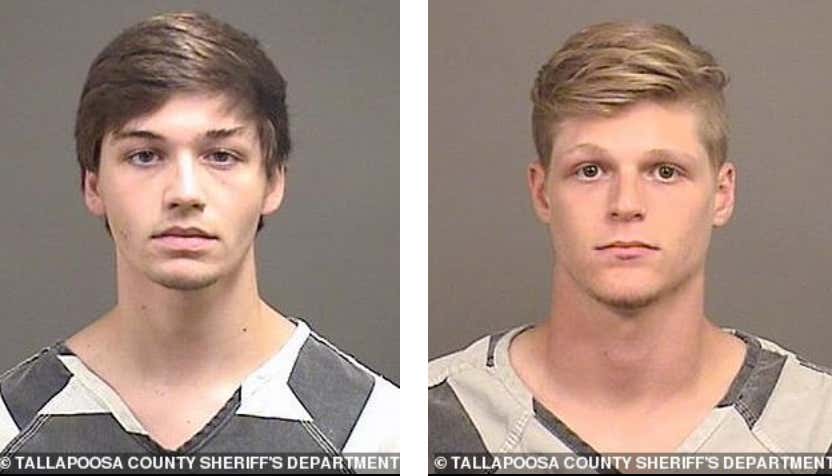 It’s been a tough week for the two guys above. After completing a year at Central Alabama Community College, they have found themselves with a new addition to their crime record:

SOURCE-Two former Alabama college athletes have been arrested after they allegedly beat a duck with baseball bat and left it for dead after attending a party.

Thomas ‘Landon’ Grant and Jacob Frye, both 19, are accused of taking the white Muscovy duck from a pond at Central Alabama Community College in Alexander City following the gathering of baseball players on campus.

I know a lot of people were wondering what the party life is like at Central Alabama Community College and that question has finally been answered. Get drunk, leave the party, find a duck, and kill it. Not my ideal Friday night, but you know what they say: what happens in Alabama, stays in Alabama.

The pair beat it with the bat, then took it to a nearby apartment where they decided to ‘put it out of its misery’, according to a police report.

Police say the teenagers then continued to pound the animal before chucking it out into a wooded area during the May 5 incident.

How nice of these two to put the duck “out of its misery.” Time to add “animal welfare” to their LinkedIn causes they care about.

The coach who found the duck contacted officials at the school which led to a criminal police investigation.

It’s not clear if the players remain on the team or if they have faced disciplinary action by the university.

The coach found the duck? Talk about a tough start to the morning.

Frye was booked into Tallapoosa County Jail on the same charge Friday, according to Detective Robert Oliver.

Tallapoosa sounds like a fake town. I’m aware it’s very real, but if I meet one of the 3900 people who live in Tallapoosa, I will let them know right away that the town they live in is fake.

P.s. How about the Alabama swoop on this guy? One of the most iconic haircuts of the 2000’s: 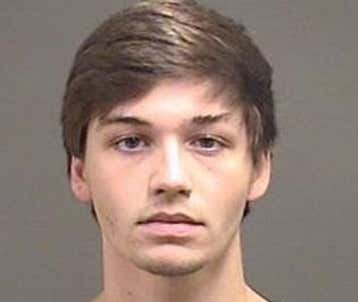