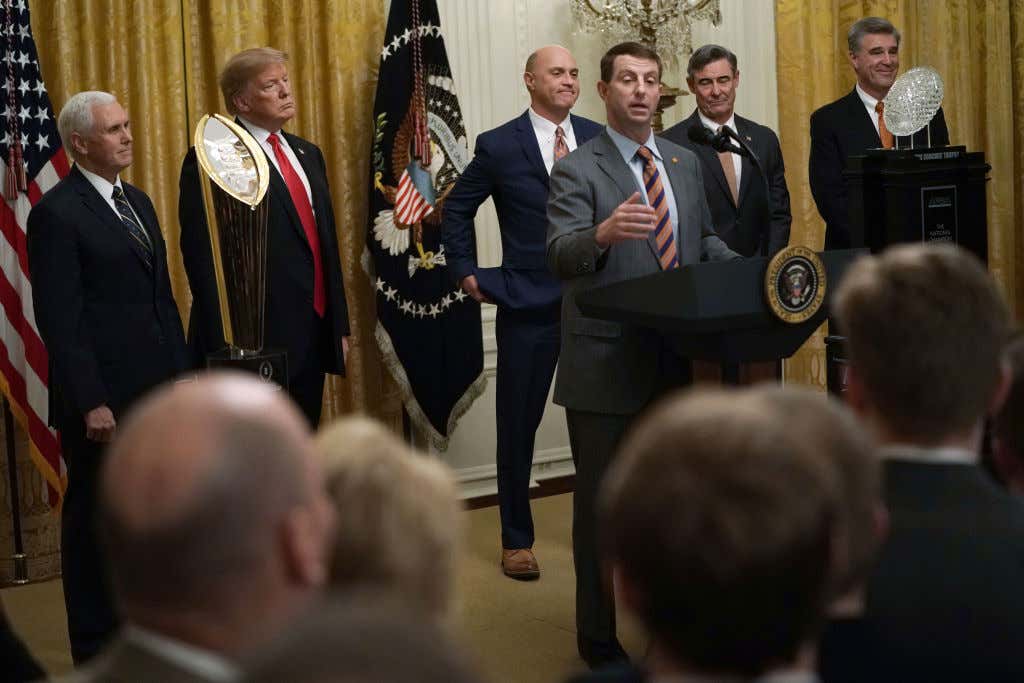 I hope you didn’t think you had heard the last of the Clemson-Ostarine saga…..

For those of you who aren’t aware of the situation, three Clemson players were suspended for Ostarine (a PED, pretty much a JV version of steroids. Ostarine is a selective androgen receptor modulator, also known as a SARM) use before the CFP semifinal in December:

The story went on into the offseason:

It even took the form of fan fiction from Clemson’s fanbase:

Clemson launched an investigation into the situation. It appears that investigation is over, but don’t be looking to read into that report thanks to a “privacy law” that the state university is citing:

SOURCES-Clemson athletic department staffers started asking each other tough questions immediately after three football players were suspended just prior to the Dec. 29 Cotton Bowl. The school had until an extended NCAA appeal was finally denied in late May to look into how Dexter Lawrence, Braden Galloway and Zach Giella ingested the performance-enhancing drug ostarine.

But Clemson won’t share its findings with the public.

If the school knows how the players came into contact with an illegal PED, if the source was inside or outside the athletic department — or if the problem was more widespread — it is not saying.

I’m no lawyer, but knowing that Clemson is a state university, I’m surprised to read that they will not release the findings. Maybe through an FOIA request, it will eventually become public? Who knows how those things work. I didn’t go to Medill or Newhouse nor do I have a blue checkmark on Twitter.

Now, the question becomes, what is Clemson hiding? I’d assume if there is nothing to hide then they would just release the report. This is a self-investigation, so can we truly believe what they found? Most likely not.

“That (NCAA) appeal was led by the student-athletes’ representative. Any investigation into the source of ostarine contamination is a part of that appeal and is, therefore, a student record subject to the Family Educational Rights and Privacy Act,” a Clemson spokesperson told The Post and Courier this week.

Give the lawyers a raise for finding that loophole.

In the ostarine case, Clemson said in its official statement after the May appeal denial that its student-athletes have taken 329 tests for PEDs since 2014 and all results have been negative “except for the trace amounts found during the December 2018 tests.”

But Clemson has refused to provide access to those test results and has not defined “trace amounts.”

If you think this whole thing is a little fishy, you sir/mam are correct. This is very fishy.

This story is far from over. I assume the NCAA will launch their own investigation. What will that provide? Most likely nothing. It’s the NCAA we are talking about. They’d rather deny some kid eligibility after transferring back to play in front of his sick grandfather instead of look into this.