I think it was early this year I listened to a podcast about “breatharians.” I couldn’t believe they existed. For those of you who don’t know who breatharians are:

Pretty wild way to go about life if you ask me. However, there are breatharians that do exist and walk among us. Meet Audra Bear, a 25-year-old from Minnesota:

SOURCE-Audra Bear, 25, from Minneapolis, says a lifelong interest in health and healing led her to try the bizarre practices; ‘prana’ and ‘breatharianism’.

She says ‘prana’ means energy and when breathing in, people inhale both air and prana. Breatharians claim to be nourished by air and don’t need solid food.

Bear says that her new daily 40-minute breathing rituals have left her preferring to get her energy not from wholesome meals but mostly from smoothies, tea and juices instead.

We probably all know somebody (most likely a female) who has tried a “juice fast.” 3-7 days where no solid food is eaten in order to “detoxify.” I don’t think I’ve ever heard of somebody completing one of these. However, Audra Bear claims to live off of these detoxifications:

Bear explains: ‘Prana is another word for energy, also known as Qi or Chi. It is a life-giving force that flows in, through and around all things, it’s in the air we breathe, the sunshine, nature, connections with people and all living things. It is a powerful energy that actually has the ability to fuel and sustain us as humans.’

Here she is doing one of her breathing exercises:

Audra does this every morning for 40 minutes. In the words of Kimberly “Sweet Brown” Wilkins, “Ain’t NOBODY got time for that.”

‘Breathwork helps you to realise who you are and what you need or don’t need. I never intended to ‘quit food’ I just started practicing for 40 minutes a day and after about five days I no longer had such a hunger for dense foods. My first fast lasted 97 days.’ 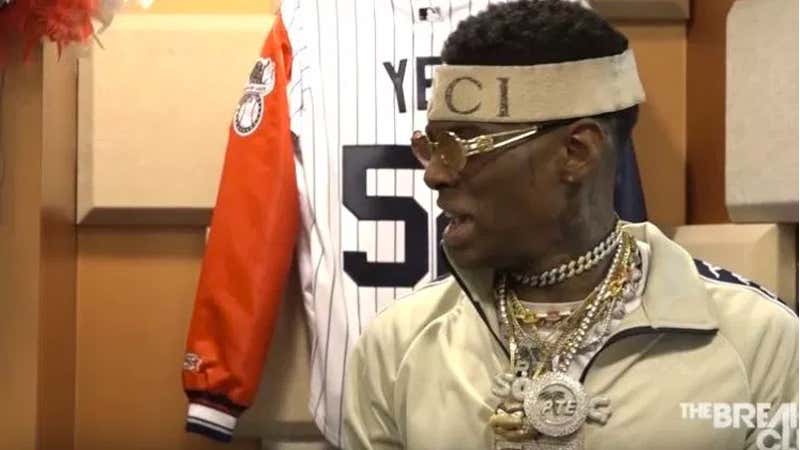 ‘You can eat if you choose to, for entertainment or social settings, know your energy is sourced from the life-force all around you. Most days I just drink teas, fruit juices, green juices and fresh coconut waters. I do eat occasionally now, but more for celebratory reasons.’

Sounds awful. Imagine not eating pizza. Or Hamburgers. Just drinking juice and breathing in energy. That’s going to be a big nope from me dawg.

At least it seems to be working for Audra. Good for her.