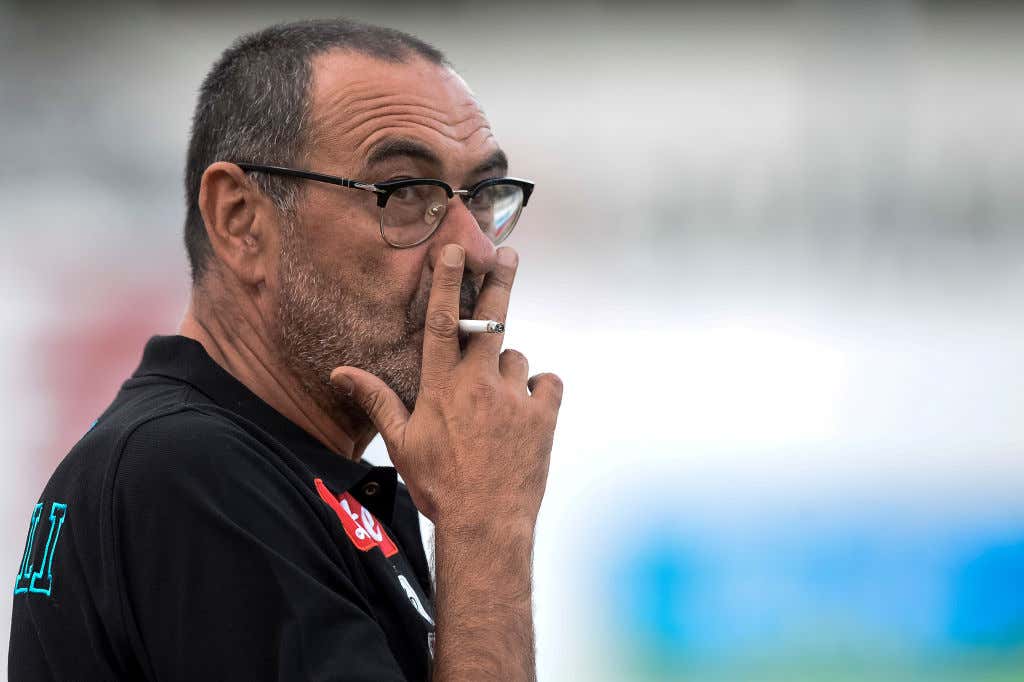 Maurizio Sarri at Chelsea this year was my favorite part of the 2018-19 Premier League season. There was something about the guy that was always electric. I think my favorite moment of the 2018-19 soccer schedule was when Chelsea’s goalie Kepa refused to come off when Sarri brought on a sub:

Hearing Sarri smokes four packs a day was not hard to believe:

SOURCE-He averages around four packets of cigarettes a day and he’s admitted it’s getting out of control.

“I smoke 60 a day, which is probably a few too many,” he revealed to La Nuova Riviera via Football Italia.

“I don’t particularly feel the need to smoke during games, but straight afterwards it really is necessary,” he added. “I had back problems tormenting me for weeks, but I feel much better now.”

You just look at Sarri and think “that guys rips cigs 24/7.”

It’s not going to change either. Sarri is going to die smoking 4-packs a day with this Dad bod. 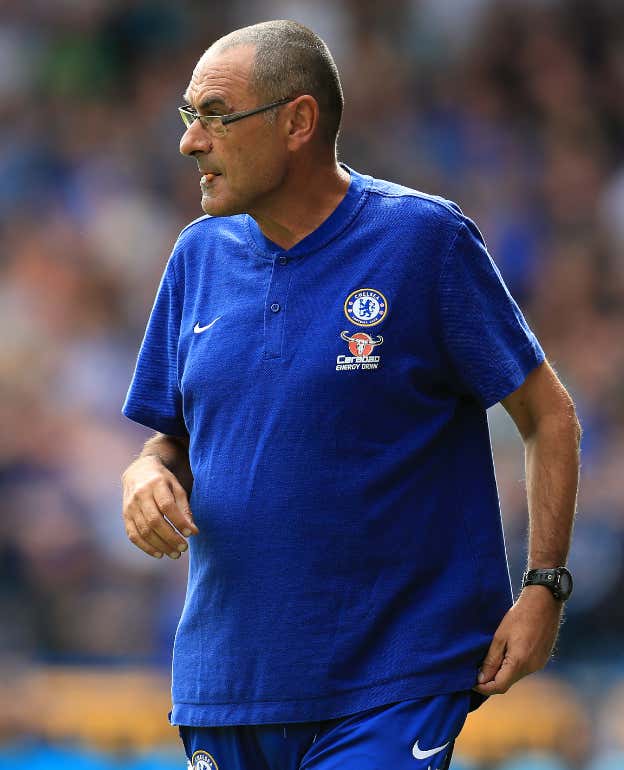 Also, that’s a true dad bod. A lot of times people say they have dad bod’s when they are just fat. You see Sarri with a beer belly and no fat around his pec area? That’s a dad bod. If your body doesn’t look like you’ve been smoking 4-packs a day for 3 decades, you don’t have a dad bod. Period. You’re just fat.

P.s. Sarri will die at 98. He could smoke 100 cigarettes a day and not get cancer. That’s just how Italians like him work.