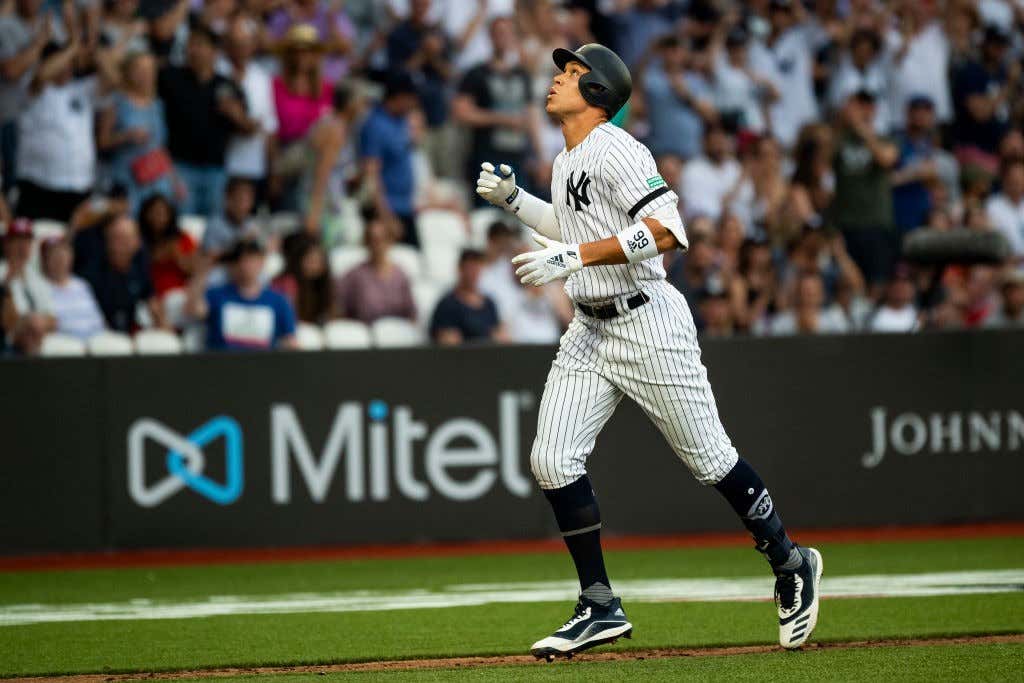 There have been more than 15,000 (yes, thousand) games played since we’ve seen an over/under of 13.5 in the MLB. On Sunday, there could be two of them, including the highest over/under our Bet Labs Database has ever tracked and potentially one of the highest ever.

I guessed it would be 13. I’ve never seen a game outside of Coors Field with an over that high. Sunday’s over under for the Yankees-Red Sox London game opened at 15.5 and is already at 16.5. It’ll probably be 17 by morning, if not higher. Absolute insanity. Stephen Tarpley vs. E-Rod. Who the hell knows who else is available for the Yanks. You know what you have to do though right?

Don’t fall into the trap. Yes, there were 30 runs scored today. Yes, the balls are juiced. It’s still baseball. 17 runs is a cock ton I don’t care who is pitching, what the situation is. That’s almost two runs an inning. Take the under.