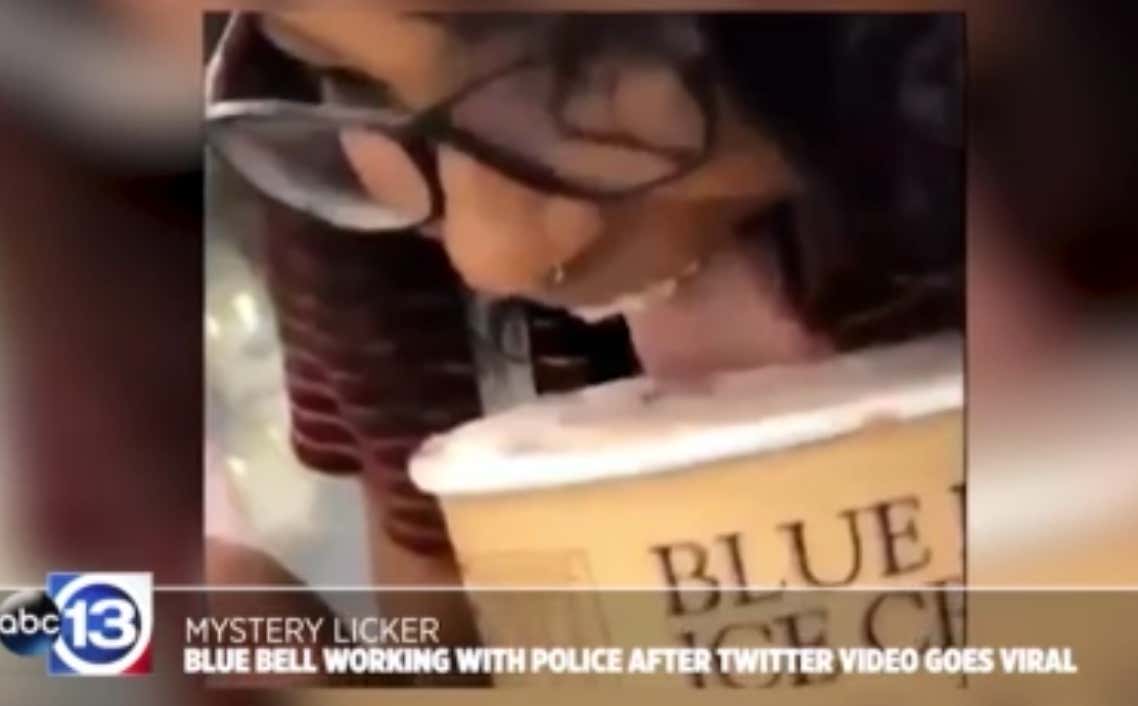 The viral trend is an issue. If we can’t trust that our ice cream is going to be clean, what can we trust? It appears, luckily, that the woman who started this trend is looking at more than just a slap on the wrist. To be a little bit more specific, she is facing 20 years in jail:

A police statement said: “Our detectives are working to confirm the identity of the female suspect seen in a viral video of her licking a half-gallon of Blue Bell “Tin Roof” ice cream in a Lufkin Walmart store around 11pm, June 28.

“Once her identity is verified, detectives will proceed with getting a warrant for her arrest on a charge of second-degree felony tampering with a consumer product.

“As that portion of the investigation continues, detectives are focusing on identifying the male (in the green shirt) behind the camera seen in images of the two entering the store together.”

Second-degree felony? That sounds serious. How serious you ask? 20 years in JAIL serious.

A second-degree felony charge comes with a two-to 20-year prison term and up to $10,000 in fines.

At first, when I was reading this story my internal dialogue consisted of “don’t these cops have something better to do than try to throw a teenager in jail for 20 years for licking an ice cream tub?” Then I remembered that this is Lukfin, Texas. This is most likely the crowning achievement of the Lukin, Texas police chiefs’ career. He’ll be lighting a cigar on the night of his retirement in however many years and ask his right-hand man, “remember when we got that son of a bitch that licked the ice cream tub? Glorious, Bill. Glorious.”

The response to this trend has been something:

Texas has decided to take their security to the next level:

Some criminals just won’t be stopped: