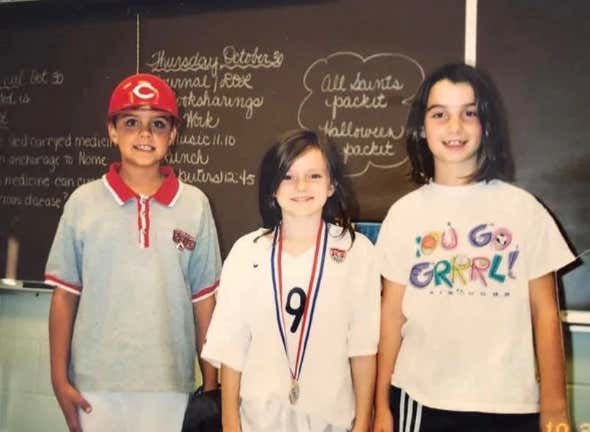 Rose Lavelle was one of the many breakout stars in the World Cup. No surprise considering she prepped for the World Cup by stopping in with a little podcast called Pardon My Take:

She then went on to score the goal that essentially locked up the World Cup for the United States of America:

Just an absolute CRACKER of a goal.

Before spending her college years at Wisconsin, Rose was a third grader with a dream:

SOURCE-Every October, students in Lisa Neubauer’s third-grade class at St. Vincent Ferrer Catholic School in Cincinnati were assigned to pick a biography of a personal hero and, in the spirit of Halloween, present a book report while dressed as that person.

I dressed as Chad Pennington one October as a third grader. Too bad I didn’t have the same storyline as Rose.

Rose called her shot. Now she’s an American soccer legend. Maybe time to win a Gold Medal next summer and then another World Cup in 2023.

Before that, Rose is going to spend some time with her dog: