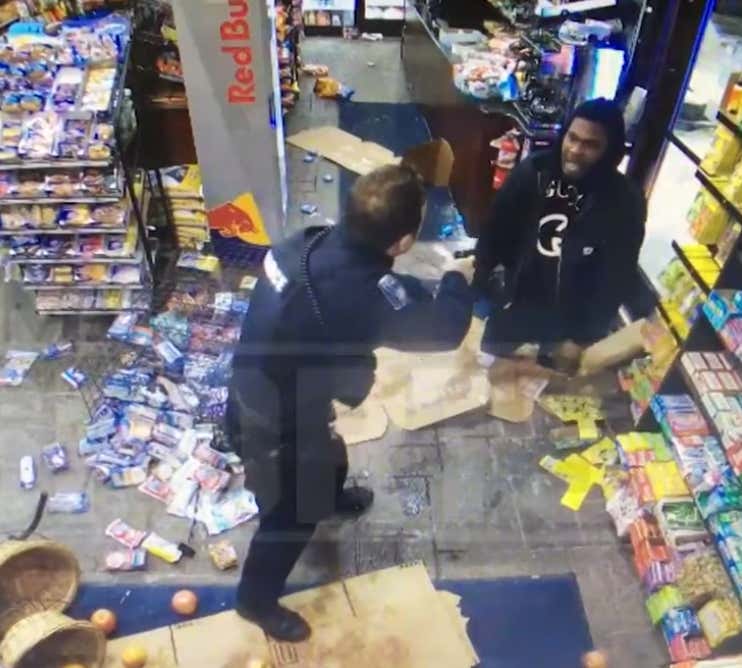 Malik McDowell’s time in the NFL hasn’t gone to plan. The former Michigan State Spartan was drafted in the second round by the Seattle Seahawks in the 2017 draft. Thanks to an ATV accident before his first training camp, he never saw the field.

In February of this year, McDowell was arrested:

SOURCE-A routine traffic stop turned into a violent war inside of a gas station … with a massive NFL player fighting a cop AFTER being hit with a taser and TMZ Sports has the unbelievable video.

A police officer in Lathrup Village, Michigan pulled over 23-year Malik McDowell — a 6’6″, 300 pound defensive tackle — on a snowy February night after he witnessed McDowell’s Jeep spinning out on the road after speeding.

During the stop, which took place in front of a gas station, the officer ordered McDowell to stay seated in his car, but Malik disobeyed — and repeatedly demanded to speak with a supervisor.

Today, a video of his arrest was released, and to say it’s wild is an understatement:

Around 2:50 the taser is shot and Malik barely flinches (it looks as if the taser didn’t fully hit him).

Must’ve been a scary moment for the cop. Look at him compared to the 6’6, 300-lb McDowell: 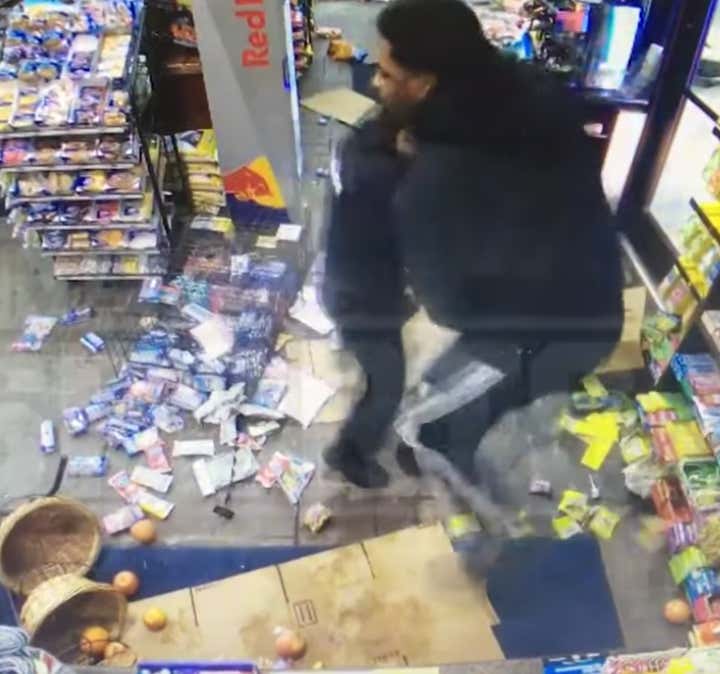 Somehow, someway, the cop fought through McDowell and got him into a head choke: 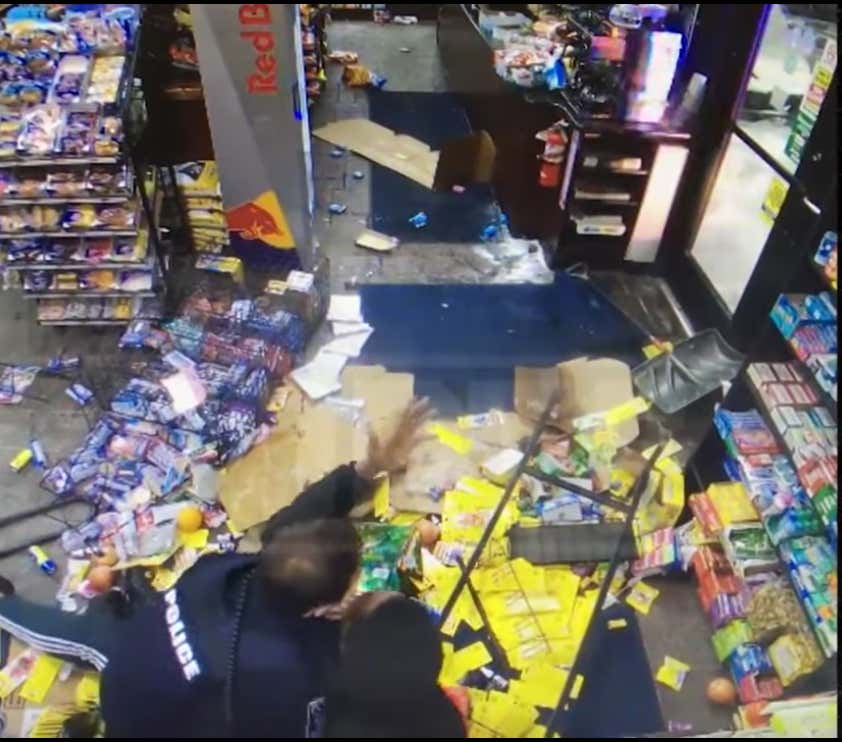 Truly unbelievable that this cop was able to take control of McDowell. He looks like a child next to him!!! 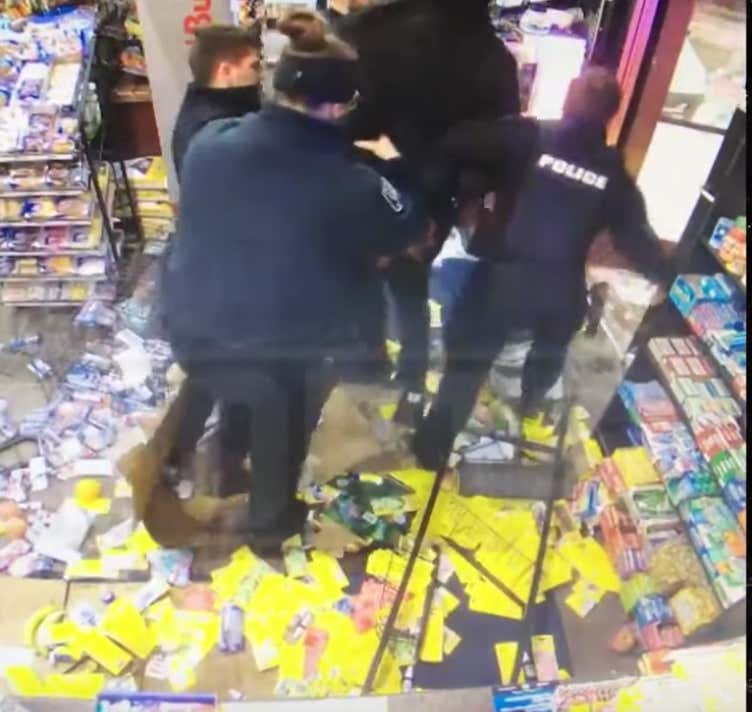