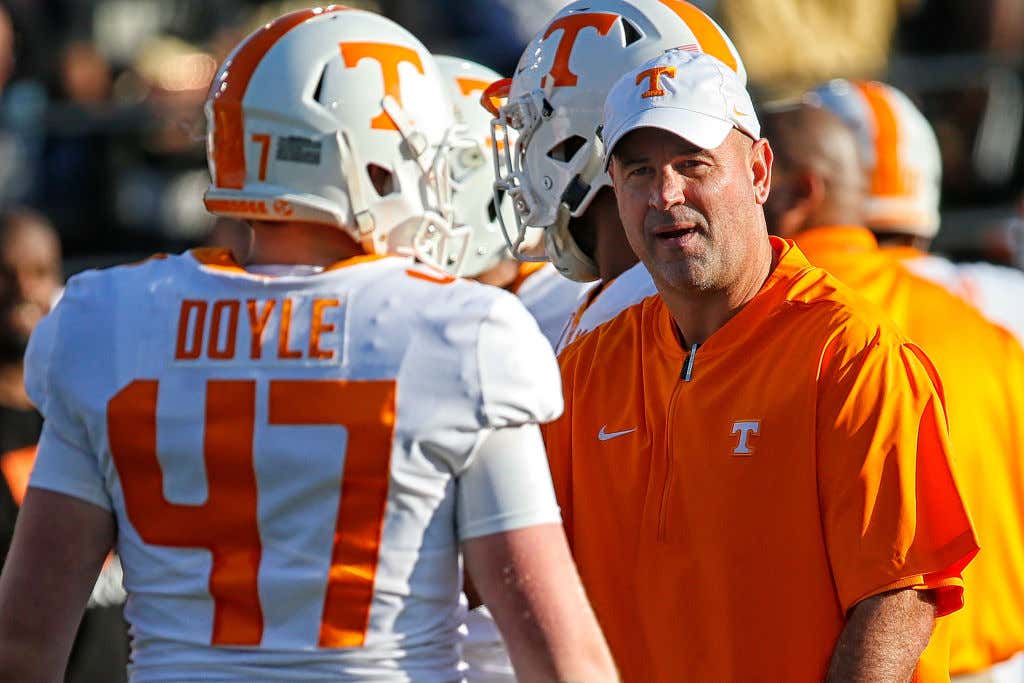 We’ve seen absurd NCAA violations before. That included: Utah coach Rick Majerus once paying for a few pizzas for his players. A UNLV player buying a box spring from one of his assistant coaches. South Carolina self-reported an infraction involving ‘impermissible iced decorations’ on cookie cakes given to recruits. We could go on and on.

Today, Jeremy Pruitt self-reported a violation he committed. That violation? A tweet.

SOURCE-Tennessee‘s football coach mentioned Plainville High School, his alma mater, in a congratulatory tweet from his verified account in March. Pruitt’s tweet wasn’t even directed to Plainview’s football team. It was in response to the Plainview boys basketball team repeating as state champions.

A Tennessee compliance department staff member saw the tweet and notified Pruitt and a football staff member responsible for social media that the tweet was an impermissible endorsement of a high school team and its coach.

The tweet was deleted 37 minutes after it was posted.

I’m not sure what the NCAA expects out of Pruitt. He’s a football guy and doesn’t know better. The man went through most of his life without knowing what asparagus was: