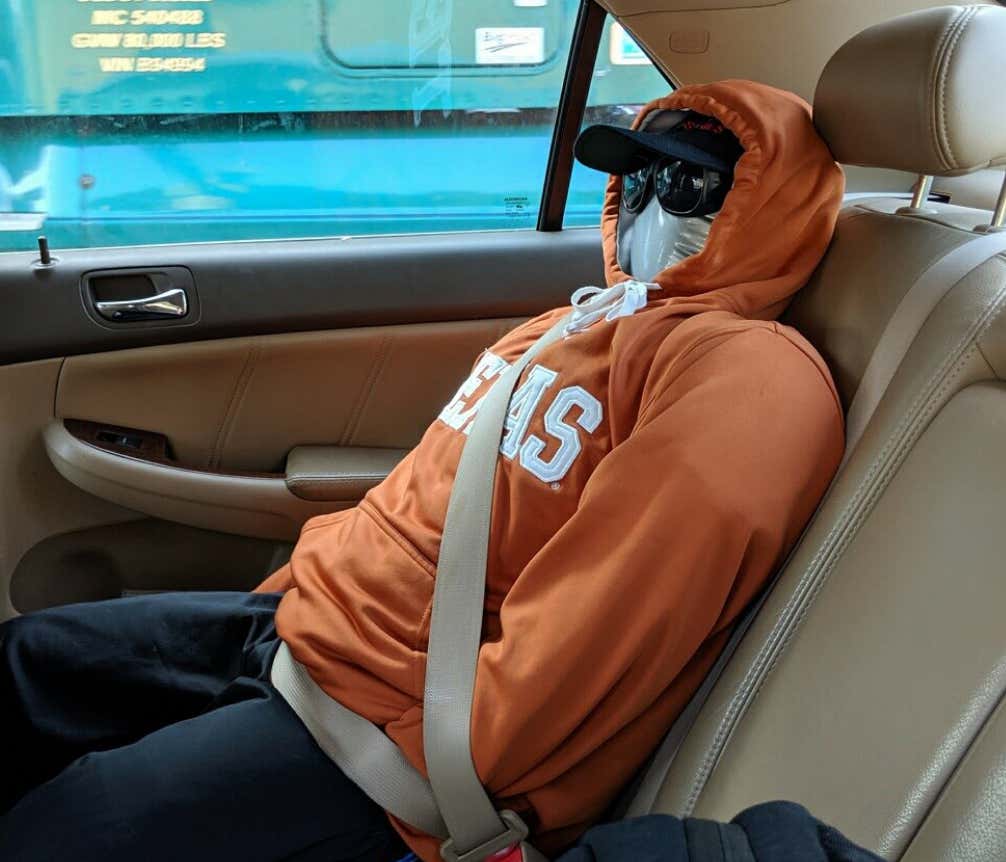 Anything to avoid that NY traffic, huh?

To me, as a college football nut, the dummy being dressed in a Texas sweatshirt was the perfect opportunities for a joke or two. It seemed that was the case for the NYPD Highway Twitter as well:

Add the NYPD Highway patrol to the long list of those who are throwing the horns down.

The contingent of Texas fans on Twitter (a soft bunch) were not happy with the east coast elitist NYPD Highway patrol. One Texas fan in particular, Longhorn Marty, let his voice be heard:

The NYPD Highway then decided to, as the kids say, clap back:

We are 92 days away from OU-Texas. I have a feeling it may be one of the best games of the season. Trying to convince the powers that be to send the CFB show down to Dallas.