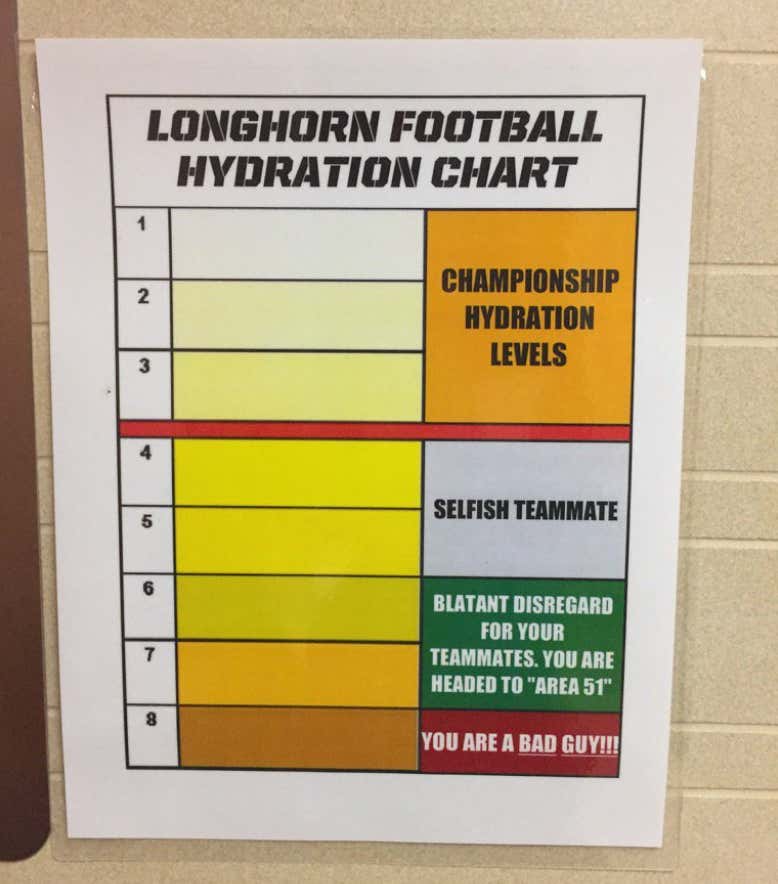 Tom Herman is a psycho, but he’s a college football coach, so it makes sense. We could do an entire blog on his psycho tendencies, but this one will focus strictly on his hydration test.

This tweet was from 2017 and to build a hydrated program in Austin, he went to absurd measures:

It appears that the focus on hydration is still rampant for Herman. Safety Brandon Jones goes to absurd levels to pass the test:

I’m no doctor, but I feel like sleep is much more important than passing the piss test. I’m not a football guy, though, and we all know that football guys science>regular science.

Barstool has it’s own hydration chart: 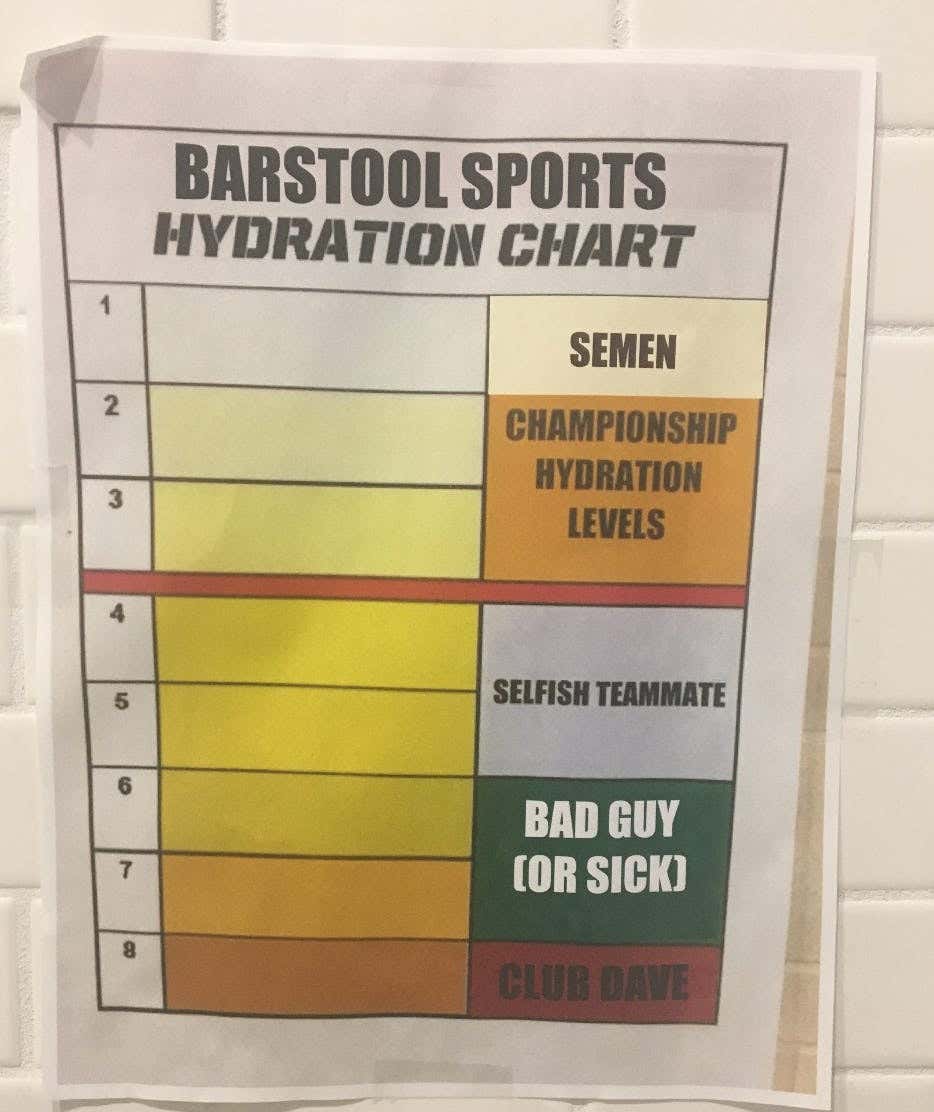 It didn’t make it to the new office though, which is disappointing.

P.s. How about Tom Herman being ahead of the Area 51 trend?