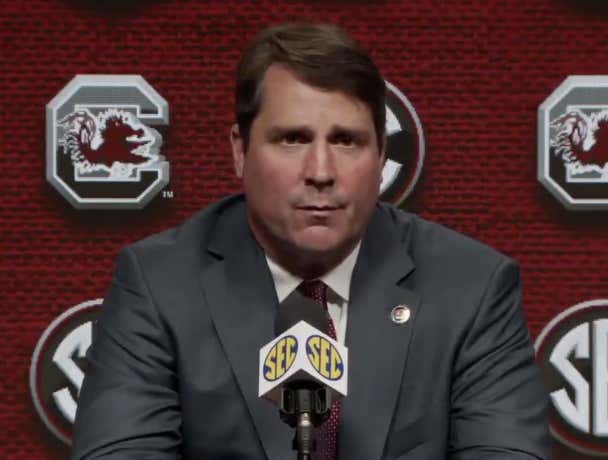 The Clemson – South Carolina rivalry has been anything but that since Will Muschamp has been in town. Clemson has won 3 straight, by a combined 146-52. To put it lightly, that’s absolute domination.

Will Muschamp doesn’t seem to agree with that statement, though:

Obviously, Muschamp is wrong. South Carolina is a little brother not only to Clemson, but to almost everybody in the SEC.

His response, though? Awesome. First of all, let’s start with the guy who asked the question. His accent? Amazing. God knows what media outlet he’s from, but I think every single person who works at SEC Media Days should have this accent.

Once Will Muschamp’s South Carolina experiment doesn’t work, he should take up acting. He does the “angry father of girlfriends” look incredibly well.