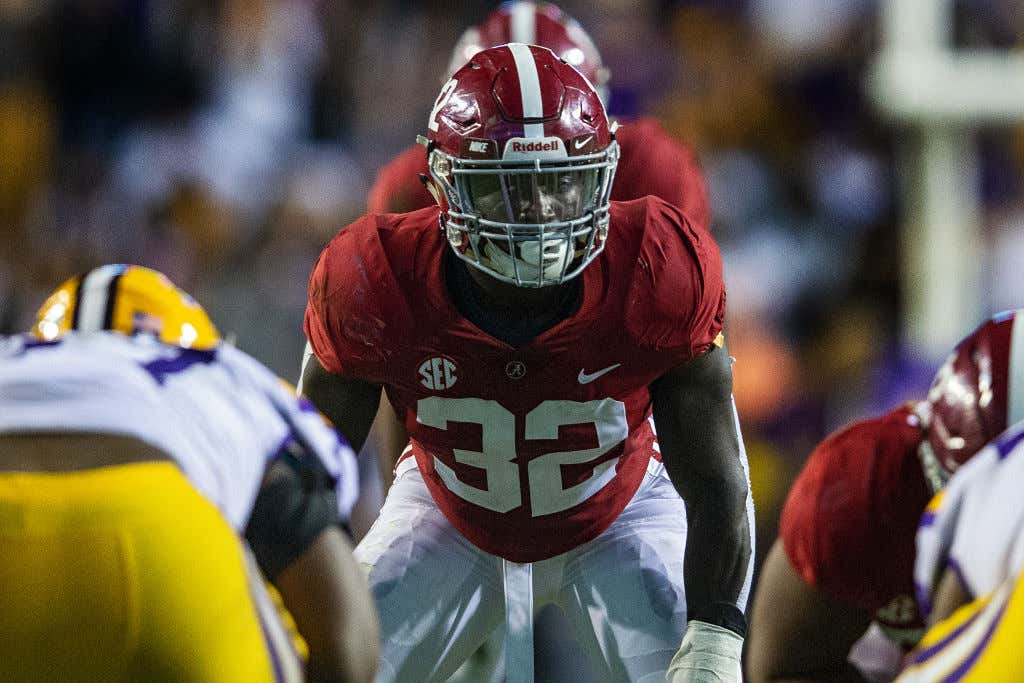 Dylan Moses is one of the best LBs in the country. He may end up a top 10 pick if everything goes to plan. In preparation for the season, Nick Saban brought him along to SEC Media Days with Tua Tagovailoa and Jerry Jeudy (all three could end up being top 10 picks). While in Hoover, Dylan Moses had an interesting take about the team that beat Alabama 44-16:

What makes football, and sports in general, so great is the best team doesn’t always win. The pigskin bounces a weird way and David finds a way to beat Goliath. That’s not what happened in the 2018 National Championship Game. Clemson destroyed Alabama that night in every single way. Offense. Defense. Coaching. Mentality. 44-16 and the score could’ve been worse if Dabo didn’t call off the troops in the 4th quarter. Saying Georgia was better than Clemson? I completely disagree.

Moses’ comment is pretty commonplace in Tuscaloosa. Quinnen Williams said it after the game:

Nick Saban had comments yesterday that came across the same way, as an excuse for the loss to Clemson: