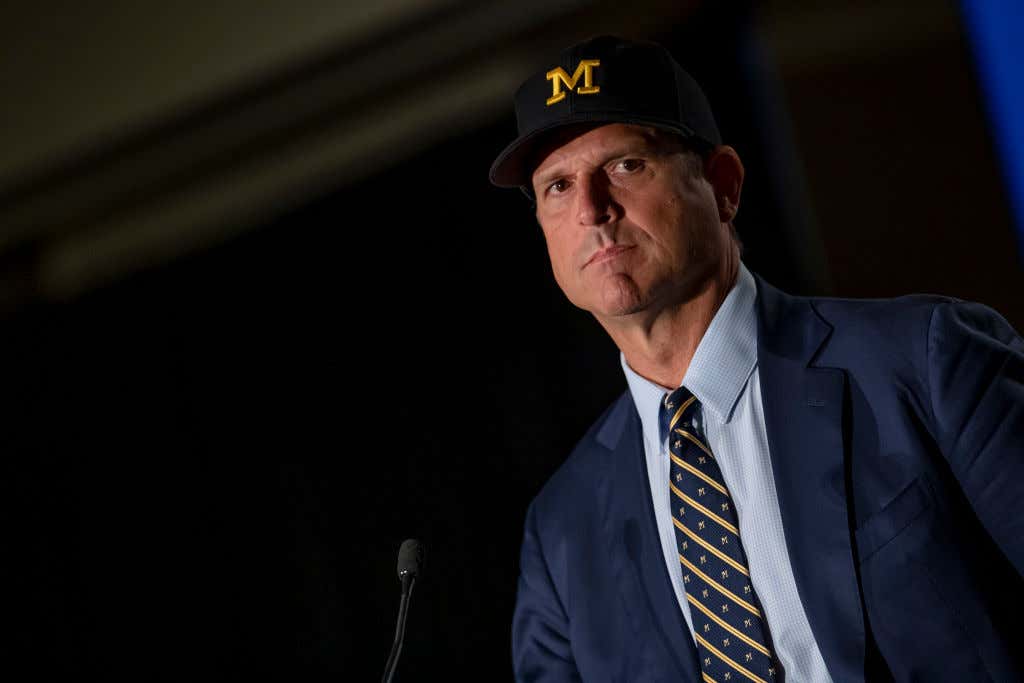 I am bullish on Michigan this year. I think it’s finally the year that Harbaugh gets to foreign soil (Indianapolis for the B10 Championship Game) and makes the CFP with the Wolverines. I said the same thing last year, so maybe I’ll be wrong again, but we’ll see.

My bullish stance on Michigan was challenged yesterday when Jim Harbaugh said this:

Eeeeekkkkkkkk. As the saying goes. If you have two QBs, you don’t have one.

I just don’t like this. First, let’s start with the fact that Harbaugh claimed he was going to be hands-off with the offense this year. Bringing in OC Josh Gattis from Alabama was huge. Reports stated that he would be able to run the offense without any interruption. That’s also huge. Gattis has QB Shea Patterson (who I think is the best QB in the Big 10) and a receiving core that, if healthy, could be one of the best in the country. Now Harbaugh wants to play Dylan McCaffrey (Christian’s brother) as well? That’s going to be a no from me dawg.

Maybe Harbaugh is a mad scientist that will make this work. That’s not a bet I’m willing to make, though. If he was a mad scientist, wouldn’t he have already, at least, made the B10 Championship? What was so frustrating about Michigan last year was they had a 5-star dual-threat QB, but used him as a guy to just hand the ball off. Get Shea Patterson moving around! I could see him being a little bit like Tua in Josh Gattis’ offense. However, if you interrupt his flow within the game? That could equal bad news.

Who knows if Harbaugh will actually go through with this. I hope he doesnt.