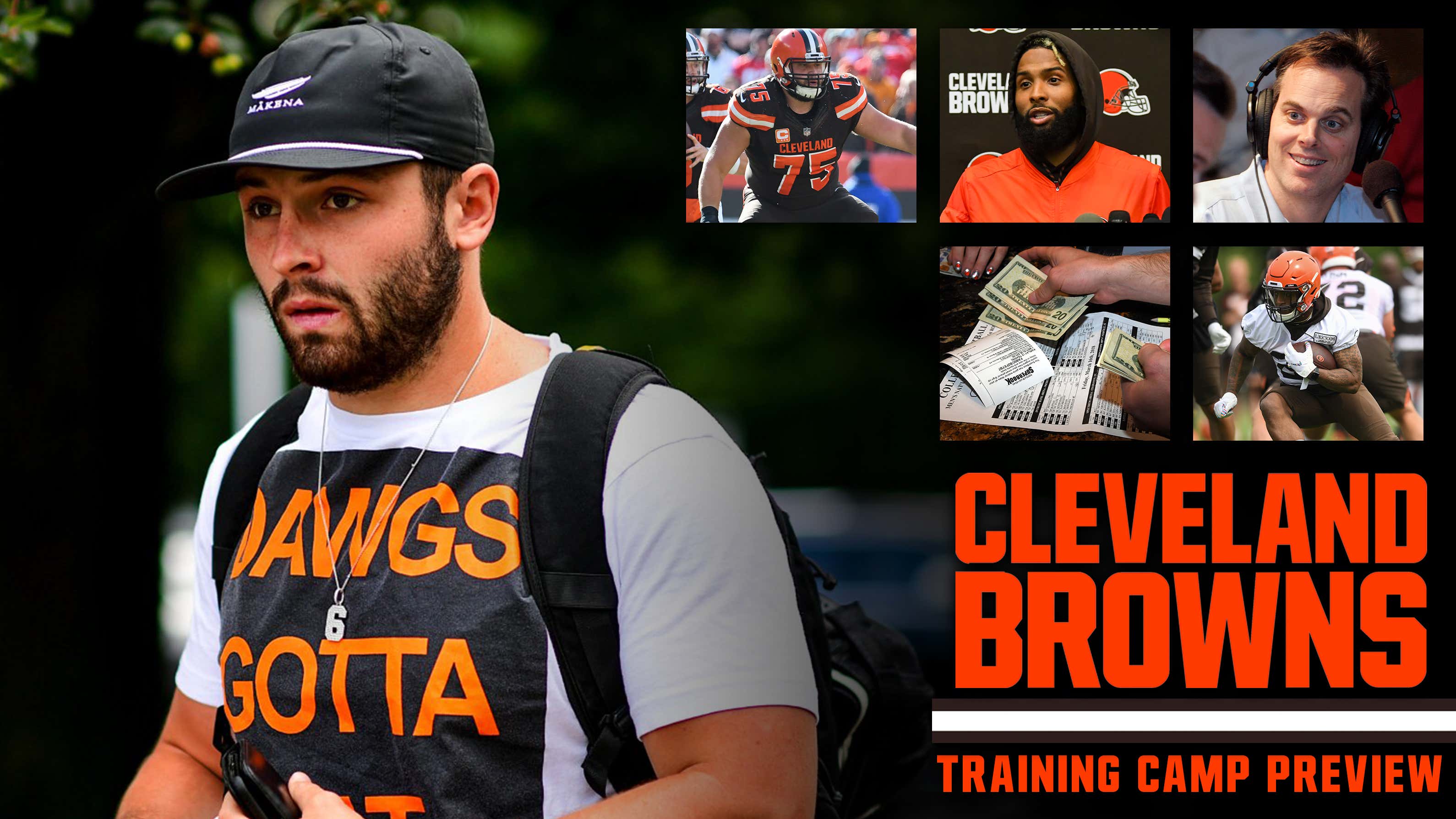 Training camp is finally here for the Cleveland Browns. It’s easily the most important training camp since the Browns returned to the NFL in 1999 and, likely, one of the franchise’s most hyped of all time.

The expectations are high, but, bottom line, they haven’t won shit yet…

Spot on Freddie, spot on.

I will dive into offense, defense, special teams, and Freddie Kitchens* in the coming weeks, but I first wanted to tackle five thoughts on my mind as the Browns finally hit the practice field for the 2019-2020 season.

* – I lied, I need to make a comment on Freddie Kitchens. I was a big doubter of Freddie Kitchens initially, don’t get me wrong, but I think he is perfect for the job. His attitude is the hard-nosed, honest kind they need to complete a turnaround. He isn’t a “young buck” like some people want to make it seem. Kitchens has coached in the league since 2006 and has earned the respect of everything he’s coached with. He led a Top 3 offense in the NFL after he took over calling plays when Hue Jackson and Todd Haley were fired. He recently talked about how good the team looks on paper, but that no one has won anything. His mantra of “go do something” is fucking perfect. I am all in on Freddie.

The Browns are absolutely loaded, top to bottom, at the offensive skill positions. 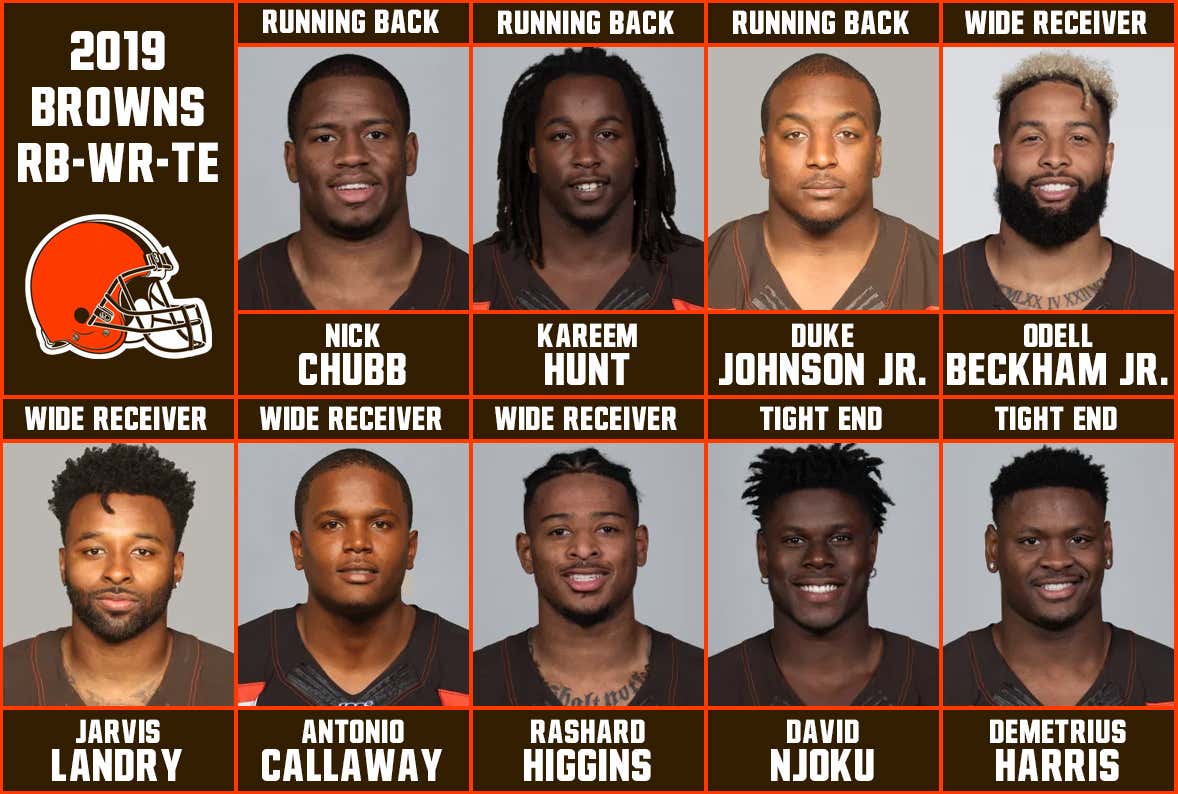 Are you shitting me? I’m sweating. For comparison’s sake, this is what it looked like the season the Browns went 0-16. 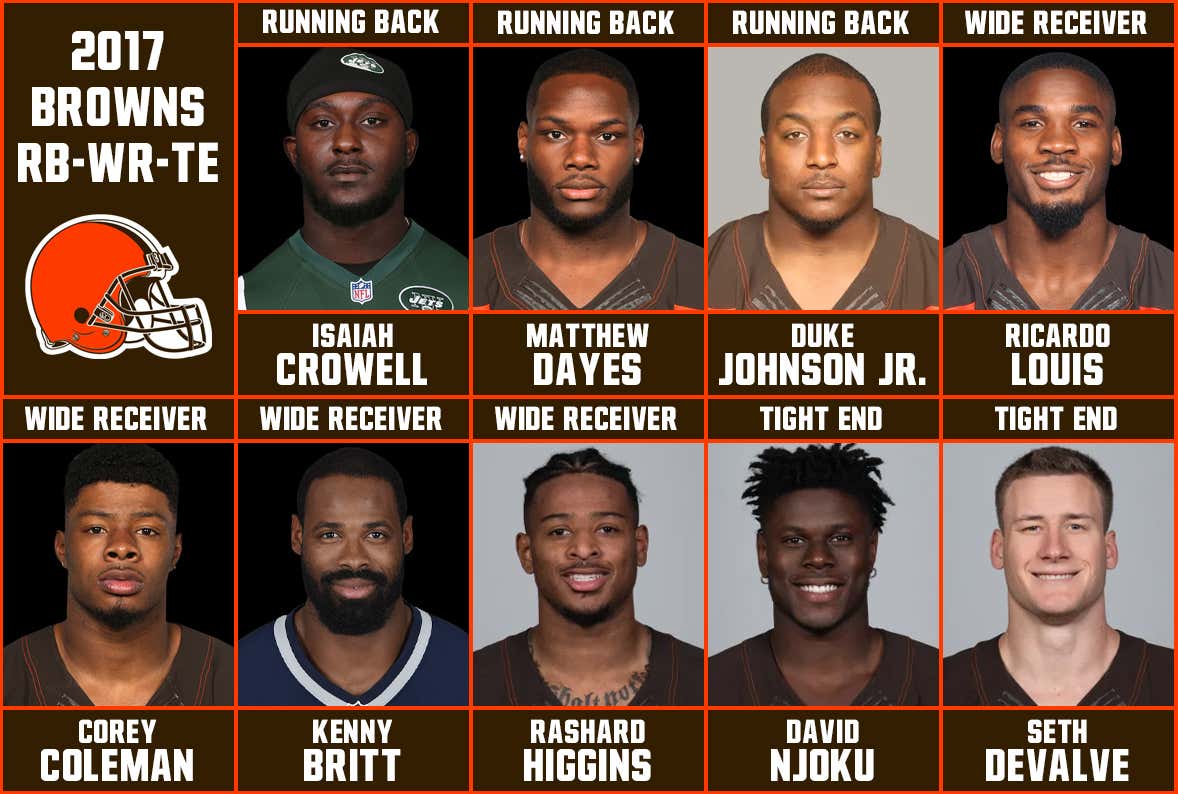 With so much talent, though, it means there are a ton of mouths to feed for Baker Mayfield. The running back situation will be easier by default until Kareem Hunt comes back midway through the season. Baker spreads the ball around well, which should make everyone relatively happy. The big thing here is winning, I don’t think the likes of Odell or Jarvis will care, so long as the team is winning.

We know Odell Beckham Jr., Jarvis Landry, David Njoku and Nick Chubb are the main four guys, but who will rise to the top to gobble up the extra targets? Rashard Higgins was a favorite of Baker’s last year. But with his speed and emergence at the end of the season, I think Antonio Callaway is the “other guy” who will stick out the most from this bunch.

The name to keep an eye out for on this list is Ishmael Hyman. He came over from the prestigious Alliance of American Football and has the coaching staff excited…

The seventh-best odds to win the Super Bowl is lunacy. I trust their ability to compete this season, but they aren’t quite there yet. Now, if their odds were hovering around +3600 like the odds of the division rival Ravens? I’d be all over it. I’m no Sports Advisor Dave or Big Cat, but the value just isn’t there.

I will for sure be monitoring it during training camp, though. The odds getting worse doesn’t seem all that likely, so, depending on their sentiment publicly during camp, it is a bet that could get more attractive.

But also, you know what, fuck you, James.

“I can’t believe we live in a world where the Cleveland Browns are the most hyped team in the preseason.”

It’s been noted that you are not on the bandwagon.

The offensive line’s production last year was night and day once Hue Jackson and Todd Haley were fired. 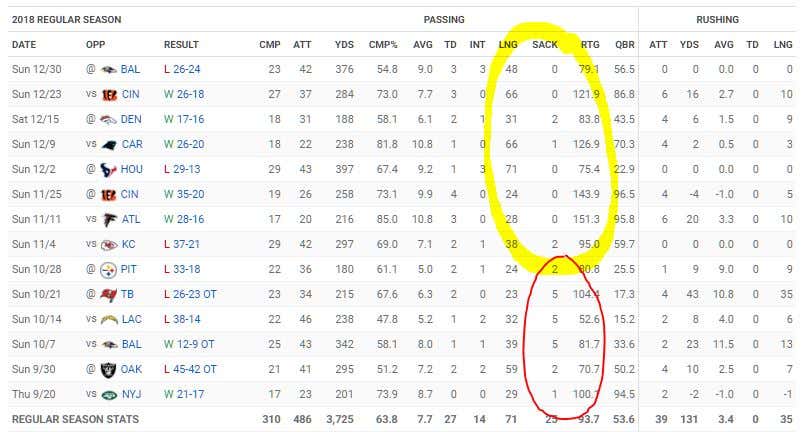 It’s safe to say that the Browns’ biggest question mark headed into training camp is the offensive line. Greg Robinson filled in, eventually, last season for future Hall of Famer Joe Thomas and worked out far better than expected. Even so, all eyes will be on if the former second-overall pick can hold the position down or if the Browns explore something else (I hear Trent Williams is looking for a trade!).

The position battle to watch will be at right guard, however. Kevin Zeitler, an absolute stud, was traded as a part of the Odell Beckham Jr.-Olivier Vernon trade and there are three guys vying for his position: Austin Corbett, Kyle Kalis, Eric Kush or Drew Forbes. Not having Corbett win the competition would be a pretty big bummer. He was one of the Browns’ two second-round picks in 2018 (the other being Nick Chubb) and he has, by all accounts, struggled a bit.

Keeping Baker Mayfield on his feet is probably the most important on the field issue for the season. The Browns need to figure it out at right guard pretty quickly.

Colin Cowherd is an idiot.

Will he say some more dumb shit (like the “hot take” that they’ll make the playoffs but not win the Super Bowl) during training camp?

The Duke Johnson situation is not a mess, but it is pretty shaky.

I can see both sides here, the Browns paid Duke but he also wants to receive the respect he deserves. My stance is that I just want Duke to stick around. He’s far too talented to just be let go for what would likely be a crappy price. There’s a chance we have been overrating him all this time, but with a good quarterback and (hopefully) stable offense, he might finally have a chance to shine.

There is only one ball to go around in Cleveland, but I truly believe Duke remaining with the Browns will benefit both parties greatly.
—
So, those are five thoughts on my mind as the Browns report to training camp today. It’s a shame we won’t get to see them in Hard Knocks, but I imagine they enjoy not having the distraction. Maybe I will cut up all the training camp highlights and set it to the Hard Knocks theme?

I’ll give my thoughts, and maybe take some questions, on the Browns position-by-position in the coming weeks. Until then, go Browns.