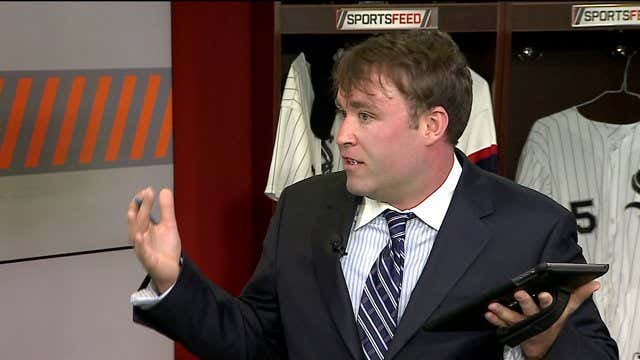 Alright gather round and listen up. We got a new series coming out of Barstool Chicago that’s sure to garner its rightful amount of attention and I want to get far out in front of it.

A weekly segment where Dave takes on Common Man Challenges.

The bat signal he says.

In the words of WSD:

Why use the coveted Bat Signal – whatever the fuck that means – when you could just ask Big Cat or Carrabis?

Listen no one’s cheering for White Sox Dave as hard as me to get this baby off the ground. Literally No One wants to see his personality shine on this platform quite like me because I swear to god if we ever really captured it…. I mean really, sincerely, actually captured the wild beast that is White Sox Dave in his natural habitat… the pageviews will flow like the ancient Rivers of Babylon.

His appetite for conflict is boundless. The self-appointed authority on all things Chicago and Man is never-ending. My mind is racing at the idea of him challenging mailmen on a legpress single-rep max or rolling back spoonfuls of cinnamon.

To date one of my greatest experiences in my professional life was watching Dave talk a relentless amount of shit about fastpitch softball before getting GASSED UP in front of a sold out crowd.

For literal weeks leading up to that night, Dave talked a relentless amount of shit about the damage he’d inflict upon a professional softball pitcher. Then finally I just said fuck it and set up a cameo for him through our local pro team because it was just exhausting listening to him blab about it and we got this:

So trust me when I say NO ONE wants to see this WSD Challenge thing take off quite like me. I’ve been on the ground floor with him since day 1 and know the short, marathon-tested legs behind this firsthand.

Here’s the problem though:

All this Challenge talk is a bunch of bullshit until Dave jumps in the Chicago River. Literally all of it is just complete hogwash poppycock-seed nonsense HORSE SHIT.

And I’m not alone in these feelings. Make sure you check these time stamps

Like I said, 2+ years of skating a bet and that’s just a fraction of the People calling for him to honor his word. So let’s set the stage:

It’s June 2017. We’re in our first season of Red Line Radio. The Cubs are fresh off a WS Championship and playing like a bunch of assholes for most of the 2017 1st half. I’m in and out of getting extremely pissed off for a few weeks in a row. Win some lose some. Get happy get pissed. Cubs are back Cubs suck. On and on it goes.

During one of these monologues, Dave got v annoyed with me and said SHUT THE FUCK UP THE CUBS ARE FINE:

THE CUBS ARE GONNA WALTZ TO THE PLAYOFFS

I PROMISE YOU THEY ARE GONNA WALTZ TO THE PLAYOFFS.

THE CARDINALS, BREWERS, REDS. THEY ALL SUCK…

I backed off from my criticisms. We were weeks out from the All Star break. I was trying to figure out how early in the season I could pull the panic button. I responded:

WSD cuts me off. Perfect.

This is my Dave. Stirring shit up without an ounce of provocation:

Me: Confirm that right now

Me: if they’re under 500 by the all star break you’ll jump off a bridge into the Chicago River?

I’ll jump into the Chicago River off a bridge.

Me: and that’s the White Sox Dave Difference

I’ve watched a lot of Cubs games. I’ve never one time rooted for them. And now I will have to becuase I don’t want to grow flippers from sewage waste. Now watch them go on their worst stretch imaginable.

Me: Thank you. I feel a lot better about this.

To be specific, that was recorded on June 1, 2017 fresh off an 0-6 west coast road trip for the Cubs dropping them to 25-27. Dave had time but like I said, the Cubs looked like shit:

It was a tough time to be a Cubs’ fan but my misery was offset by the joy of White Sox Dave growing a tail from jumping in the river. It’s a disgusting place but he’s a man of his word and the kind of guy you want next to you in a fight. At least that’s what you would think with all this tough talk. Nothing says Man like honoring your word: 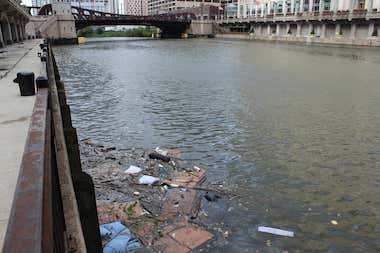 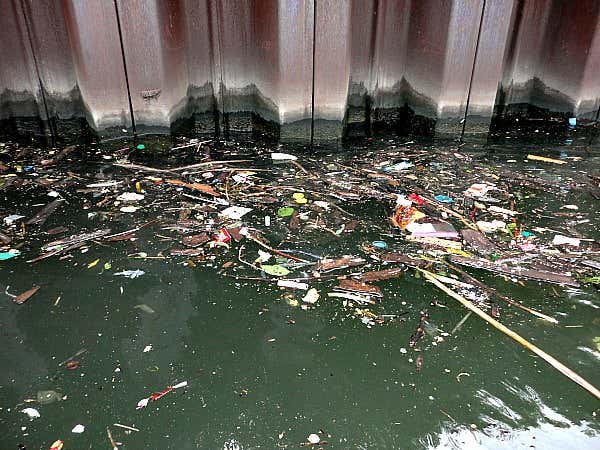 But as you know by now, Dave refused to honor the bet. First it was for legal reasons – afraid he’d get arrested despite my brother, a guy who defends people against murder chargers, said he’d handle the fallout. Next was he couldn’t find a decent location despite there literally being an endless amount of places to go in unseen. Then it was a timing thing – the weather turned and it got cold so Dave just kept kicking it down the road. Finally when Season 2 rolled around, Dave had entirely reshaped his promise into the butt end of a very bad joke. And now it’s been more than two years without progress in the face of extreme criticism. We’re constantly telling Dave he needs to own up to this bet, and he’s constantly telling us to kick rocks. I’m NOT JUMPING IN THE GODDAMN RIVER.

I’m not only boycotting but vehemently protesting this WSD Challenge bullshit until he goes in the river. I got an email from him a couple days ago telling me it would Be Hilarious Dude if I threw live pitching to stoolies as part of the challenge and people could sign up to hit fastballs off me LOL!!! You see it’s funny because I’m a 32-year-old washed up mediocre Big 10 reliever and the world revolves around Athletic Achievement. Imagine rolling to the bar on Saturday like Hey Girl I Went 1-4 Against Carl in one of White Sox Dave’s challenges. Will you be prepared to get laid so easily and frequently?

We’ll find out in due time.

Trust me = I’ll gladly sacrifice the health and functionality of my right arm if it means 7-10 minutes of workable video content for Barstool Chicago.

You’re just completely out of your mind to think I’m doing that or anything else to support this bullshit campaign before Dave goes in the river. And unlike some people around here I’m not afraid to keep a promise.