Yesterday, during Pac-12 media days, I noticed something strange. Something veryyyyy strange. What was it? Liam Ryan's mullet:

Look at that bad boy. I mean what the hell is that? Is it a wig?

The most confusing mullet I've ever seen. Why is it blonde in the back but brown in the front? Whatever the explanation, I'm obsessed with his hair: 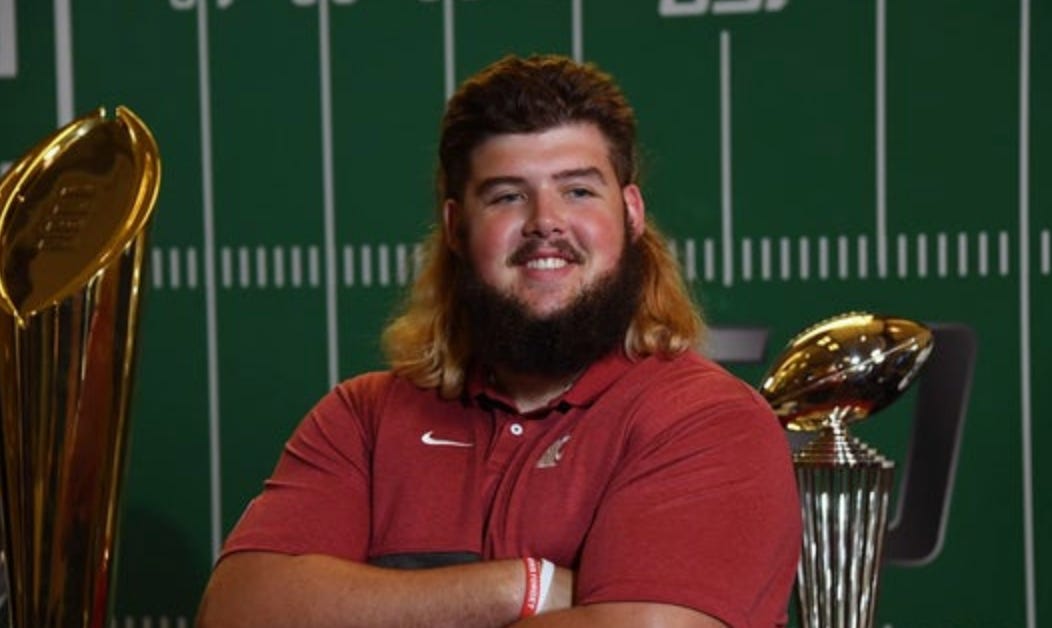 Offensive lineman are the funniest people on every football team. If you want laughs, go to the part of the locker room where numbers 60-79 are. Also, if you go out with them, be prepared to die.

It's also perfect that Liam is coached by none other than Mike Leach. Would love to hear his thoughts on his hair. Probably would relate it to some war hero in the 1800's.