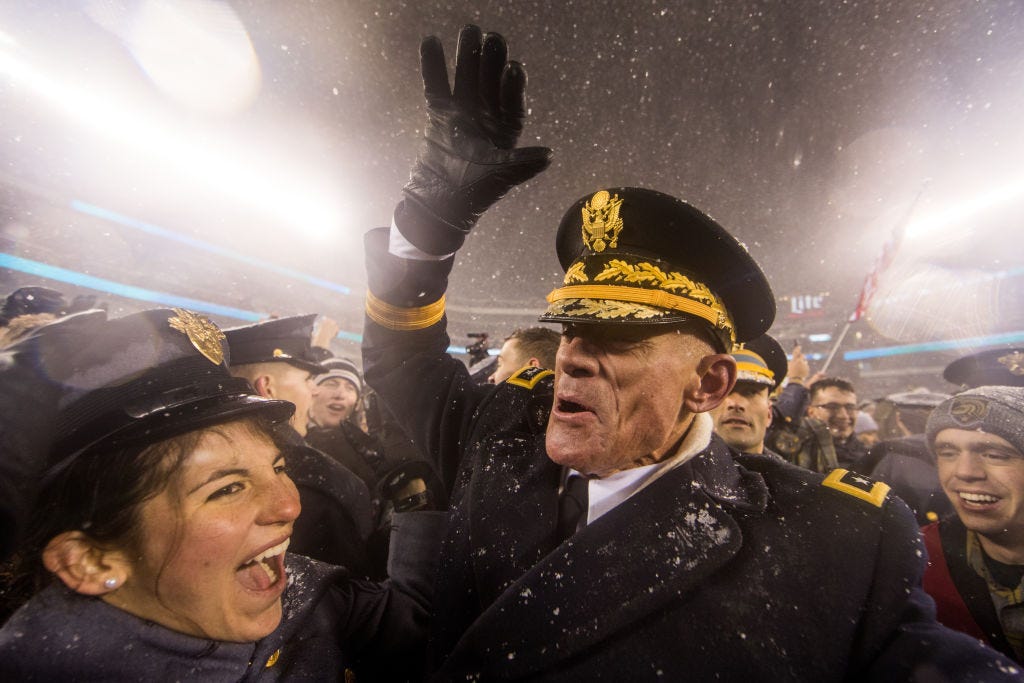 Robert Caslen is a god among men. From 1975 to June 22nd, 2018, Caslen served in the United States Army. The man is quite frankly is a beast: 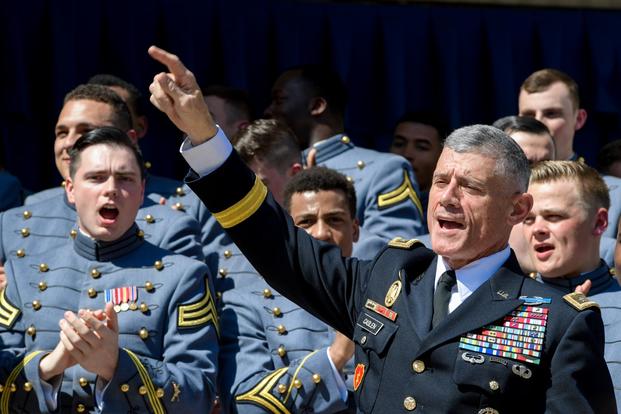 Looks like a guy that runs a marathon every single morning and barely sweats.

His time as the superintendent of West Point ended in 2018, but he is back to helping out the education system of America after being named the new president of South Carolina. This was met with some controversy as students protested this "warmonger" who was "unqualified:"

I guess being the president of West Point wasn't enough qualification for these students. That's what we call Sakarlina logic.

Those against the hire also must not have heard this story:

SOURCE-There’s a legend about incoming University of South Carolina President Robert Caslen. One day, while deer hunting, Caslen, a three-star general and former Superintendent of U.S. Military Academy at West Point, wrestled a deer into a lake and drowned it with his bare hands. It’s true.

Not surprised, but I'm still impressed.

The deer was 100 yards out, well in range of his iron-sighted 30-30 rifle. The deer had its back to Caslen, and all he could see was the deer’s horns and its rear end. Then something strange happened. Caslen — who served as a special forces soldier in the Army Rangers — missed.

Special forces soldier for the Army Rangers? Still not qualified according to the Sakarlina students.

The deer ran and Caslen began tracking it, taking the high ground, and he noticed the deer was sprinting for the lake. “I was ready to shoot him, but unfortunately, on the other side of the lake there was a guy on a tractor mowing the grass out there,” Caslen said on the podcast. “He was down-range of where I was going to shoot so I didn’t shoot.” The deer then jumped in the lake and tried to swim across, but stopped halfway and returned to the shore. Caslen resumed tracking the deer and got within 10 feet of it, where it was lying on the river bank. Caslen took another shot and missed. Then, “he came flying out of the lake right at me, similar to a bull in a bull run,” Caslen said on the podcast. “As he came flying at me, I couldn’t even shoot or anything. I just dropped my gun. I kind of stepped to the side like a bullfighter and I grabbed him around his neck. I had him in a choke hold, so I wrestled him to the ground.”

A real shame there isn't a video of this. I'd imagine it similar to the video of Khabib wrestling a bear:

“This combat was wrestling a deer, but it could have been anything,” Caslen said. Caslen’s first day as president of USC will be Aug. 1.

Best of luck to Caslen. South Carolina is in good hands.