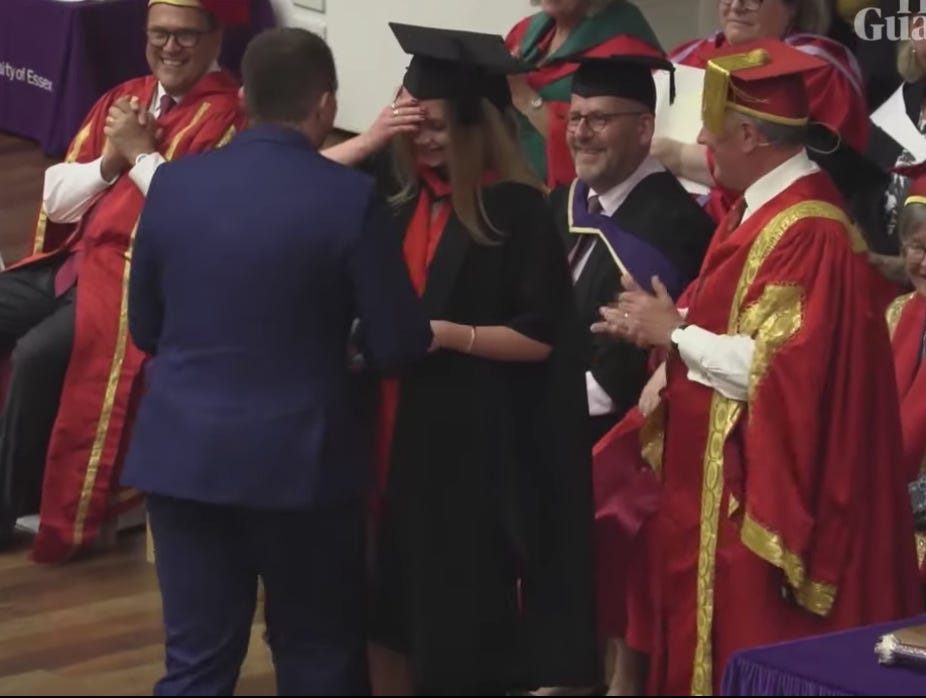 Graduating from college is cool and all. It's a big moment for a lot of people. However, the graduation ceremony? Worst thing in the world. Everyone is hungover, tired, and sick of listening to names for hours straight. Once you get your diploma, you are so relieved the entire process is over the only thing you want to do is sleep or get a drink. I can't imagine a worse time to propose to your girlfriend.

This happened at Essex University in Essex, England. A lot of folks are claiming this was a sexist proposal. Something to do with the male using the patriarchy to take over his girlfriends big moment to make it his moment. I agree with that. Massive asshole move. I'm not going to get into the sexist remarks and, instead, talk about how dumb this was from a non-gender perspective.

As I said in the first paragraph, the only goal during a graduation ceremony is to finish it. That's it. That's all you're thinking about. If anything goes off-plan to make the ceremony go longer than it needs to, you're pissed off. During my graduation this year, an old priest handing out the diplomas collapsed on stage and my first reaction was, "how about this asshole?" If this happened during my graduation I may have considered booing. Actually, I definitely would've booed.

You can even see the girl is pissed off it happened like this. It doesn't even appear she wants to say yes. 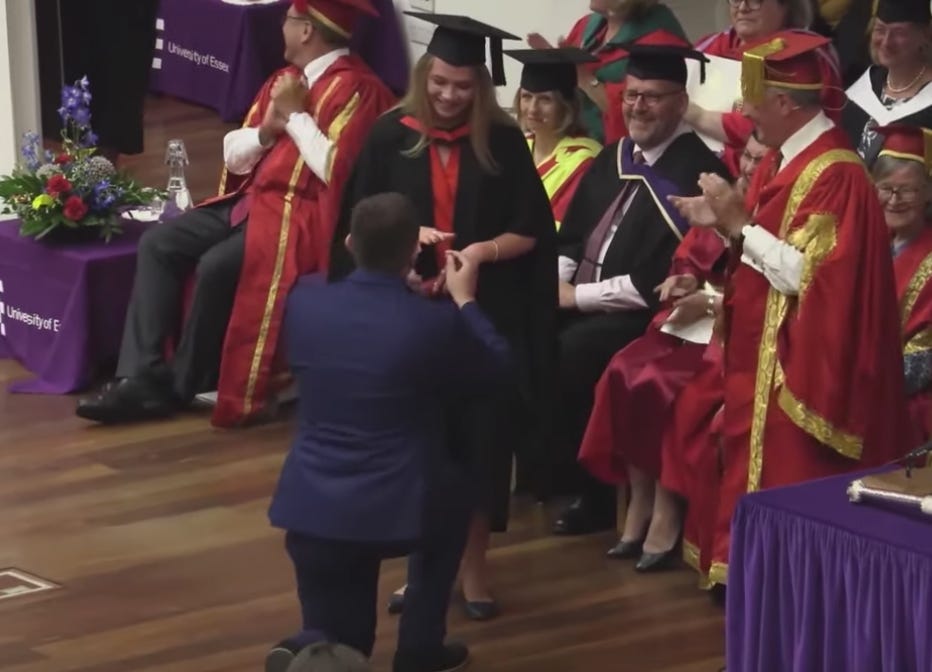 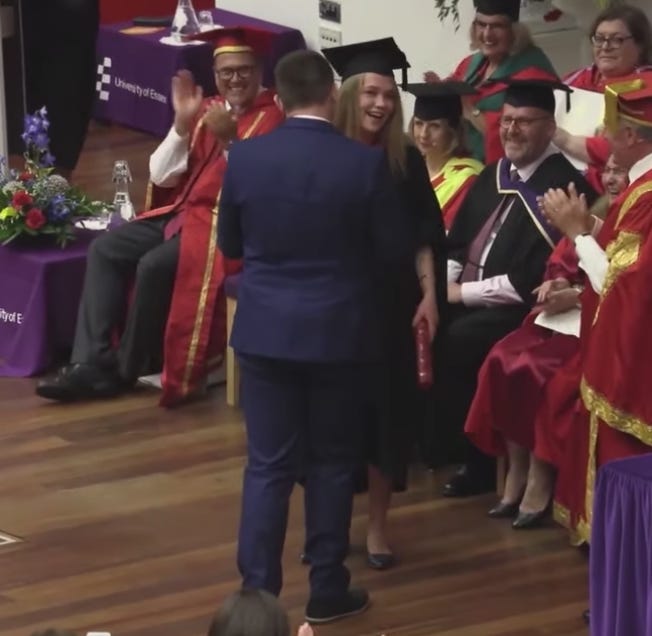 Then the twirl? Does this girl even want to marry this guy?

Look at that kiss after the twirl!!!!

Fellas, if you're reading this and thinking of a big proposal idea, do NOT do it during graduation.