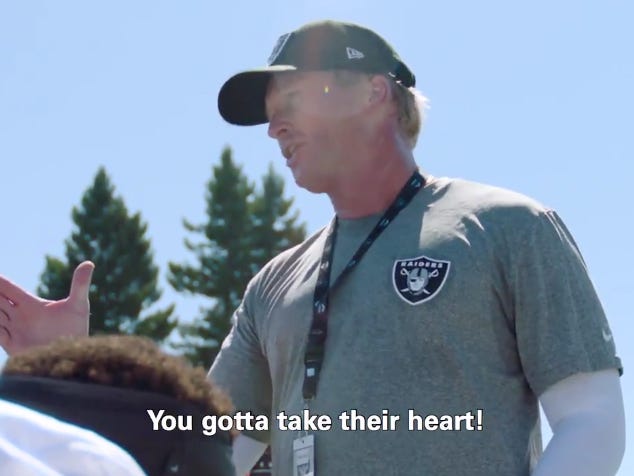 We are under a week away from August. Yesterday was the last Thursday of 2019 without football. Next Tuesday will be our last Tuesday without Hard Knocks, which of course will be featuring Jon Gruden. Before I pressed play on this clip, I was already verrrryyyyyy excited for this season with Chris Berman voice the Oakland Raiders. After watching it? HOOK IT TO MY VEINS!!!!

Cannot say anything except electric. What a damn speech from Jon Gruden. Talk about an all time football guy quote: 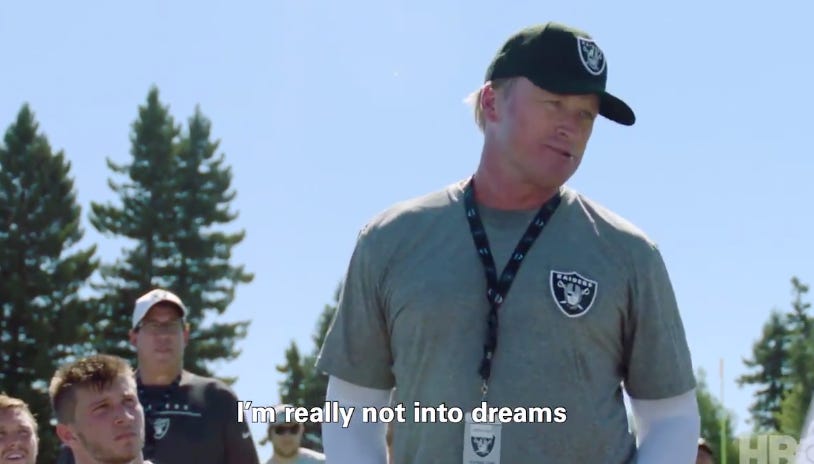 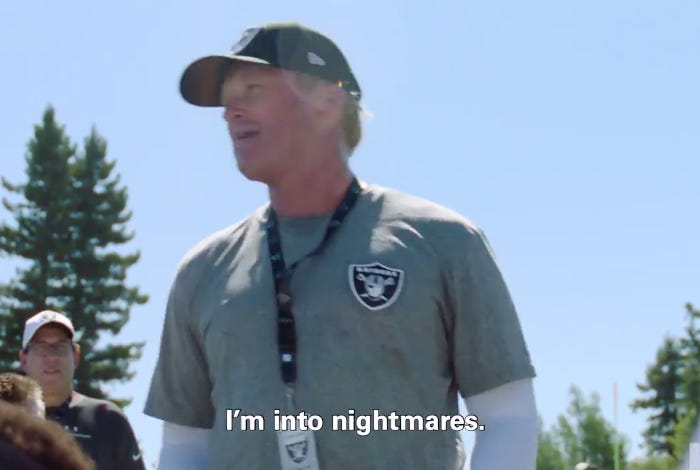 And then the "we're not trying to go to the Peach Bowl" part? Phenomenal. 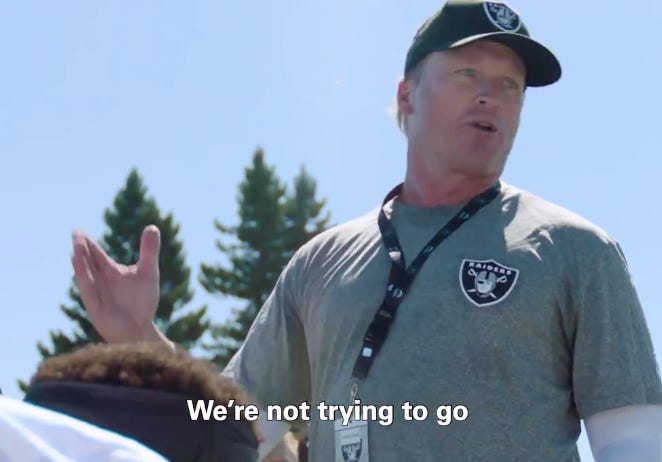 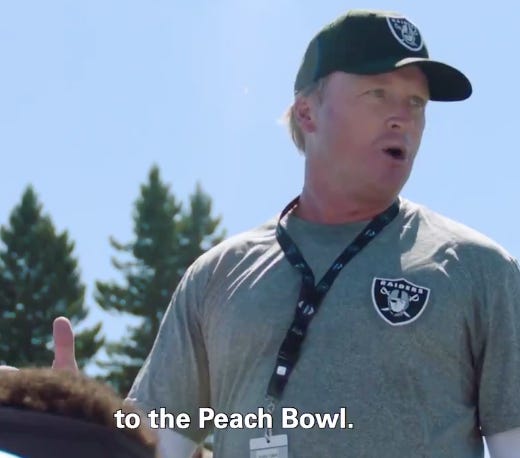 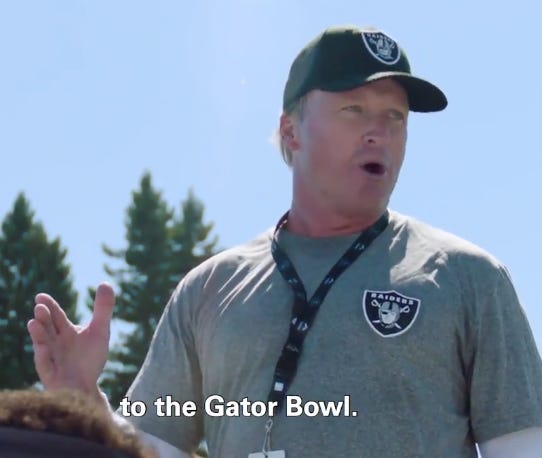 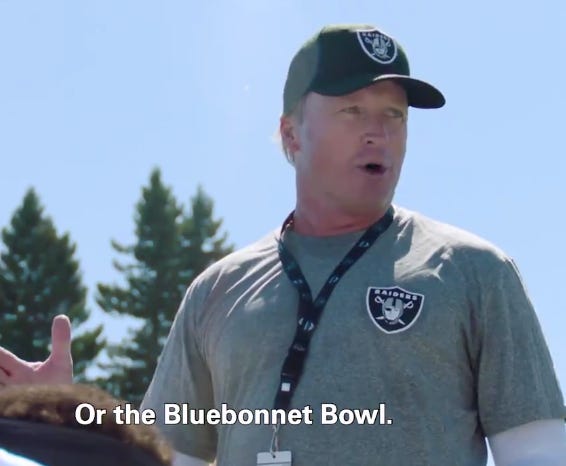 I watch Hard Knocks every year regardless, but haven't truly enjoyed one since the Rex Ryan - Jets one. Last year's version with the Browns was cool and all, but I think we may reach Rex Ryan - Jets level this season.