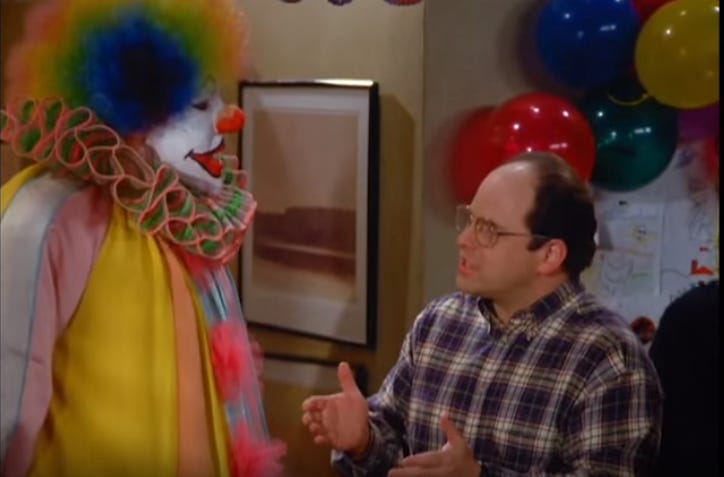 I'm anti-cruise ship. Doesn't matter the time or the place, I'm not getting on a cruise. Sometimes people ask me why and I point to stories just like this one.

A mass brawl broke out on a British cruise ship Friday morning, leaving several people injured and others confined to their cabins for the rest of their journey, according to eyewitnesses who spoke to CNN affiliate ITV news.

The P&O cruise ship Britannia was on the final leg of a cruise to Norway's fjords from Southampton, in southeast England, when the fracas broke out, ITV reported.

The problem with cruises are that when something like this breaks out, there is nowhere for you to go. You are stuck. Onboard with a bunch of crazy people. Surrounded by the ocean. I'm not sure I've ever trusted somebody who has gone on a cruise and enjoyed it.

ITV's "Good Morning Britain" correspondent Richard Gaisford was on board the ship when the fight broke out. In a series of messages on Twitter, he said that heavy amounts of alcohol contributed to violence that started on the 16th floor restaurant on Thursday, when a passenger appeared dressed as a clown.
The passenger's attire apparently upset some of the guests, Gaisford said.

That's who goes on cruises. People who like to eat dinner dressed as a clown.

Mr Gaisford tweeted: “Violent late night brawl in the buffet onboard P&O Cruises Britannia left staff who intervened injured, as passengers used furniture and plates as weapons. “Witnesses told me they were so frightened they had to hide, as family groups fought.”

That's another rule for life. Don't eat at buffets if you can avoid them. Nothing good happens at buffets. Ever.

"Things kicked off when another passenger appeared dressed as a clown. This upset one of their party because they'd specifically booked a cruise with no fancy dress. It led to a violent confrontation."

Again with the weird rules of cruises. You go on vacation, but often times on these cruises you are told how to dress. If you choose a cruise that doesn't have dress rules, you will have issues if you do dress up. P.s. This reminds me of the great Seinfeld scene where George is yelling at a clown about not knowing who Bozo The Clown is:
clownclown cruise shipclown cruise ship brawl+ 1 Tags