Possibly one of the most absurd ideas I’ve ever heard. I assume the Arizona PD isn’t high on the marijuana, but whoever thought of this idea was high as hell.

For those of you that don’t know, a Circle K is just a gas station. So, the police are just giving Arizona drivers, who are following the law, a free drink from a gas station. What does a Coke cost at a Circle K? $2? Can’t imagine much more than $3. Imagine the inconvenience of being pulled over by the cops, on the highway, to receive a pat on the back and a $2 coupon. Disgusting.

Also, how about the little kid they pulled over to push this propaganda on us? 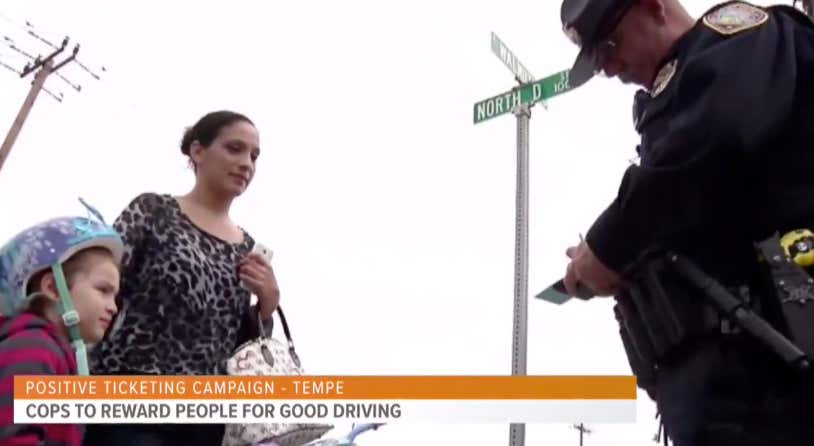 The kids on a damn bike. Why are you pulling her over? To give her a $2 coupon. Imagine the look on her face when she realized that all she got was $2 to Circle K. That’s it. Nothing else.