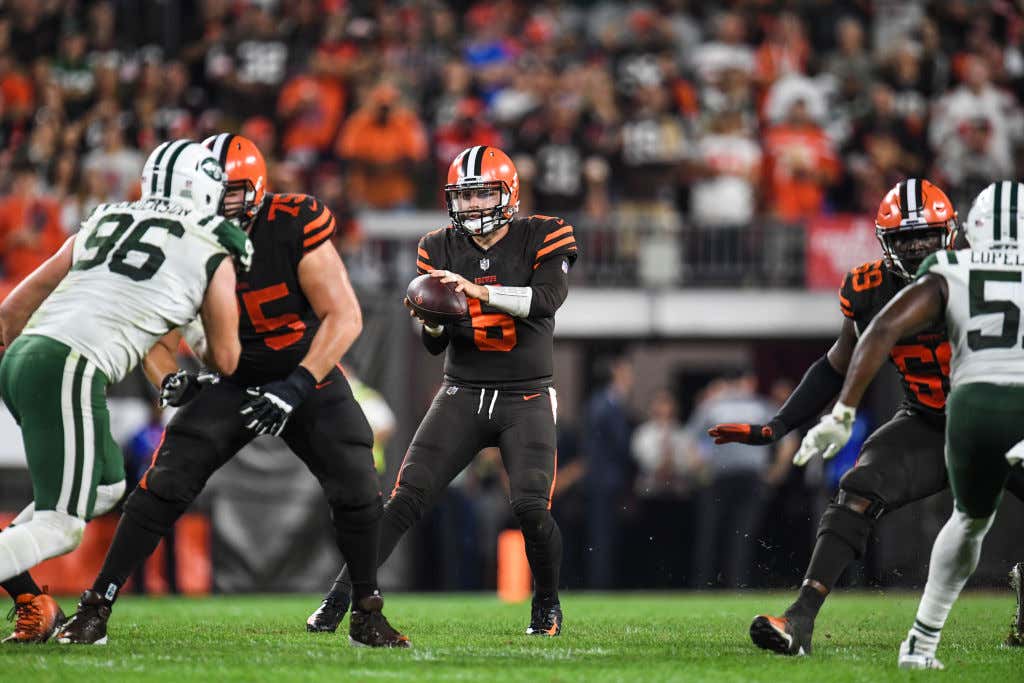 Baker Mayfield’s 2018 season started off with a bang. If you recall correctly, Baker took off the entire sports world on a Thursday night.

He even won over the respect of his offensive line that night, which was probably harder than beating the Jets. How did he do it?

“I don’t even know who you are man” is one of the best comebacks in the book. It’s borderline impossible to not be offended by AND hard to respond to. Great job by Baker, not that I’m surprised.

I wonder which player it was on the Jets. Wylie says it was on the defensive line. Maybe Steve McLendon? Mike Pennel? Those guys are pretty irrelevant. Henry Anderson? Nathan Sheppard? Who knows.