To be completely honest, I thought Steven Jackson had been retired for a few years now. Looking at his football reference, I was right, seeing that he hasn’t played since 2015 in New England. I’m not sure why it took him until now to “retire,” but whatever. A man can do what a man pleases.

I wasn’t the only one who forgot that Steven Jackson existed. As it turns out the league office did. When they saw him show up as somebody who signed a 1-day contract with the Rams, they immediately sent him a “random” drug test:

The NFL owns an entire day of the week for almost half of the year, but they still can’t get out of their own way 90% of the time. Jackson will probably wind up with a bigger suspension than Tyreek Hill.

P.s. Speaking of Steven Jackson, I do not know how I feel about this being in his bio: 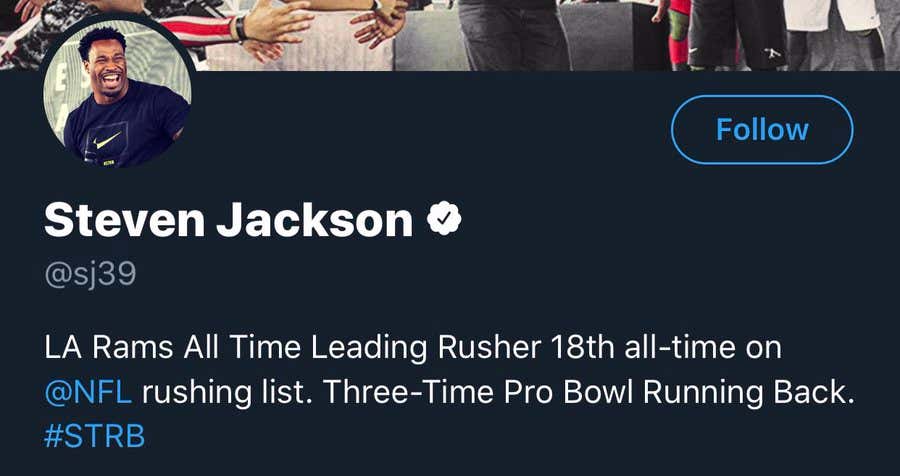 Reading “LA Rams All-Time Leading Rusher” would not feel good if I was from St. Louis.

P.s.s. Steven Jackson will eventually be forgotten by a lot of NFL fans, but I’ll never forget how mean he ran with those dreadlocks. Must’ve been MISERABLE to tackle: