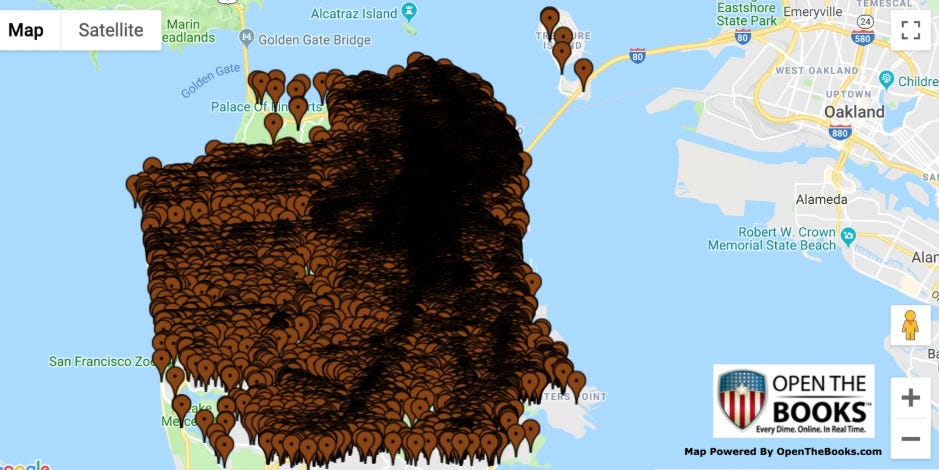 I've made it very clear during my Barstool blogging career that I am no fan of San Francisco, or as I like to call it, San Franpoopo (I'll be here all week, folks).

The poop issue in the most expensive city to live in America has been an increasing problem. My first blog about the poop crisis was over a year ago:

Data was released in April confirming there is more poop on the street than there has ever been.

To combat such an issue, San Francisco has set up poop stations:

Along with the poop stations, San Francisco has decided to make their own "poop patrol:"

SOURCE-Mayor London Breed last year announced the formation of a special six-person “poop patrol” team where each cleaner earns more than $70,000 a year.

"I'm part of a special unit with the government."

"Yes, I police the streets."

"Yes, I'm a part of a six-member unit named the poop patrol."

You may be thinking $70,000 a year to pick up poop is a lot of money. That may be true in other places in the country, but the cost of living in San Francisco is 80% above the national average. To put that in perspective, a $39,652/year salary in Dallas is comparable to a $70,000/year salary in San Francisco. That adjustment isn't even accounting for the poop on the streets.