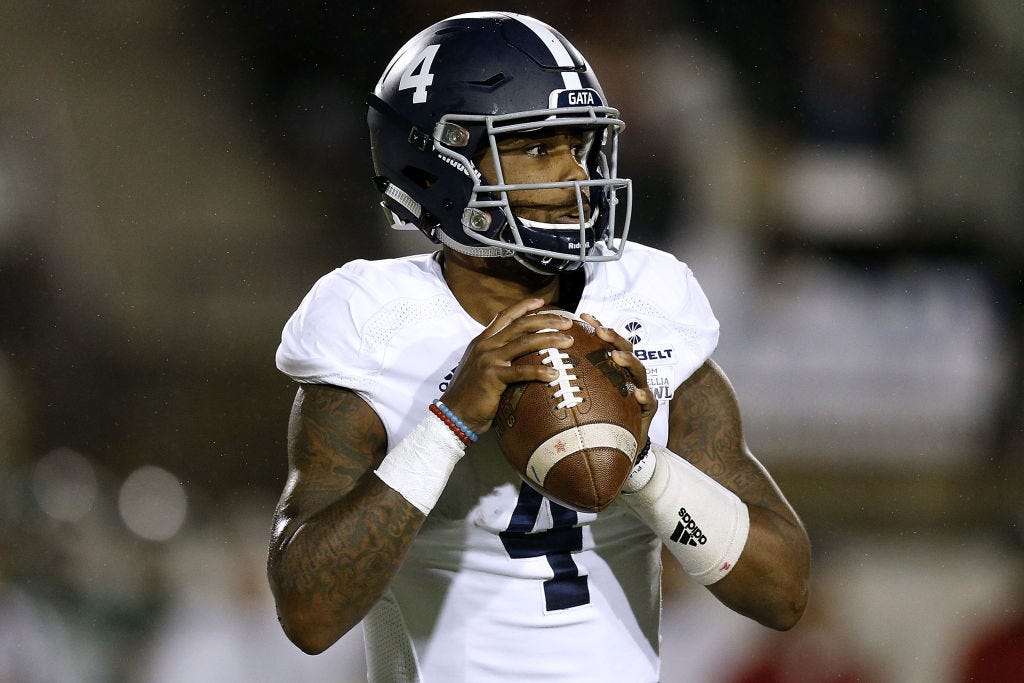 Shai Werts is entering his third season as the starting QB for the Georgia Southern Eagles. He's had a great career so far, playing in 24 games, scoring 35 TDs, and leading them to a 10-3 record in 2018. Unfortunately, Shai found himself in a less than ideal situation this past week:

Werts, the team’s starting quarterback, was allegedly going to be pulled over for speeding by Saluda, South Carolina, police. After reportedly calling police to say he wanted to keep going and pull over in a more well-lit area, he did pull over. And that’s where police allegedly found a substance on the hood of his car that Werts said was bird poop.

All-time excuse right there. It's not cocaine! It's bird poop!

Werts stated it was bird poop that he tried to clean at the beginning of the week at the local car wash. "Everything about him and inside his vehicle made him appear as a clean person but the hood of his car was out of place," the report states. Werts denied knowledge of origin of the cocaine, according to the report. The powder appeared to have been "thrown on the vehicle and had been attempted to be washed off by the windshield wipers, and wiper fluid as there was white powder substance around the areas of the wiper fluid dispensary," the officer wrote.

I'm not even sure how cocaine gets up on the top of your roof. Maybe as he was getting pulled over, he threw the cocaine out of his window and a part of it stuck to his roof?

Shai ended up being suspended for this incident:

The good news for Georgia Southern was the suspension did not last long:

“Quarterback Shai Werts returned to practice today after submitting to, and passing, a drug test. Moving forward, Shai’s case will handled in accordance with the Georgia Southern Student-Athlete Code of Conduct.”

So, now all we have to do is find the bird that was shitting cocaine? Have the drug kingpins decided to start moving cocaine through birds? Wouldn't put it past them.