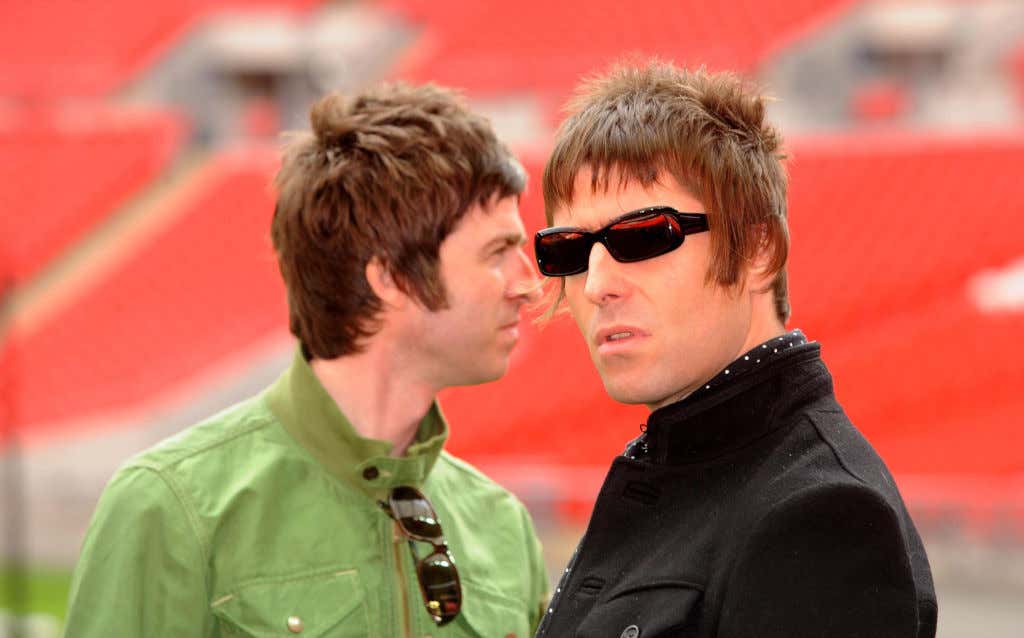 I think a cool video series Barstool could do would be ranking the greatest beefs in modern history. We’d leave out the political ones, but include the likes of Biggie-Tupac, Jay Z-Nas, Kobe-Shaq, etc. I think at the top of the list would be Liam & Noel Gallagher. The brothers who combined their talents to create Oasis absolutely despise each other. Noel confirmed that again with an interview with The Guardian:

(Side note: I absolutely love how the Brits refer to their mother as their “mum.” It’s electric.)

This beef has gone on for a long time and Noel & Liam have not been afraid to take it into the press. Just in June, when rumors of an Oasis reunion were in the press, Noel remarked, “If they want to hear old Oasis songs they’re being played by a fat man in an anorak somewhere, you know, with shorts on so they can go and see that. I’ve no desire at all to get back involved with Oasis.”

A timeline of the beef:

1994: Liam hits Noel over the head with a tambourine during a concert in LA. Liam goes onto insult the American crowd.

1994: During an interview, Liam and Noel start yelling at each other. In the midst of telling each other to fuck off, Noel states:

If you’re proud about getting thrown off ferries, then why don’t you go and support West Ham and get the fuck out of my band and go and be a football hooligan, right? ‘Cause we’re musicians, right? We’re not football hooligans.

For soccer fans, this is an unbelievable insult. Liam then tells Noel, “stick your thousand pounds right up your fuckin’ arse ’till it comes out your fuckin’ big toe.”

2000: While on tour, Liam and Noel are drinking together. Liam calls into question the legitimacy of Noel’s child. This turns into a a massive brawl.

2005: Liam claims he has full mental control over Noel, “He’s actually frightened to death of me. I can read him and I can fucking play him like a slightly disused arcade game. I can make him make decisions that he thinks are his but really they’re mine.”

2009: Noel claims Liam is “rude, arrogant, intimidating, and lazy. He’s the angriest man you’ll ever meet. He’s like a man with a fork in a world of soup.”

2013: Liam calls Noel “one of the biggest cocks in the universe.”

2016: During the premier of an Oasis documentary, Liam says he is open to an Oasis return. When asked about Noel being apart of it he states:

I’m sure I missed a bunch of things, but you get the idea. This beef has been going on for over two decades and it does not look like it’s ending anytime soon.