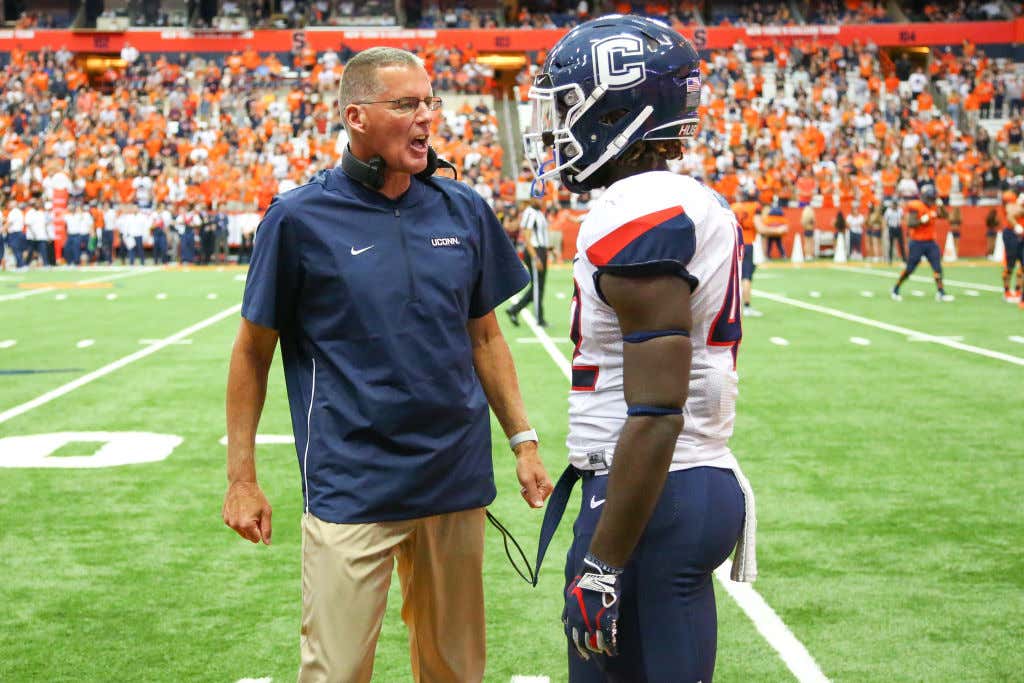 UConn football has had an interesting offseason. After setting record after record with their terrible defense in 2018, UConn decided to leave the AAC after the 2019-2020 athletic year. This is bad news for UConn football as they’ll enter the 2020 season as an independent.

UConn currently has a win total of 2.5 and looking down the barrel of another disappointing season at The Rent. The good news? At least their coach is woke.

He doubled down on it yesterday:

Edsall, who has spent most of his four-decade coaching career in college football, said in an interview with ESPN that the sport has outgrown its amateur past and has been “professionalized.”

“The NCAA, they run these commercials about student-athletes,” Edsall said as his Huskies began their August training camp last week. “It ain’t a student anymore. It’s just athlete.”

I see NO lies. None.

The NCAA started using the term “student-athlete” during the late 1950s when it faced the threat, via a lawsuit, of having to pay workers’ compensation benefits for scholarship players.

“When I played, you played 10 games. You were home for Thanksgiving. You weren’t there in the summertime,” Edsall said. “Now the demands are [higher] and the money is available.”

Yet again: NO LIES.

“We’ve started to get senators and congressmen involved, I think it’s inevitable at some point in time,” Edsall said. “When it is, I don’t know, but I really believe it’s going to happen.”

I agree with Edsall that it is inevitable, but how quick is this change going to happen? It may be longer than I even think Edsall expects. The power that the NCAA has is silly and they aren’t ready to stand down, even when politicians are involved:

Hopefully, the NCAA makes the decision to enter the 21st century. For the sake of college basketball and football.