OBJ's career has had a hell of an offseason. After getting traded away from the Giants and to the Browns (who have already won the next 5 Super Bowls according to Bleacher Report), he's connected with Baker Mayfield. He's also found himself with a new girl via the Instagram streets.

Lauren Wood is an Instagram model to the core. She's in "TV/Film" and even has a bible verse in her bio:

This information has been widely known throughout the internet and folks have taken to his comment section on Instagram to say they don't approve of his new relationship. OBJ has gone "12 rounds" in the comments with the trolls.

He has even commented on Instagram's from accounts like The Shade Room: 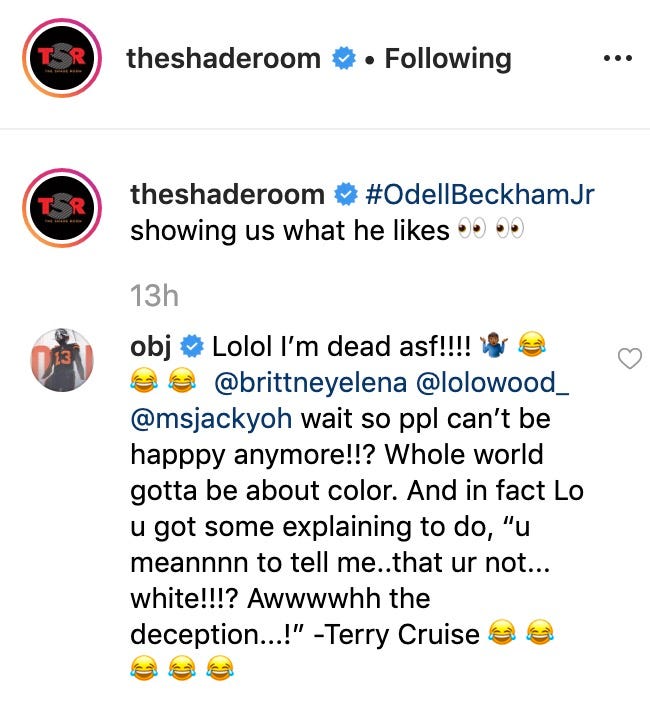 He isn't concerned with these people (even though he's responding to their comments) because, in his own words, "I wouldn't holla at y'all if it was a bet on the line." 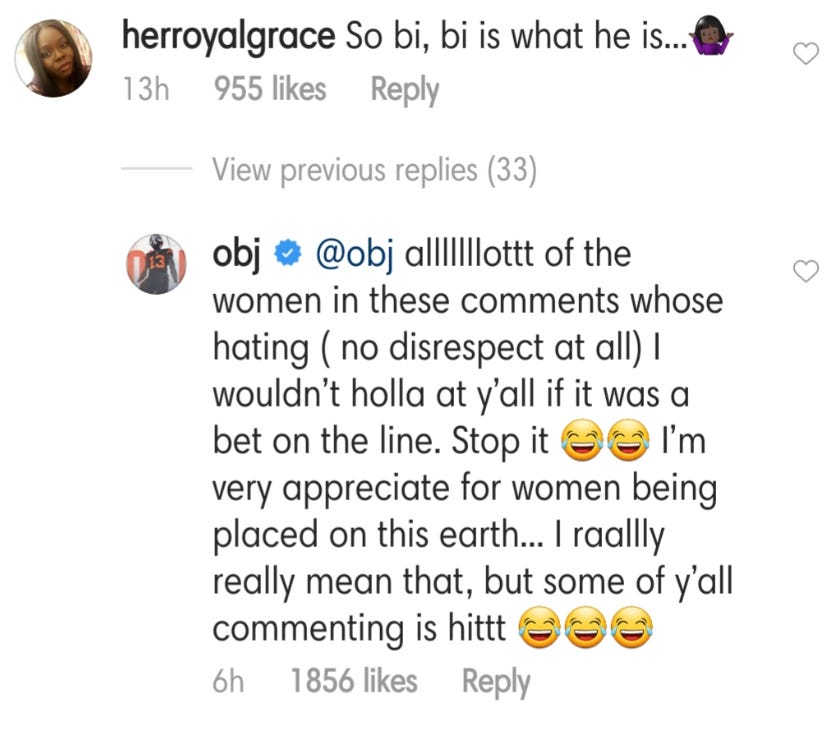 For those of you who don't know what that means, a simple translation would be: "I don't care about your opinion because you are so ugly I wouldn't try hitting on you even if there was a bet on the line."

Good for you, OBJ. Keep living your life. Maybe stop reading the comments, though? Don't be the KD of the NFL.