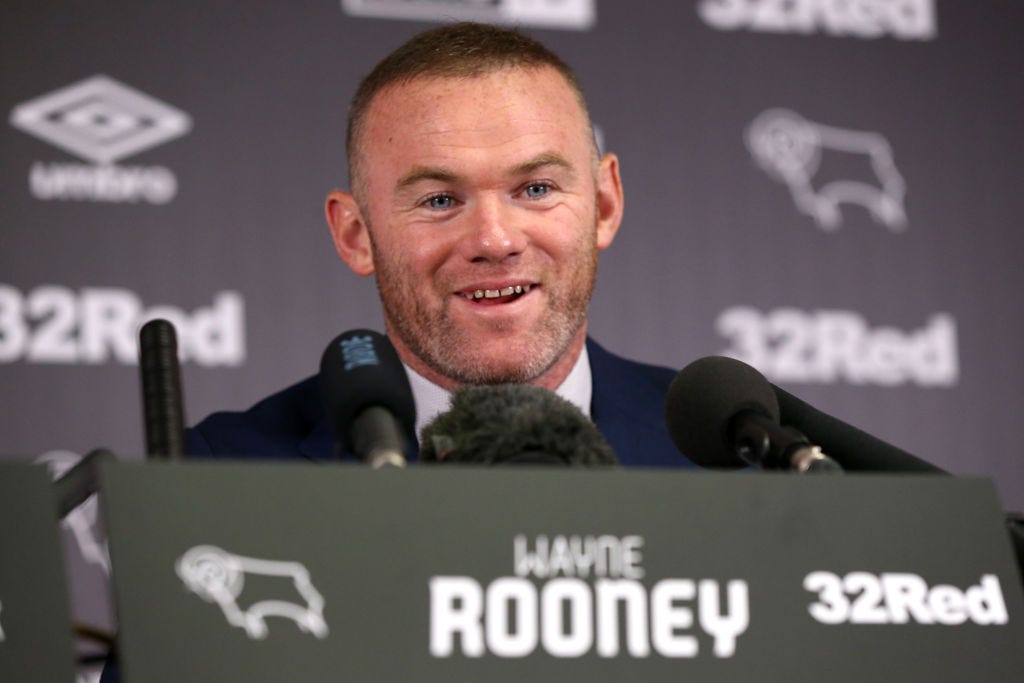 Wayne Rooney has had a hell of a run in the MLS.

He even slid a drunken arrest in there:

He is moving on from DC United at the end of this season to become the Jackie Moon of soccer:

Nothing gets me going like player-coaches. It's such a fascinating concept. I think every NBA team should have at least one player-coach. Imagine if Carmelo was the player-coach for those bad Knicks teams?!? It would be must-watch TV.

I'm even intrigued by allowing coaches to play when they want. Let's say Mitchell Trubisky goes down and Matt Nagy decides to put on the pads:

Coach O putting on the pads in Death Valley? GOOSEBUMPS.

P.s. Wayne Rooney is the common man of soccer. He looks like he should be down at the pub and instead he has put together a phenomenal career at the highest levels of soccer. He's, also, hilarious off the pitch: