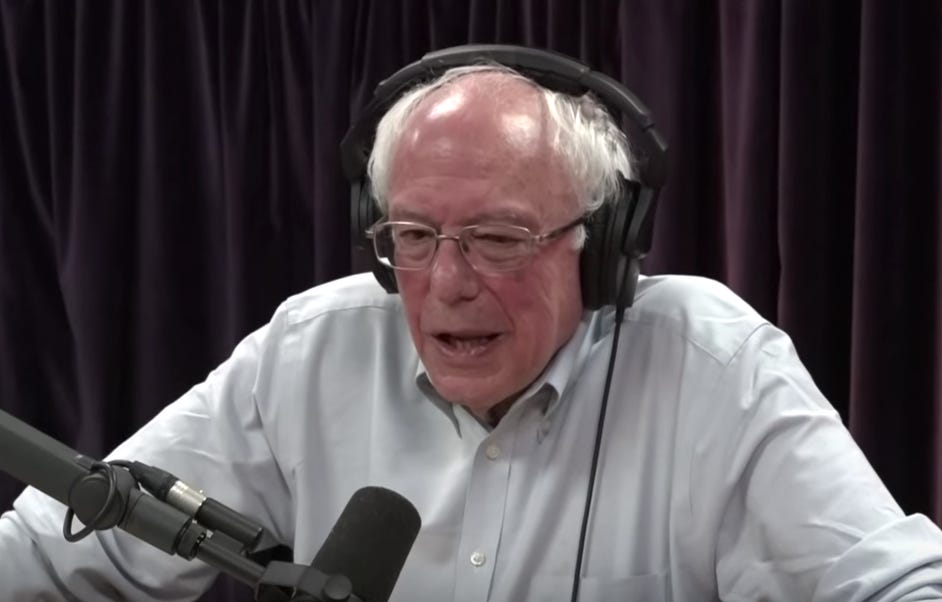 Yesterday, Bernie Sanders found himself on a very popular podcast. No, not Call Her Daddy, but instead: The Joe Rogan Experience.

A good move for Bernie. Going on JRE is a great way to increase your popularity and, I suppose, your poll numbers.

While on the pod, Bernie was asked about the alien craze that is sweeping the interwebs (which Joe Rogan has a lot to do with thanks to bringing on Bob Lazar).

Going to be honest:

If Bernie did go on to be the president, I have zero belief he'd let us know if aliens exist. Is there a way to have less than zero belief?

I'm not the biggest alien guy. I've watched Bob Lazar's documentary and listened to him on Rogan, still came away not a big alien guy. I was interested, but not sold on anything outside of the fact that if there were aliens out there and our government knew about it, you nor I would know about it.

I'm, also, not sold on aliens being real or ever invading earth. For some it appears that it's just a fact that they exist. I am so against that train of thought. Now, do I believe that we will be told that aliens are invading earth at one point in my life? Yes, I think that's something coming. Will it be actual aliens? Nope. Am I crazy? yes. Why do I believe this? It's one of those if you know, you know things. Maybe I'll explain it one day.

P.s. This was funny