You know what they say, right? It be your own people…..

The University of Central Florida has suspended a sorority after a group chat surfaced last month showing allegations of underage drinking, selling IDs and paying for others to complete homework assignments.

I wonder if the UCF officials, who spent god knows how long on this 41-page report, do realize that this is what literally every college student does. Or are they just naive?

Thank GOD they spent that much time investigating the likes of drinking and paying for homework assignments.

The allegations of misconduct were brought forward on July 9 by a sorority member who was studying abroad. The documents obtained from UCF show screenshots of the chat between members that include several conversations about selling and trying to obtain IDs for underage drinking.

In the world of organized crime, somebody who flips and becomes an informant for the government is considered a rat. It's the worst thing you can possibly be within the mafia. The equivalence of this within the sorority world is leaking your group chat to school officials. We have our hands on a Henry Hill in the sorority world!!!!

The images include a person lying by a toilet, someone lying in bushes and young women holding drinks in their hands.

That's the worst thing in the group chat that dated back to October? 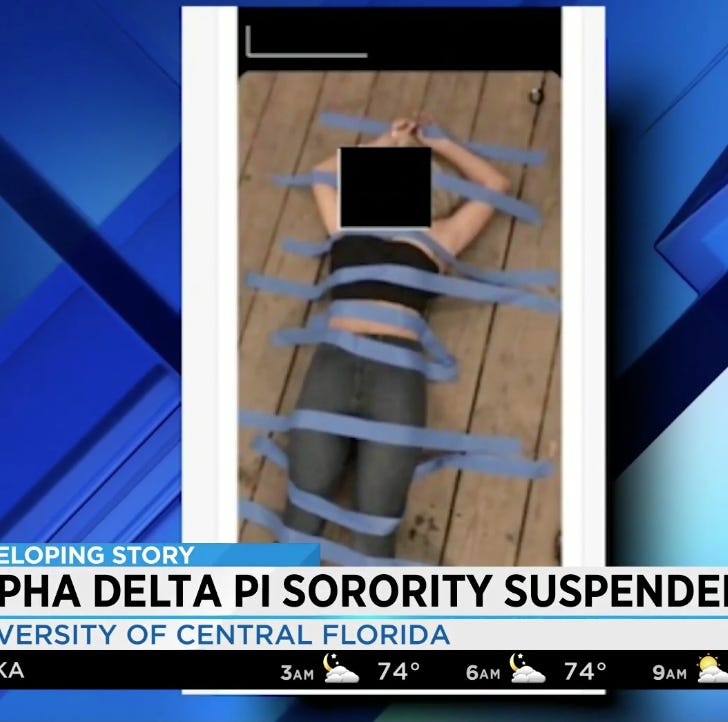 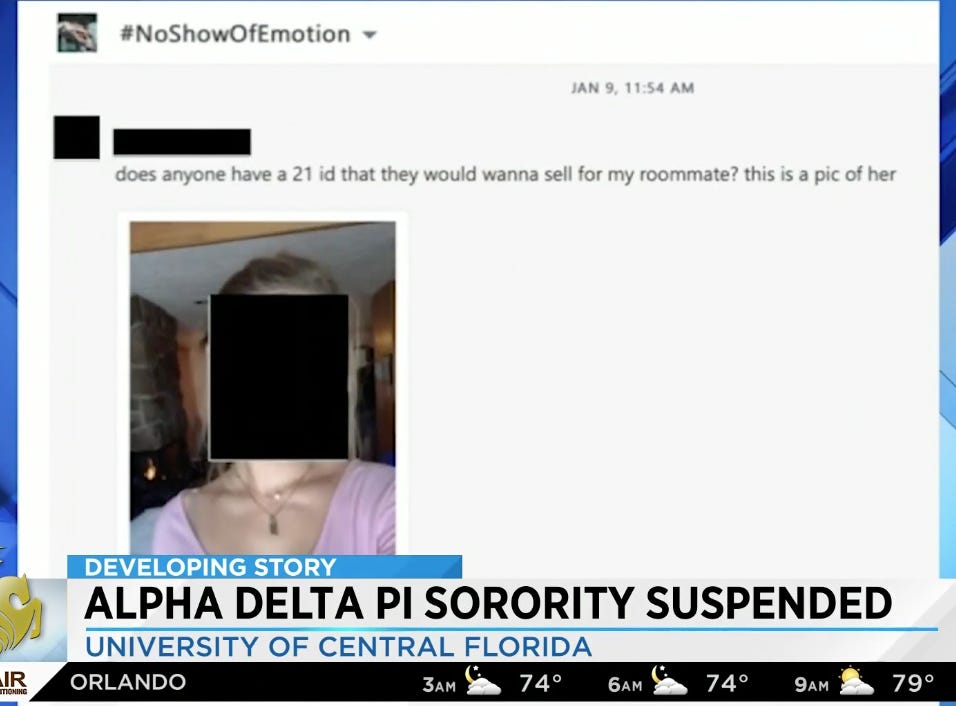 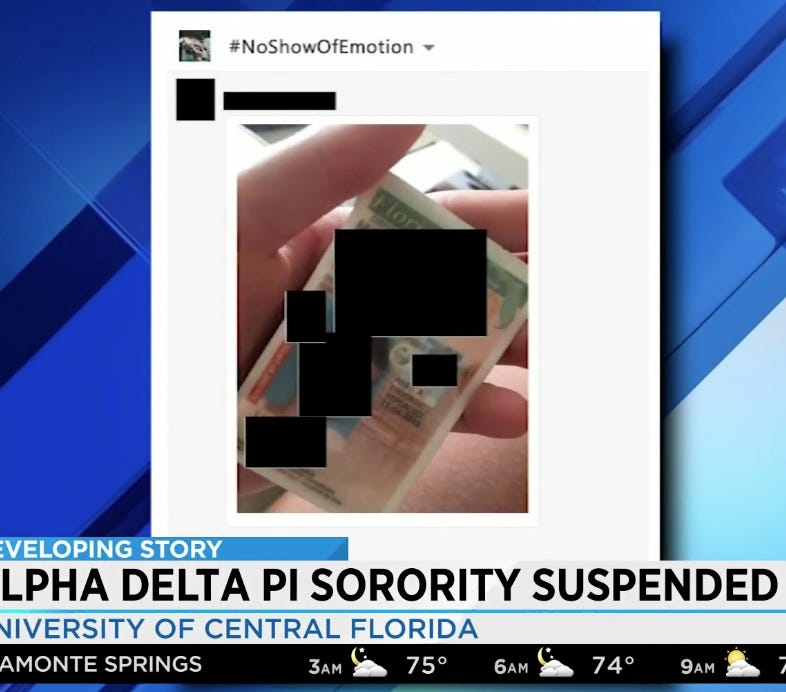 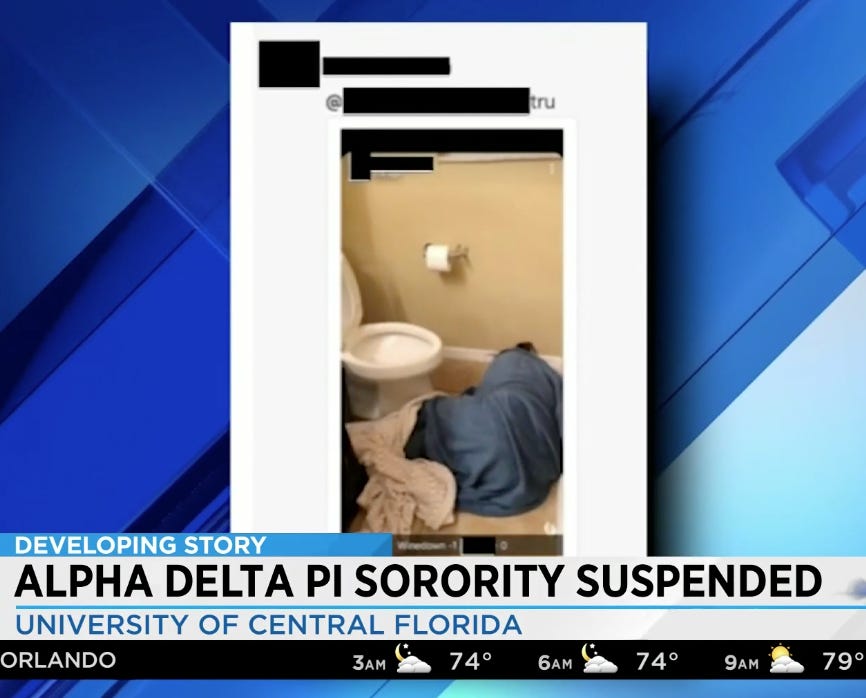 If the sorority does find out who did this, they may have to Big Pussy Bonpensiero her ass.