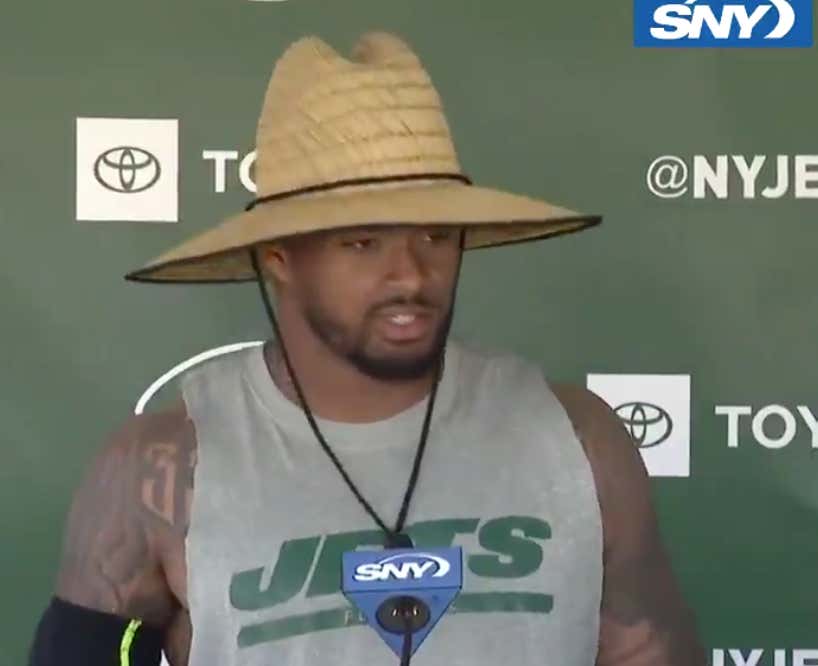 The first drive on Thursday night was the most excited I’ve been watching a Jets preseason game in a long time. I know that’s sad to say, but Darnold and Jamison Crowder fired me up.

I’m realistic about the Jets this season, but I am the most bullish I’ve been for a Jets team in a long time. That only increased when I saw this:

This is what you get when Gregg Williams is your defensive coordinator. Back in New Orleans, there were bounties on players, but now it’s the feelings report. That’s the changing in the times, but it’s good to see he’s still not falling to the PC culture that is America.