(Chicago)–Financing for any of the five casino sites studied on South and West sides is “not feasible,” because of an “onerous” tax structure established by the Illinois General Assembly, a consultant hired by the Illinois Gaming Board has concluded.

In a highly anticipated report expected to set the stage for a fix during the General Assembly’s fall veto session, Union Gaming Analytics concluded that a Chicago casino “has the potential to become the highest grossing casino” in Illinois — “significantly higher” than the “market-leading” Rivers Casino in Des Plaines, which generated $441.8 million in adjusted gross receipts last year — but only if officials lighten the tax burden on developers.

Mayor Lori Lightfoot said the city is far from folding on the gambling den that has eluded city and state leaders for decades.

The study released Tuesday “confirms our concerns about the tax structure,” she was quoted as saying in a news release.

Should we build the highest grossing casino in Illinois which will bring in as much as a BILLION dollars per year or…ORRRRR…should we continue to just get the I-Pass tollway revenue from the people who are on their way to Rivers or the Horseshoe? Hmmm

I really don’t understand why these things are so hard. The majority of the people want a casino. Okay, great. It’s passed. We need that casino to have a sportsbook. Okay, that’s passed too. Okay, where should we put it… 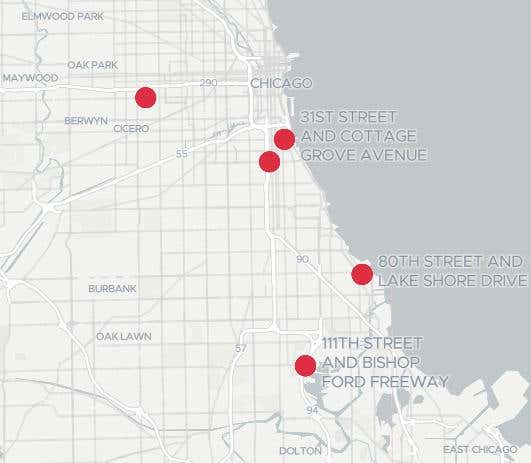 These are the 5 proposed locations. They’ve done the feasibility studies. Two of the locations are predicted to make more than $24M in profit. The other three make under $6M. So like…what is the big debate here. This isn’t a library, or a museum, or school. It’s a place where degenerates can go to piss even more of their money away back to the city. This shouldn’t be a hard decision. It shouldn’t be some long, drawn-out process. The location on 31st Street makes a shit ton of money, will have great views of the city skyline to make it a tourist attraction and it’ll gross almost a billion dollars. What the fuck are we even talking about here. This money is supposed to go to firefighters and police pension funds. You’re going to jeopardize that or fuck around and put the casino in a place that makes 20 million dollars per year less? Look at what the city is asking for here

And with a “reconciliation fee” due in three years equal to 75% of the casino’s most lucrative 12-month span — a colossal $502.6 million in the Reese scenario — it “would wipe out any profits generated for many years, if not decades.”

Tack onto that up-front application and licensing costs that could top $135 million, and it “results in none of the five sites being financially feasible,” the consultant found.

And you wonder why people are leaving the city and the State. Good lord. Just build the casino, create the jobs, take my money, and be done with it.