I mean…damn. This fantasy league does not mess around. Or I guess they do mess around, wayyyyy more than they should. My mind is bottled. But I gotta say, the tattoos are pretty good. I guess they take the hottest issue/pop culture moment of the year and toss it on someone’s thigh. 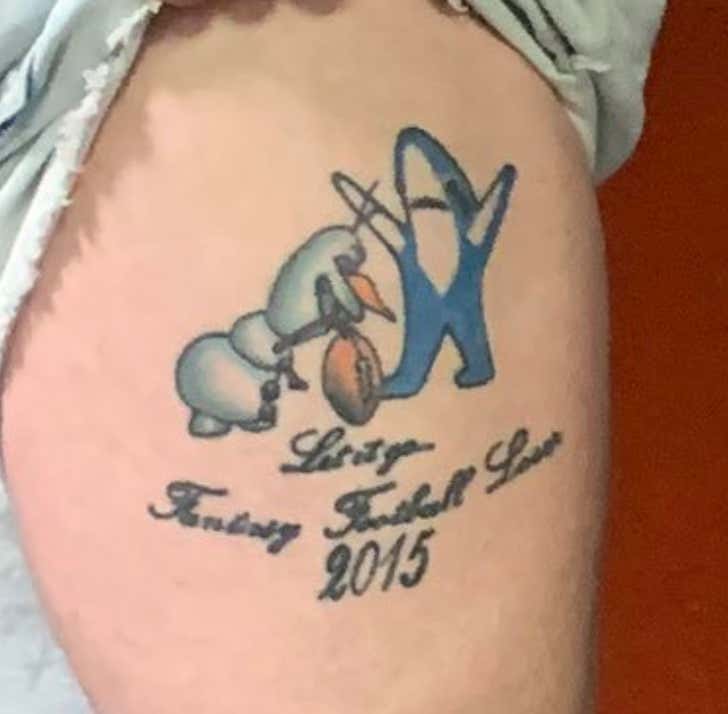 Left Shark and Olaf, the big swinging dicks of 2015. 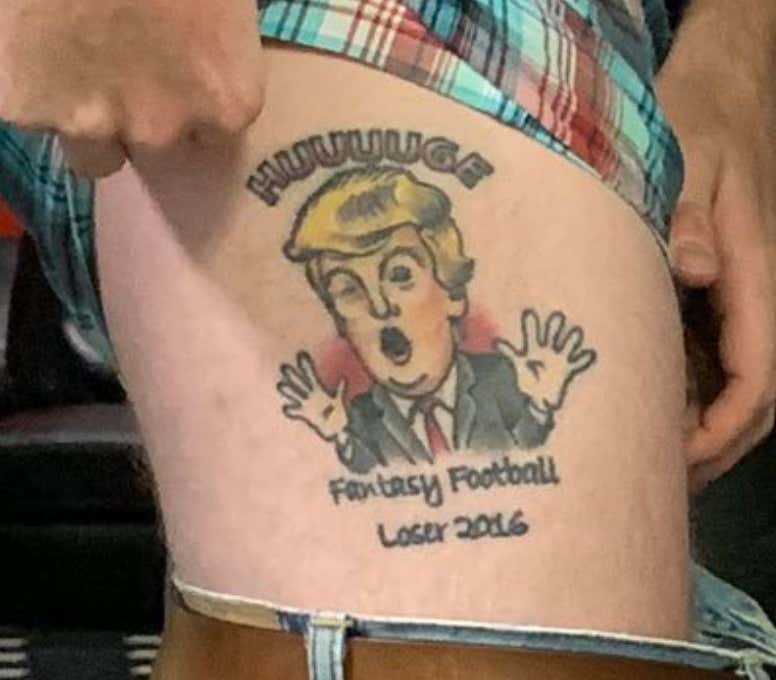 Of course Trump for 2016. That’s a tough one for a lot of people. Not sure which way these guys swing politically, but I can imagine if that was a punishment, the loser was none too happy. 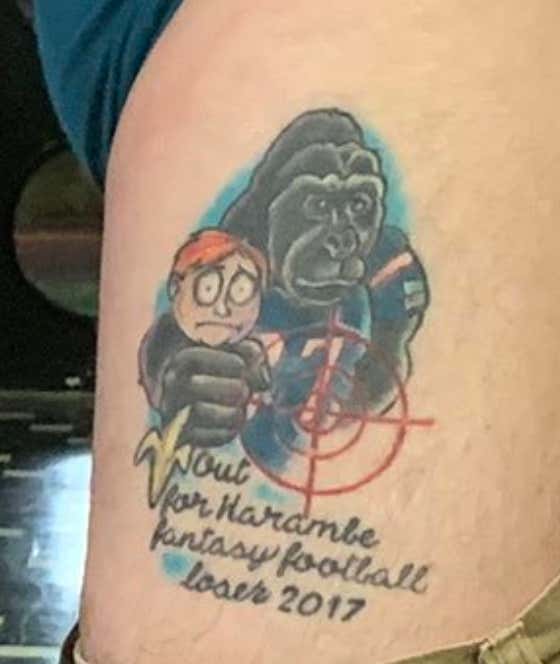 Rick and Morty and Harambe. This is a time capsule for the Internet 2017. When the world is sucked up by the sun, this tattoo is all that remains. 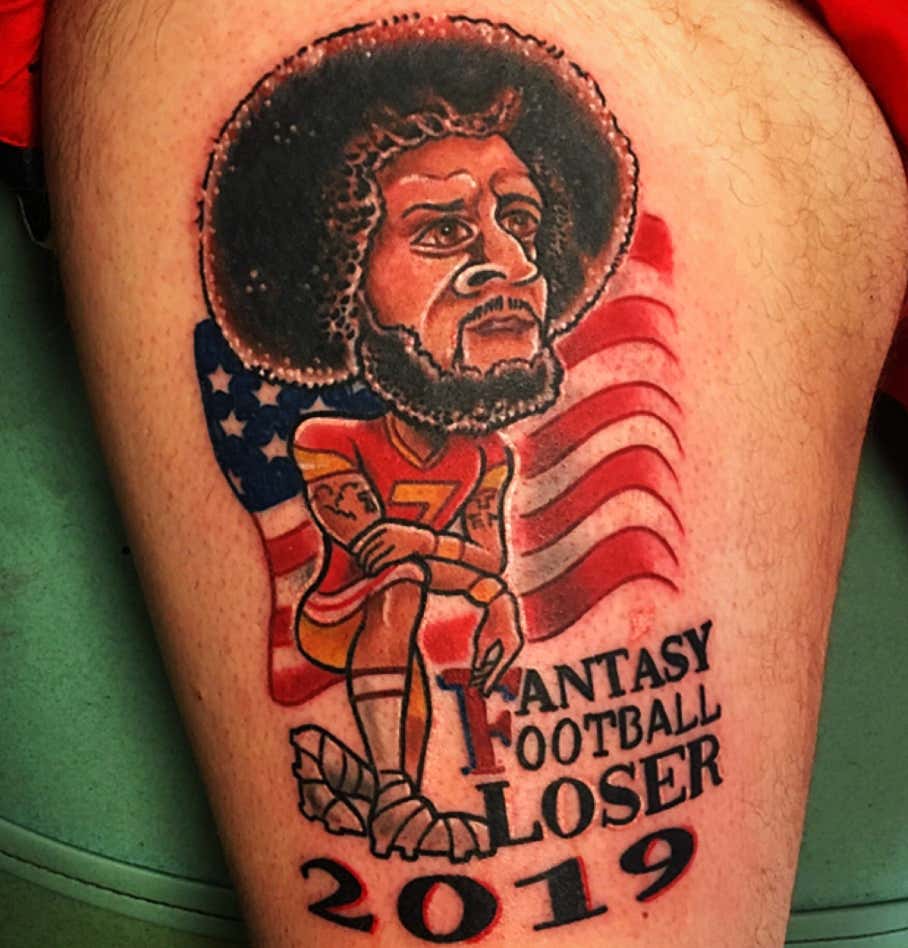 And 2019. Kaep kneeling, but of course. Imagine going to your girlfriend’s beach house and you then have to explain to her parents of the girl you’re trying to impress how you got that tattoo…because you lost your fantasy league. That’s a tough one.

Will we have a similar punishment for losing the new Barstool Fantasy league?