This is a GREAT day. This is the first full day of college football. We've got a bunch of games, we have some really good teams playing and a couple of interesting matchups. We get #1 Clemson in action, we get Texas A&M, UCLA, Cincinnati, Utah, and more. It's going to be a very good night and the only thing we need now, is to know where to place our bets to ensure profits. The first games of the year are always tricky because it involves the unknown. This is particularly true in college where we are seeing players for the very first time on a big stage. Having said that, we will not shy away from this week. No, no. Quite the contrary. We will attack this week vigorously and with an unmatched fervor. Here's what I'm on tonight. 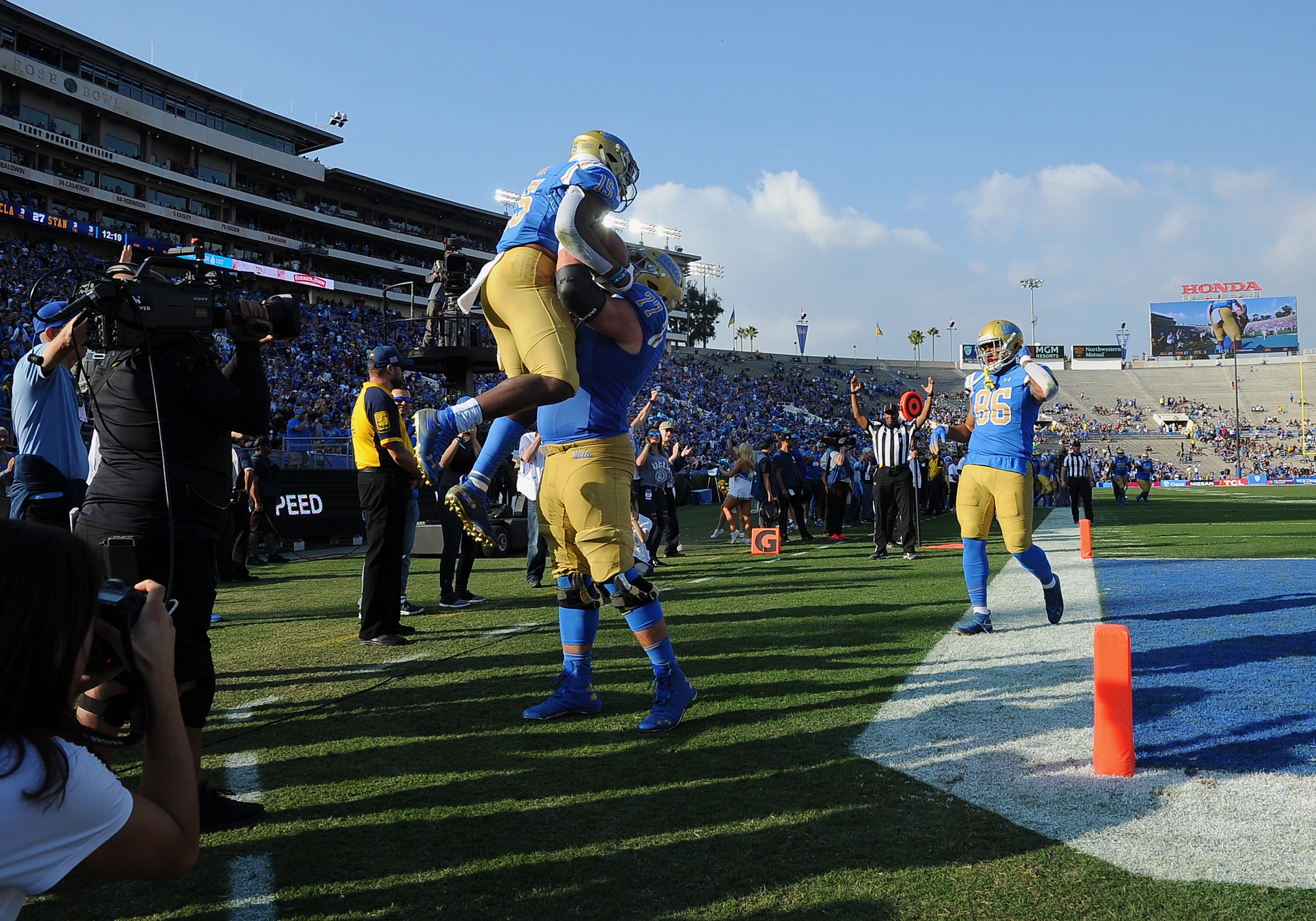 These two teams played last season and Cincy was a 26-17 winner over the Bruins. Couple of things to note from that game. First, UCLA lost starting QB Wilton Speight early in the game and was forced to turn to Dorian Thompson-Robinson who was making his college debut. Second, that Cincinnati defense was among the best in the country. This year, Thompson-Robinson has experience playing and has been prepped all spring to be the starter in the second year of the Chip Kelly era. Also, UCLA returns four starters on the offensive line and ten defensive starters. There should be some degree of continuity and growth on the Bruins side of this equation. Cincinnati lost three starters on the defensive line who accounted for fifteen sacks last season. Also, just an odd note, UCLA has a 31 year old punter. THIRTY ONE. That's the definition of veteran leadership.

Clemson is going to win this game. Clemson is going to win this game by a lot. Georgia Tech is not the same team we are used to seeing. They are now led by new Head Coach Geoff Collins who is going away  from the triple option offense of retired coach Paul Johnson. This may work long term, but in the short term Collins is trying to find round pegs into square holes by taking players recruited to play the option and installing a more conventional offense. Obviously this being game one, there would be struggles to begin with, then factor that the game is on the road against Clemson…yikes. Clemson should roll here, which means they likely pull the starters relatively early with a very tough game against Texas A&M next week. Clemson will score, but I don't think Tech holds up their end of the bargain with regards to the total.

The Utes have high expectations this season. They are one of the favorites in the Pac-12, and have an outside chance at a playoff birth if they live up to the hype. They enter the season ranked #14 in the country and start their season with the "Holy War" against BYU. In Utah's last four trips to Provo, they are 4-0 ATS. I don't think that changes tonight. Utah returns Tyler Huntley at QB and Zack Moss leads the rushing attack. They provide a formidable offensive foundation for the Utes, but the strength of this team is really their defensive line. This is a top defensive unit in the country by nearly any metric, and they will make life nothing but difficult for the Cougars tonight. I look for Utah to start this campaign with a nice win against an in-state rival.