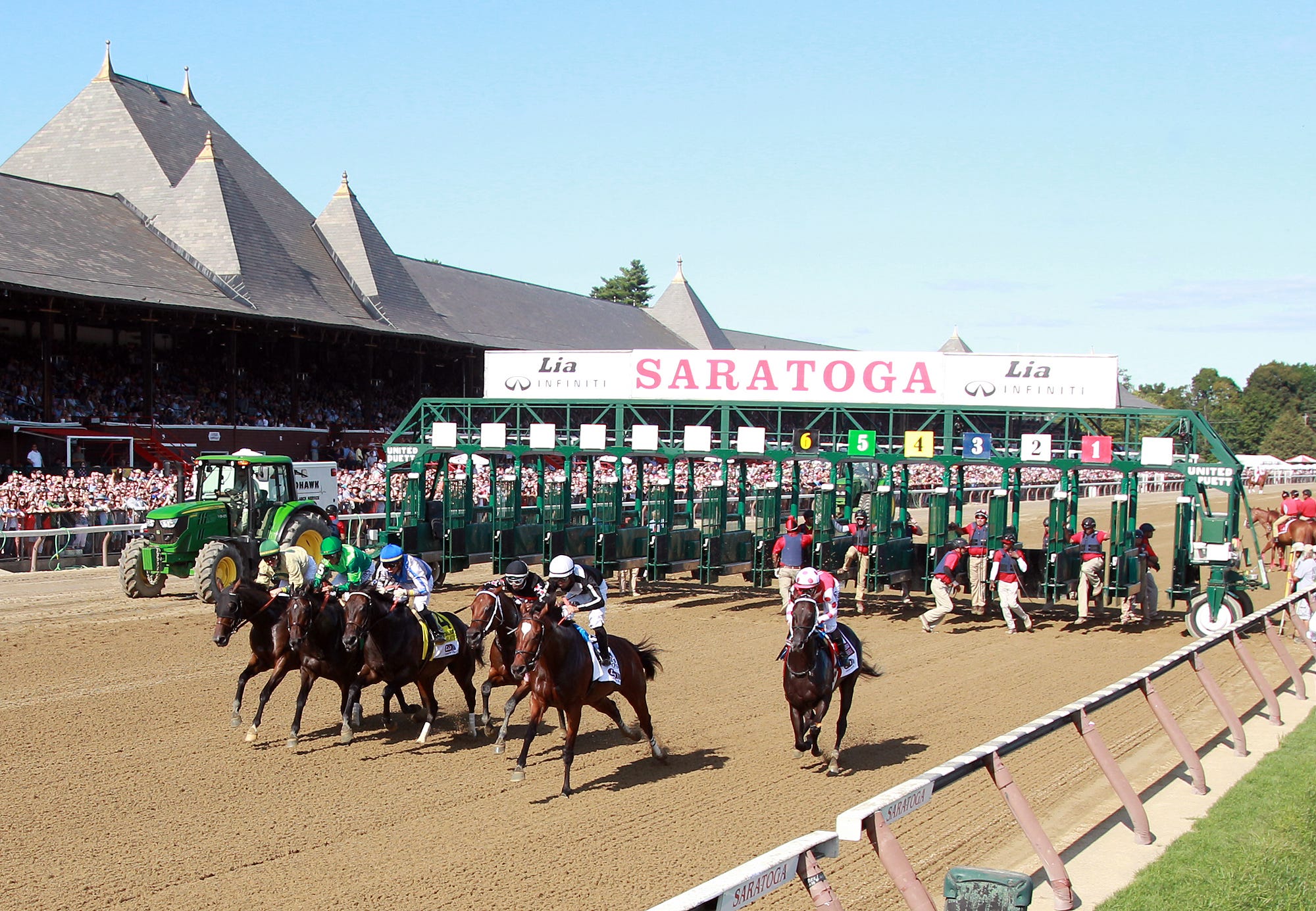 College football is back in full swing tonight and I'm excited. So excited, in fact, that I can't wait for kickoff to start gambling. I want to get going now, so that I'm at full throttle when the games kick tonight. That means afternoon horse racing. We're getting to the tail end of racing at the spa up in Saratoga, but there are still good horses and big races going on. One of them is this afternoon in the $100,000 P.G. Johnson Stakes. It's the 9th race on the card and should go off at about 5:18pm eastern. I'm going to play a trifecta boxed in this one, here's what I'm thinking:

(3) Ginseng (8-1)--This horse has one career start coming into this race and it was an impressive win at Indiana Grand back on August 6. That race was a mile in distance, whereas this one is a mile and a sixteenth, but watching the replay, I'm not concerned about her ability to go the extra sixteenth of a mile. Additionally, she is trained by excellent trainer Brad Cox and ridden by the legendary Javier Castellano. This is a horse that adds value to your ticket and might just win the damn thing.

(6) Crystalle (3-1)--This horse was taken down after "winning" her last time out at Saratoga at the beginning of the month. After the DQ and being placed third, she gets a new rides in Joel Rosario. Rosario should be able to keep her clear of traffic as he likes to take his horses to the outside and run down the center of the stretch. She needs to be placed in any exotics.

(7) English Breeze (5-1)--English Breeze broke her maiden two weeks ago with a win right here at Saratoga in impressive fashion. Now, she didn't give rider Manny Franco the easiest of trips around two turns, but ultimately she had a big move in her and opened up down the stretch. My only concern is seeing how she bounces back off a short rest, as she's never had to do it before.

(8) Sweet Melania (9-5)--This horse has a lot to like. First the pedigree. She is the daughter of American Pharoah. Not bad, right? Then she also has excellent connections, with Hall of Famer Todd Fletcher training and fellow Hall of Famer Jose Ortiz riding. She won her last time out at Saratoga last month and is training excellently as she recently fired a bullet work in prep for this race.

If we can get three of these four at the top of the board we have a shot at a nice little value, since only Sweet Melania is ultra-chalky. Either way, it's a nice way to get tuned up for the start of college football on a Thursday.